Conditions in the Chinese coronavirus origin city of Wuhan have so deteriorated that state propaganda outlet the Global Times could not mask Wednesday the “bombshell” damage of the current outbreak, reporting empty streets, residents hoarding food, and citywide lockdown measures.

China is currently experiencing a surge in coronavirus cases nationwide. Beijing reported its first confirmed cases since January in late July, identifying two positive cases in a couple known to have traveled to a virus hot spot. China has long faced suspicion of reporting low case numbers to minimize the severity of its outbreaks. Government action, however, betrays a more dire situation as the government has since cut off almost all transportation into and out of the national capital in an effort to limit the spread of the virus. 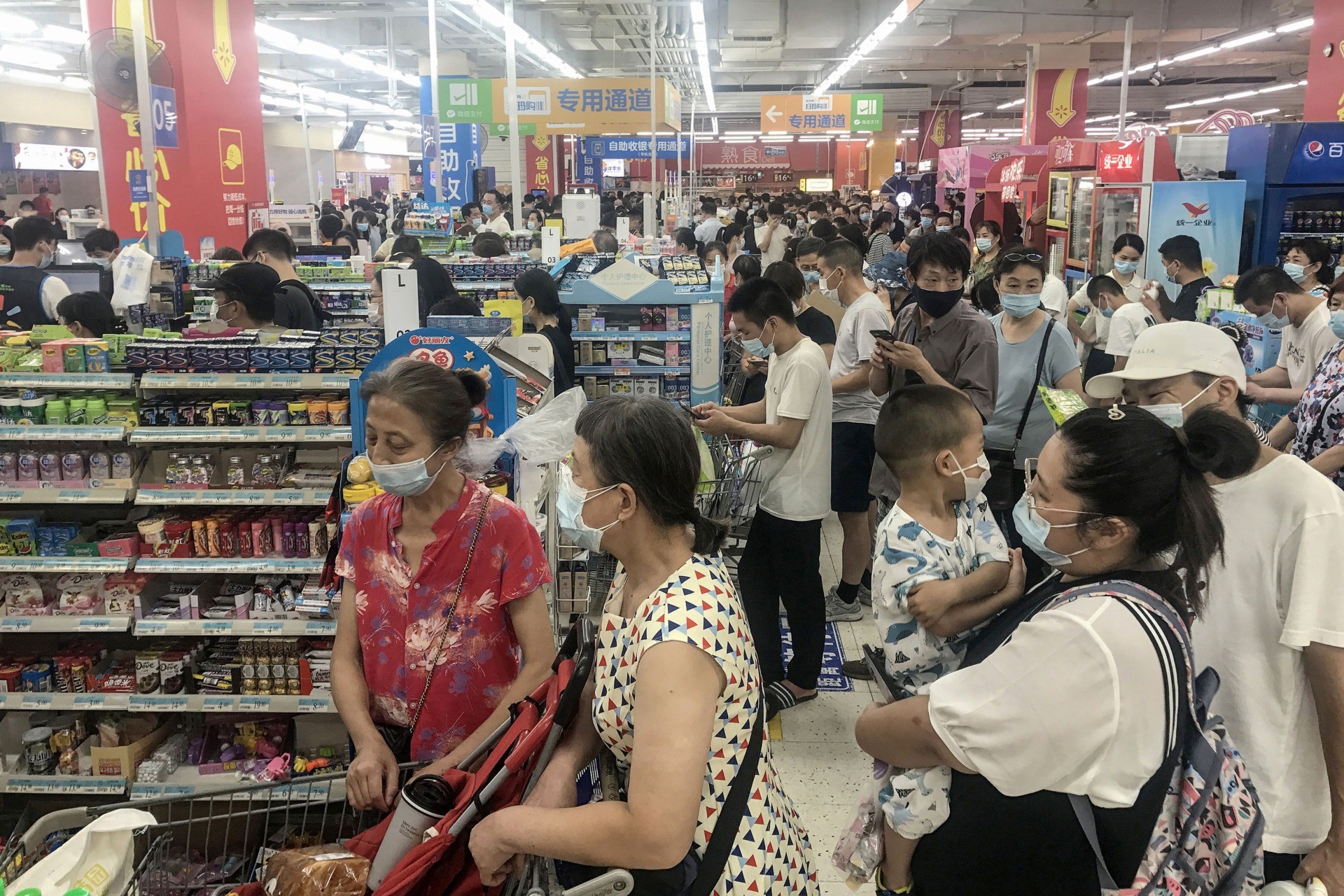 This photo taken on August 2, 2021 shows people buying items at a supermarket in Wuhan, in China’s central Hubei province, as authorities said they would test its entire population for Covid-19 after the central Chinese city where the coronavirus emerged reported its first local infections in more than a year. (STR/AFP via Getty Images) 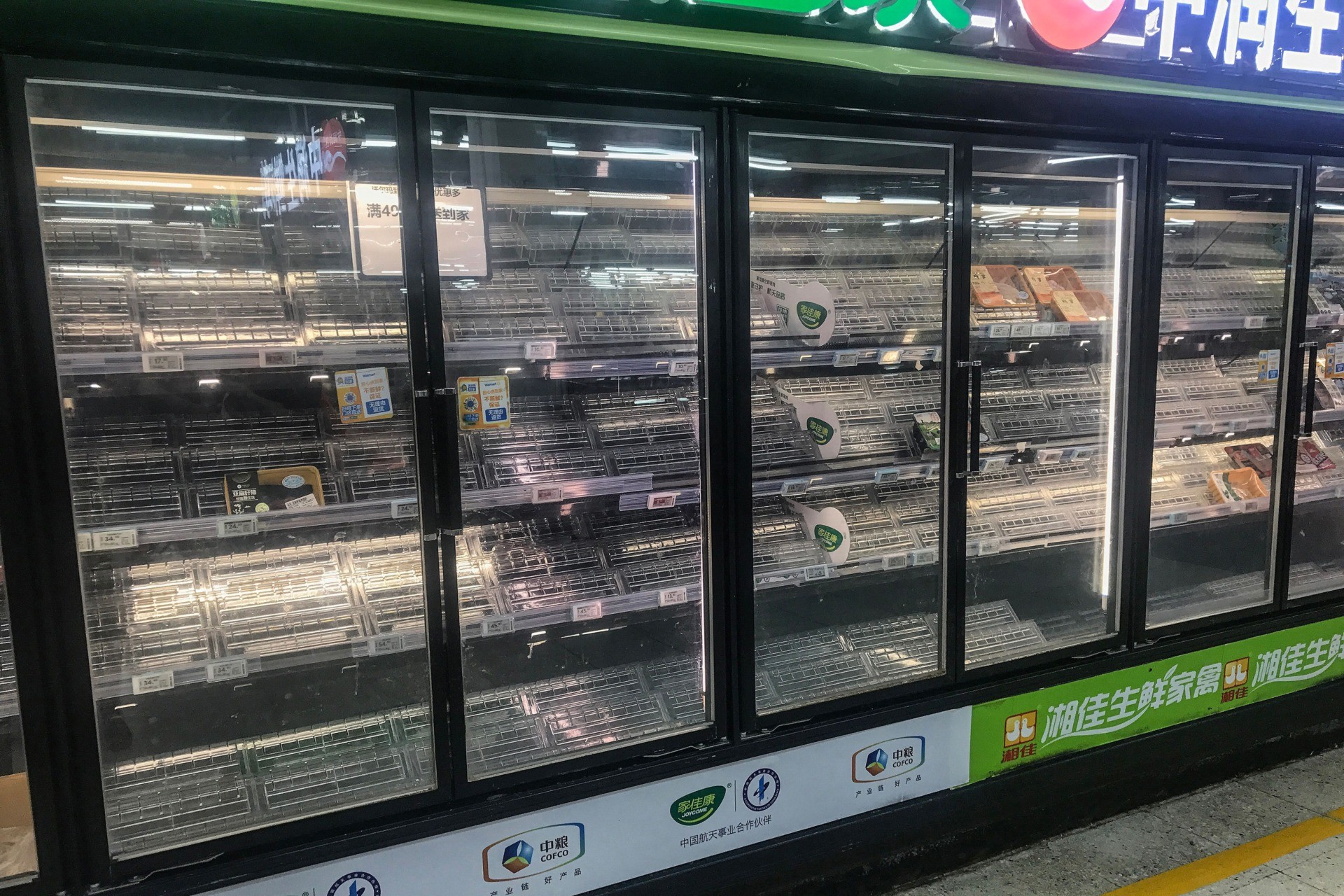 This photo taken on August 2, 2021 shows empty shelves as people buy items at a supermarket in Wuhan, in China’s central Hubei province, as authorities said they would test its entire population for Covid-19. (STR/AFP via Getty Images)

After bemoaning that Wuhan shut down over just seven detected cases of the Chinese coronavirus, the Times asserted that the city was not “making a mountain out of [a] molehill” by responding drastically. The city swiftly canceled offline education and cut tourist capacities at major destinations in half. The outlet further noted that the local health authorities were overwhelmed following the announcement as residents and tourists flooded local facilities to see if they had come in contact with confirmed cases.

The city implemented compulsory testing on Monday for a population of 11 million. Health officials consequentially identified another nine cases on Wednesday, per the Times, which they attributed to the Delta variant of the coronavirus, originating in India. The city announced it Wednesday has reserved 31,300 isolation rooms and another 9,000 for the next three days. It also announced the lockdown of 56 neighborhoods and 11 construction sites linked to the outbreak. 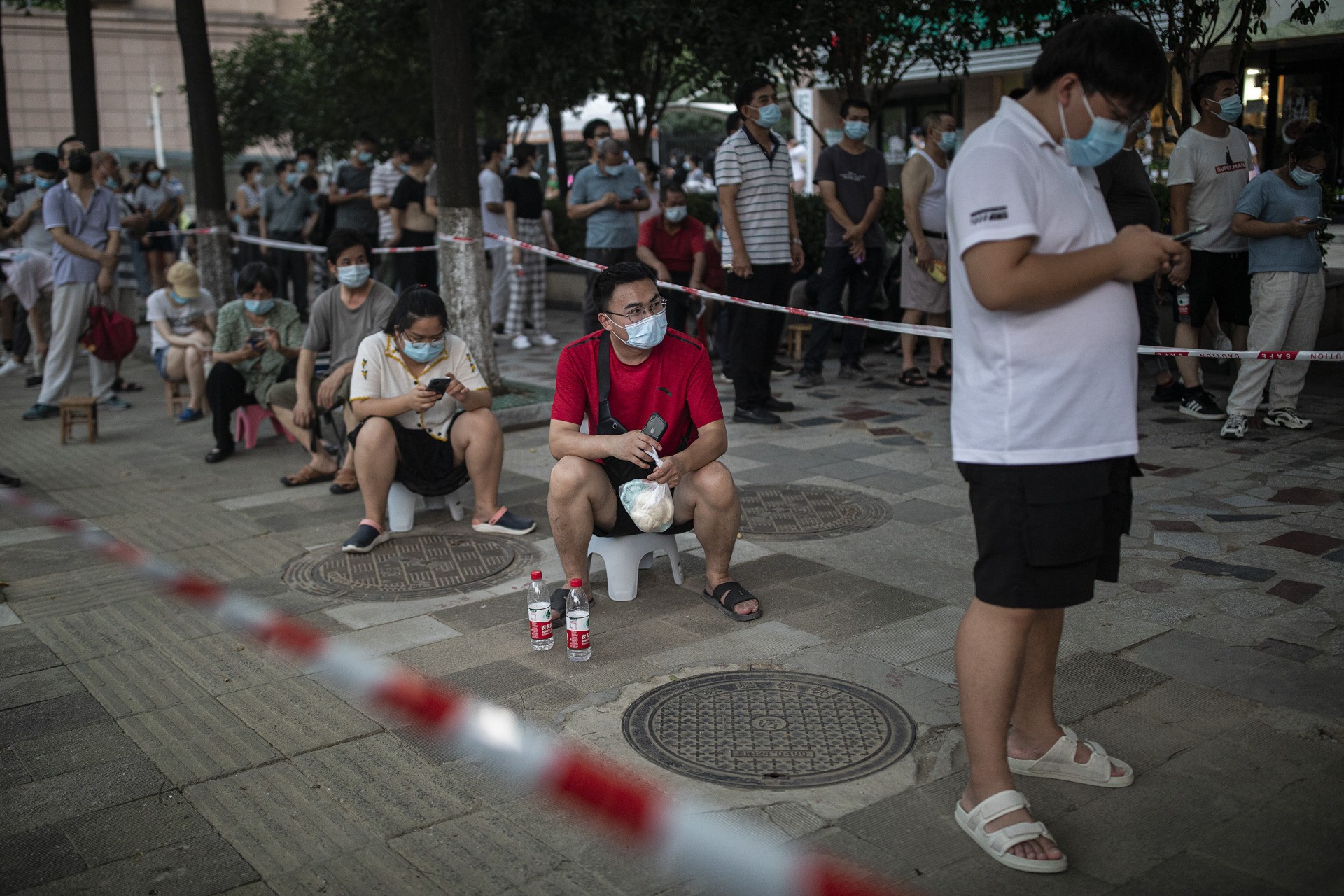 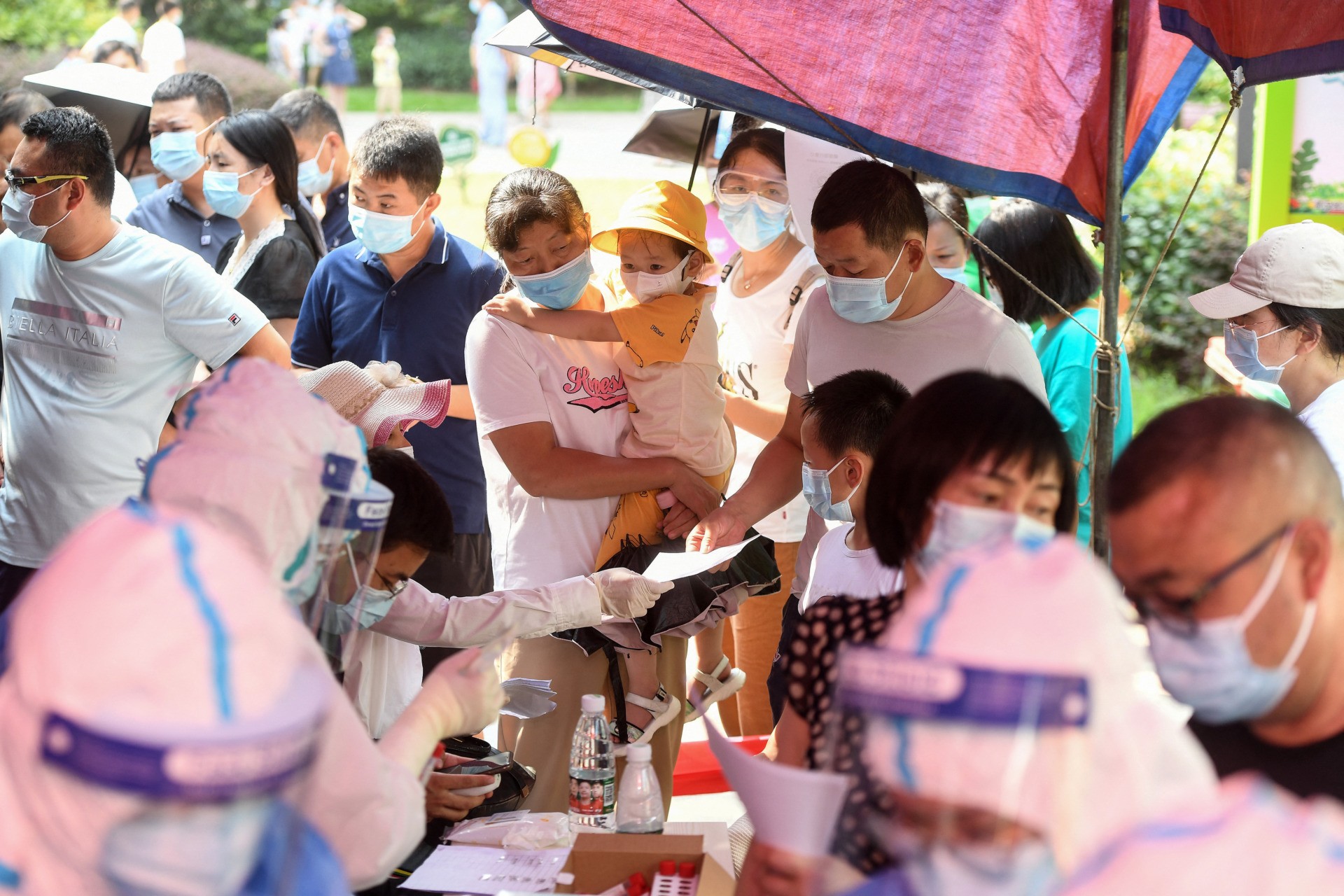 Residents queue to take nucleic acid tests for the coronavirus in Wuhan in China’s central Hubei province on August 3, 2021, as the city tests its entire population for Covid-19. (STR/AFP via Getty Images)

The Global Times then conferred with locals who did little to minimize the situation. Luo Ning, a Wuhan resident, said she applied to work from home, asserting to the outlet it is “better not go around now, it’s dangerous outside” before comparing the public response to that of the initial outbreak, which in some cases saw Chinese authorities weld doors shut to keep residents inside their homes.

“The look of the city, suddenly so empty, threw me back to the first days of coronavirus,” she added.

Another resident the outlet highlighted, local woman Chen Jingyuan, downplayed the chaos, but conceded Wuhanese were preparing for the worst.

“People started to stockpile food, disinfectant and masks, but in an orderly fashion. Nobody was snatching stuff or anything,” Chen said. 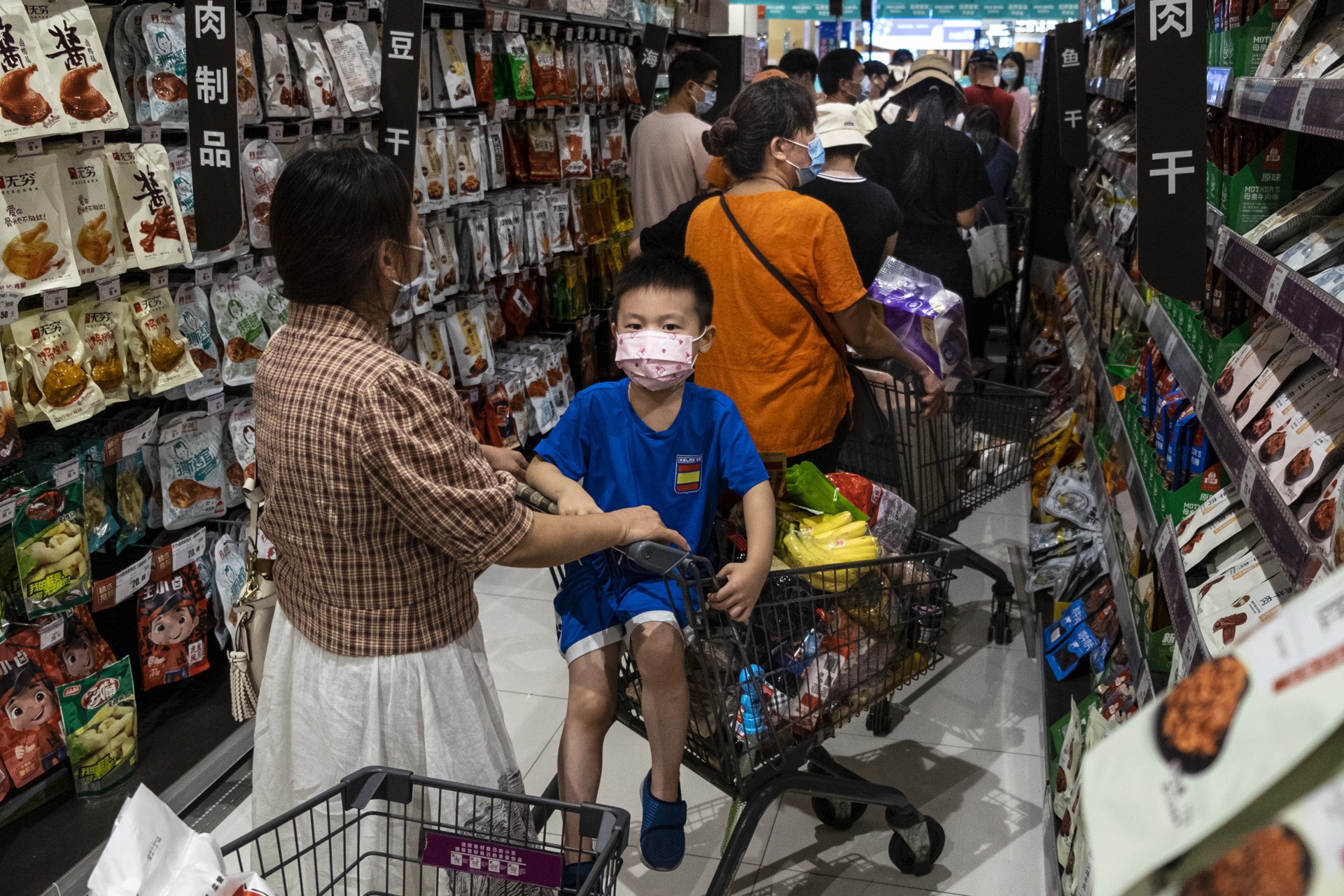 People wear protective masks as they line up to pay in a supermarket on August 2, 2021 in Wuhan, Hubei Province, China. (Getty Images) 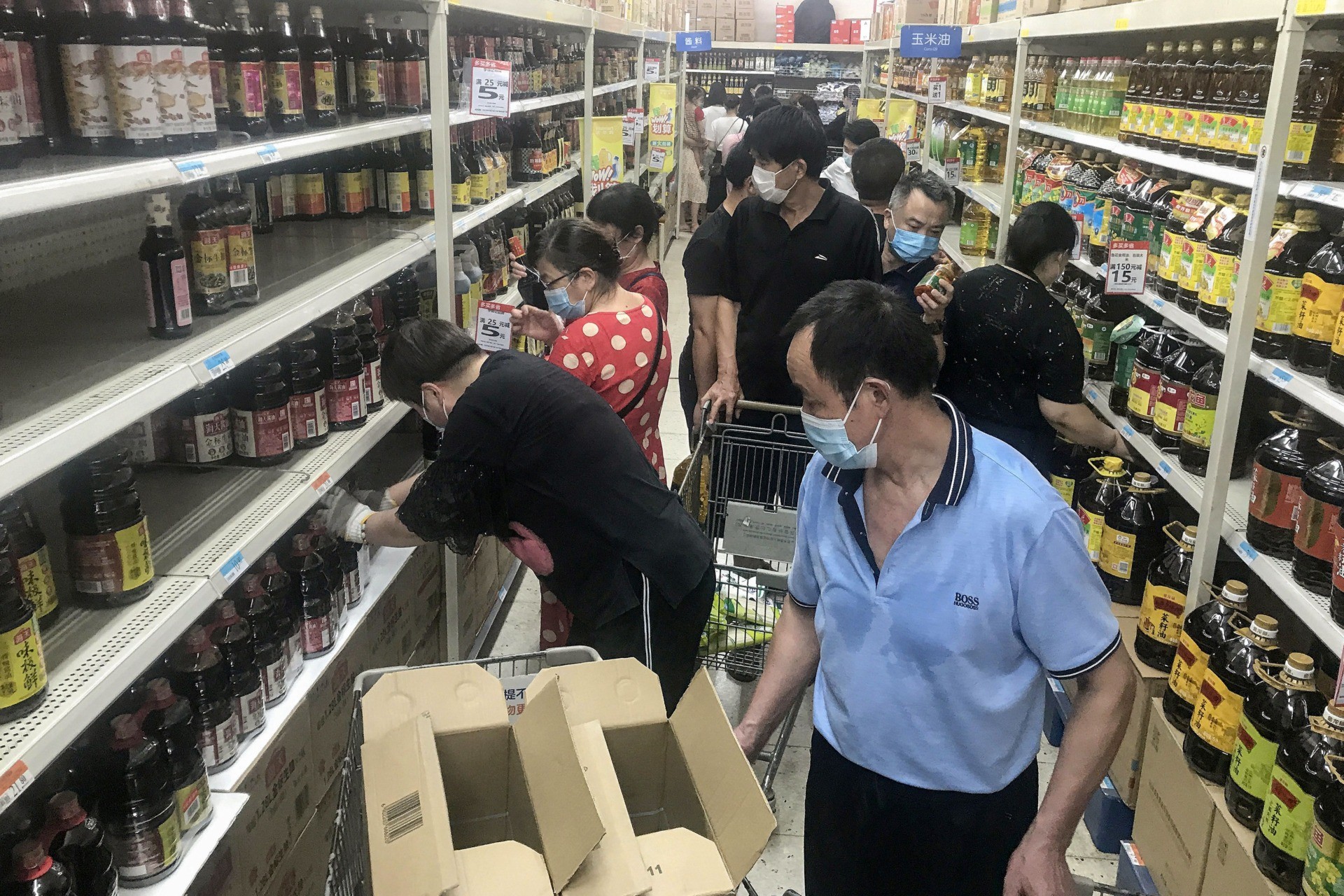 This photo taken on August 2, 2021 shows people buying items at a supermarket in Wuhan, in China’s central Hubei province. (STR/AFP via Getty Images)

A third resident grimly warned that Wuhan’s experience with the initial virus made people take it more seriously, asserting, “the seemingly hilarious panic of Wuhan people should not be chided at or mocked.”

He went on to assert that Wuhan, more than anywhere else, “experienced the most helpless and darkest times.”

Wuhan first documented cases of the Chinese coronavirus in December of 2019. The Chinese Communist Party made no public indication that the situation had caught the attention of the highest levels of power, as dictator Xi Jinping did not weigh in on the situation. In January 2020, Xi left the country for a diplomatic trip to Myanmar. As the situation in Wuhan became international news, Chinese state media, including the Times, labored tirelessly to cover Xi’s apparent apathy toward the emerging outbreak and the suffering of Chinese citizens, insisting at the time that “Xi personally commands the people’s war against the epidemic. He has been paying constant attention to the epidemic prevention and control work and made oral or written instructions every day.”

Xi did not visit the city until March 2020, at which time he declared the pandemic “has basically been curbed.” Chinese Premier Li Keqiang, by contrast, was in Wuhan less than a week following the official announcement of the pandemic.

Chinese communist authorities have repeatedly attempted to declare victory over the coronavirus and used Wuhan as a staging ground in its efforts. The city played host to a crowd of thousands during New Year’s Eve festivities; Chinese state media loudly disregarded concerns the mass gathering would cause an outbreak. Amid the very outbreak following that gathering, however, the Chinese Communist Party organized a mass celebration of its allegedly effective coronavirus efforts in Wuhan. Even following those two debacles, the city again staged large events in June of this year, allowing Central China Normal University to hold graduation for 11,000 students with no masks or social distancing.