In the past, both Ivanka Trump and First Lady Melania Trump had declined to cover their heads while visiting Muslim countries — as in President Donald Trump’s visit to Saudi Arabia in May 2017.

And for much of her visit this weekend to the United Arab Emirates, where she was the keynote speaker at the Global Women’s Forum, Ivanka Trump did not cover her head. 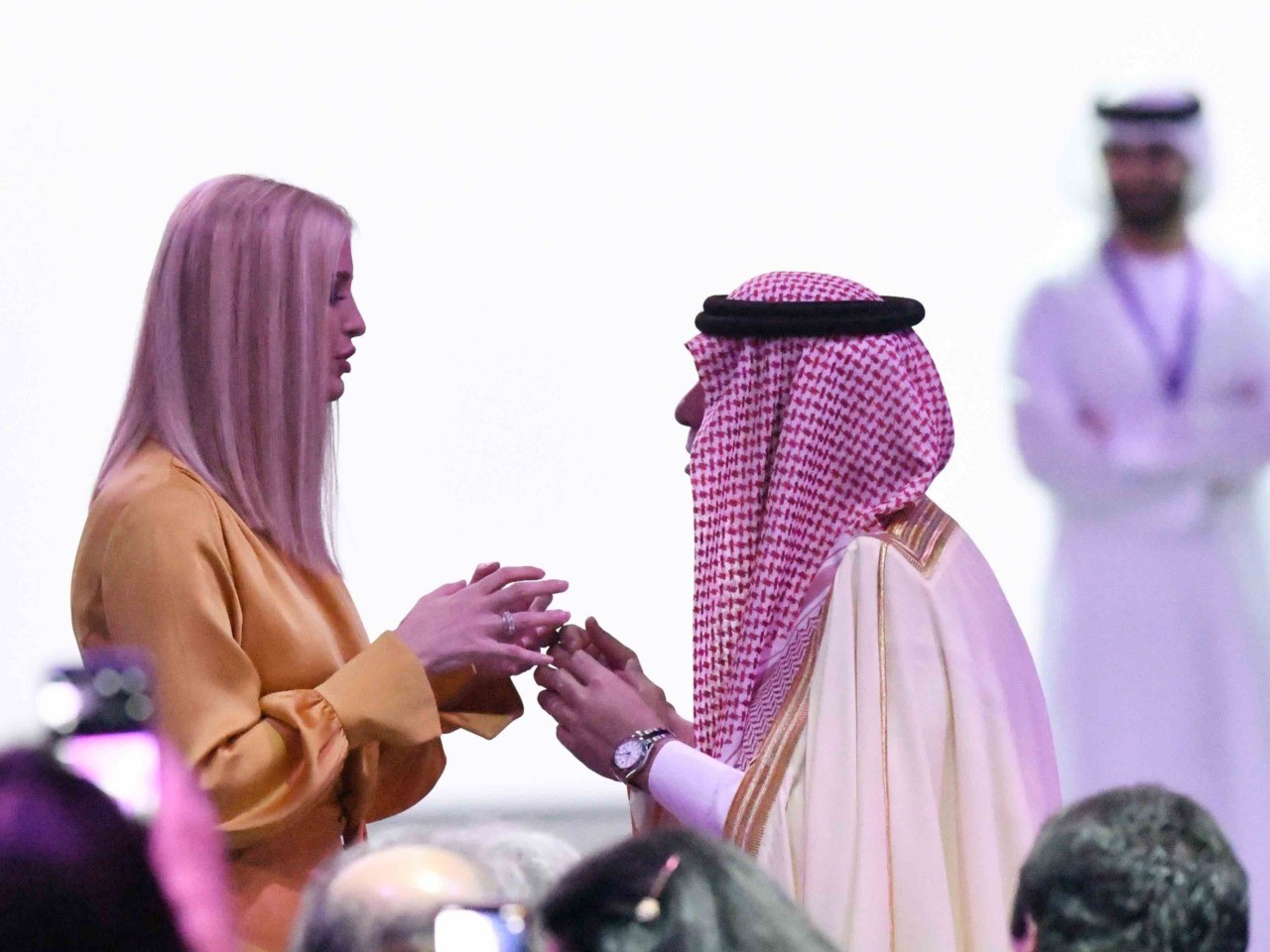 Ivanka Trump, senior White House adviser and daughter of the US president, speaks to an unidentified Emirati official during the Global Women Forum in the Gulf emirate of Dubai on February 16, 2020. (Photo by KARIM SAHIB / AFP) (Photo by KARIM SAHIB/AFP via Getty Images)

But in a visit to a mosque, a holy site, diplomatic protocol typically requires adherence to custom and decorum — as is the case for the holy sites of other faiths, such as the Western Wall in Jerusalem, where men of all faiths are expected to wear kippot or yarmulkes in accordance with Jewish tradition. At the Vatican, both Melania and Ivanka Trump covered their heads when meeting with Pope Francis.

In the Jewish faith, which Ivanka Trump shares, many married religious women also cover their heads out of modesty, especially in religious settings, though there is no Jewish equivalent of the Islamic veil.

In that context, Ivanka Trump’s visit to the mosque was also significant, as she is among the first Jewish people to be an honored guest of a kingdom that has been, until recently, cold toward Israel and Jews.

The United Arab Emirates has, until recently, barred Israelis from entering the country, in a policy that has been described as antisemitic. However, relations are warming and those restrictions are being eased.

Ivanka Trump praised the United Arab Emirates for recent reforms that granted more freedom to women in the country, the AP reported.