Israeli Prime Minister Naftali Bennett warned against an interim agreement with Iran the U.S. is considering, a day before nuclear talks with are set to resume in Vienna after a five month hiatus.

“Israel is very disturbed by the willingness to lift the sanctions and allow billions to flow into Iran in exchange for insufficient restrictions in the nuclear sphere. This is a message that we are passing along however we can, to the Americans and to the other countries that are negotiating with Iran,” Bennett said at the start of the weekly cabinet according to a readout from his office.

He added Foreign Minister Yair Lapid will voice the country’s opposition to the proposed interim agreement in meetings in London and Paris this week.

A senior Israeli official accused the U.S. of doublespeak when it came to Iran, the Jerusalem Post reported. 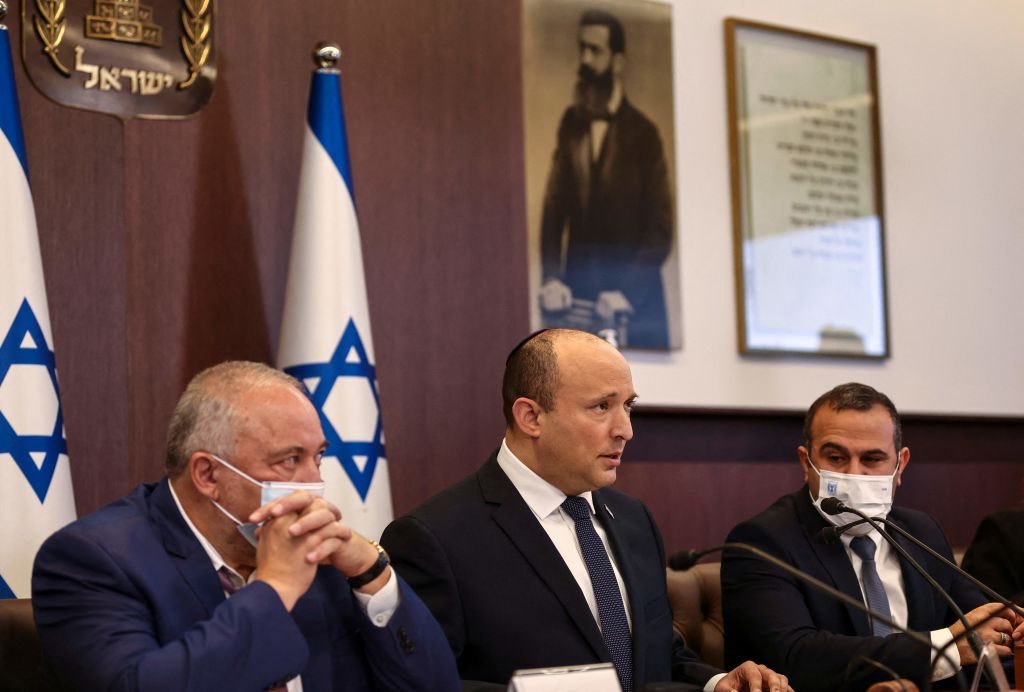 “The Americans are saying one thing to us and then the opposite within a few hours,” the paper cited diplomatic source as saying.

The Americans’ explanation [for seeking an interim deal] is that they don’t want to wake up in X amount of time and find Iran on the verge of nuclear breakout, so they just want to stop enrichment,” the Israeli source explained. “We agree, but we think it can be stopped differently… Our experience from 2015 shows us that any lifting of sanctions and injection of funds will end with [Iran] growing stronger in the region and advancing its nuclear program.”

Senior Iranian officials have made it clear they are only returning to the negotiating table to discuss lifting sanctions and not Tehran’s nuclear program or its ballistic missile program.
General Kenneth McKenzie, the Head of U.S. Central Command, last week said Iran is “very close” to a nuclear weapon, but the U.S. has options to stop them if diplomacy fails. 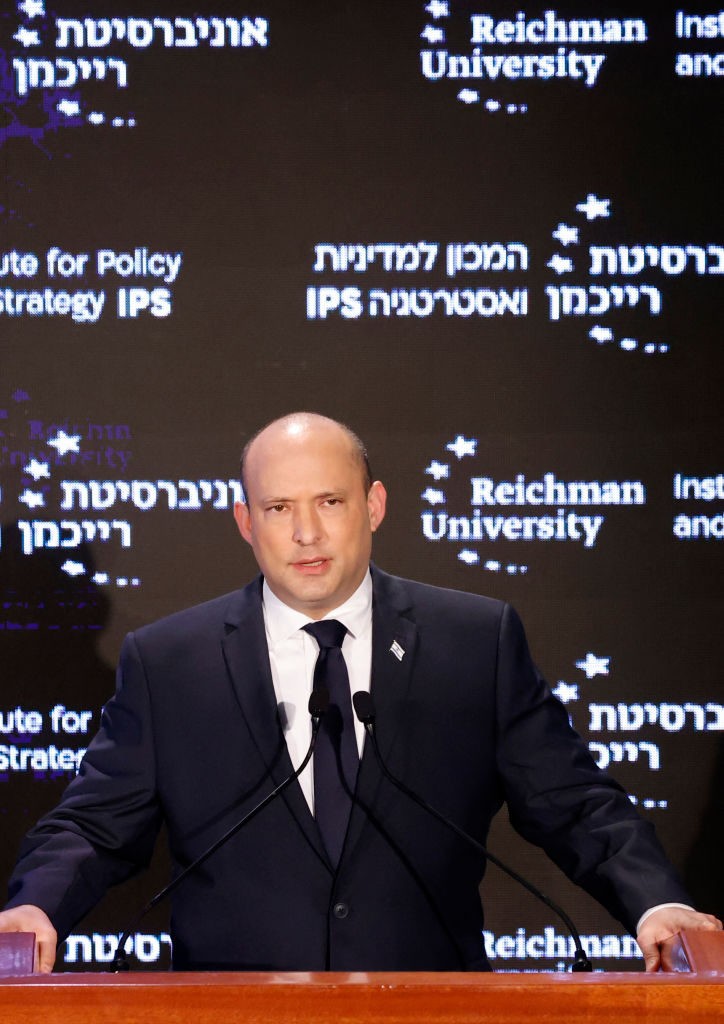 Israel’s Prime Minister Naftali Bennett speaks at the Reichman University’s Institute for Policy and Strategy (IPS) in the city of Herzliya on November 23, 2021. (JACK GUEZ/AFP via Getty)

It marked the first time a U.S. official has clearly implicated that a military intervention was on the cards.

According to the Times of Israel, both the US and Israel believe Iran build a nuclear bomb within a matter of weeks to months, with the uranium enrichment levels it has reached.

A recent report by the International Atomic Energy Agency showed that Tehran has increased its stockpiles of enriched uranium as many as six times in excess of the limit laid down in the 2015 nuclear agreement with world powers.