A snowstorm hit Jerusalem overnight Wednesday, prompting revellers and schoolchildren to take to the streets and dance it out in a holy winter wonderland.

The winter storm Elpis began with heavy rainfall and hail, followed by sleet which eventually gave way to snow, much to the jubilation of residents of the Old City.

A pizza store where this reporter huddled to get shelter was turned into an impromptu disco as the teenage wait staff blasted trance tracks and passers-by joined in an ad-lib snow dance.

Rave, Jerusalem style (ie, in a pizza store in the Jewish quarter of the Old City of #Jerusalem with orthodox Jews bopping in the snow 🌨️❄️) pic.twitter.com/a4W7QdZ4Z1

There was nary a soul at the Western Wall, except for a few brave worshipers.

“It’s so special to come here and have this holy [wall] all to myself,” one worshiper told Breitbart.

Another video from the snow falling at the Kotel in Jerusalem. Credit: Western Wall Heritage Foundation pic.twitter.com/GnciooxamH

“We’ve waited all winter for it to snow,” said one, who was wearing phalacteries (tefillin) on his forehead. 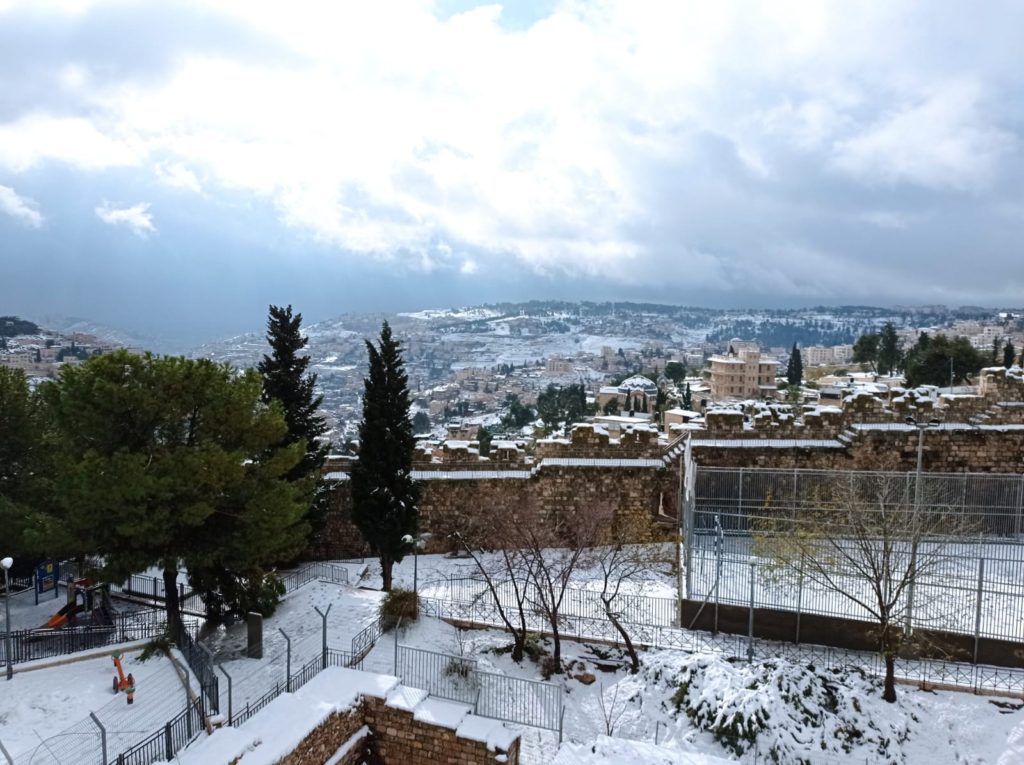 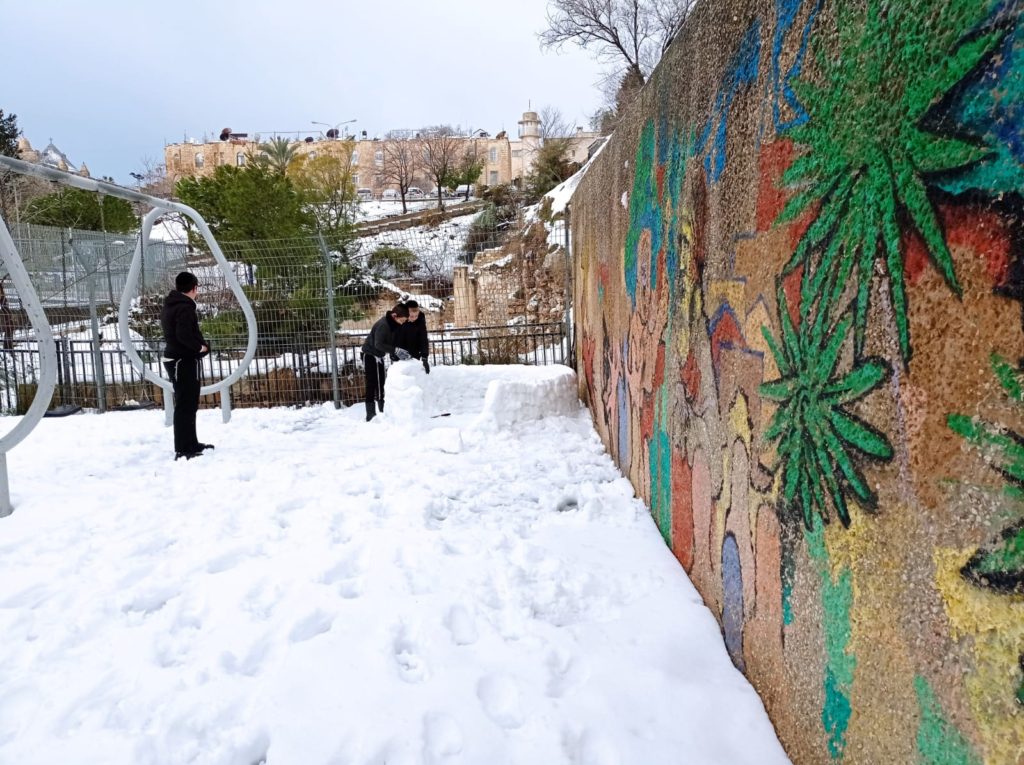 But a stone’s throw away, quite a different scene took place as Arab youths threw stones and snow balls at police near the Damascus gate. Twenty people were arrested.

On the other side of the Western Wall, few Muslim worshipers came out to brave the cold and pray on the Temple Mount. 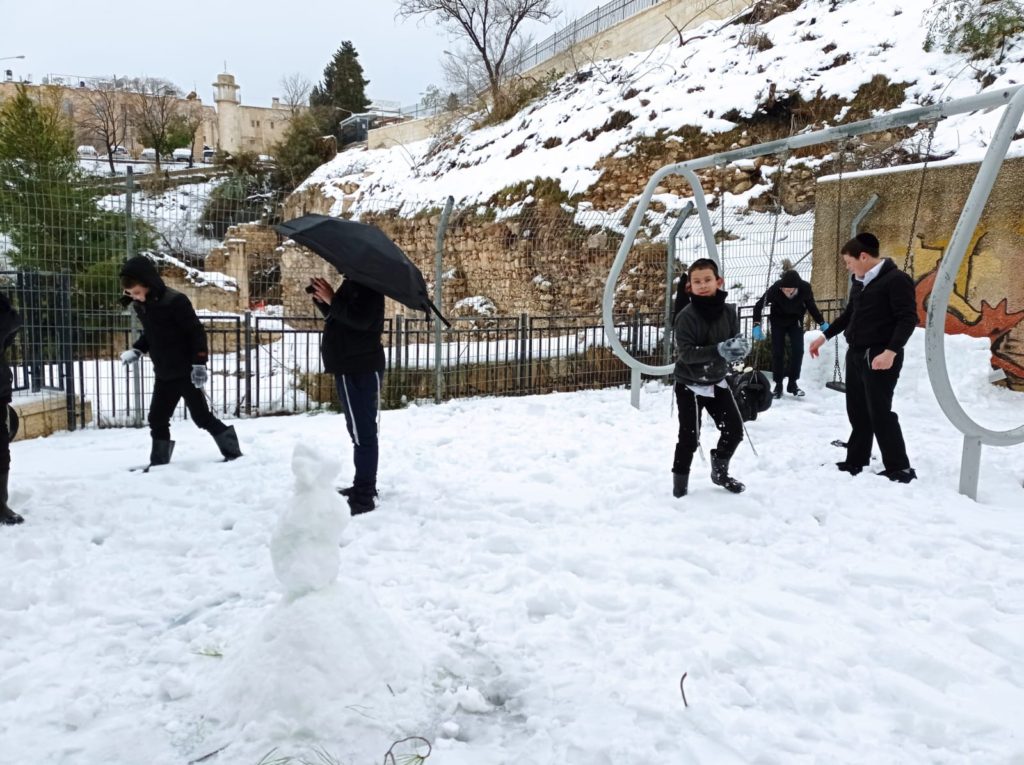 “There’s nothing like Jerusalem in the snow.” (Deborah Brand/Breitbart News) 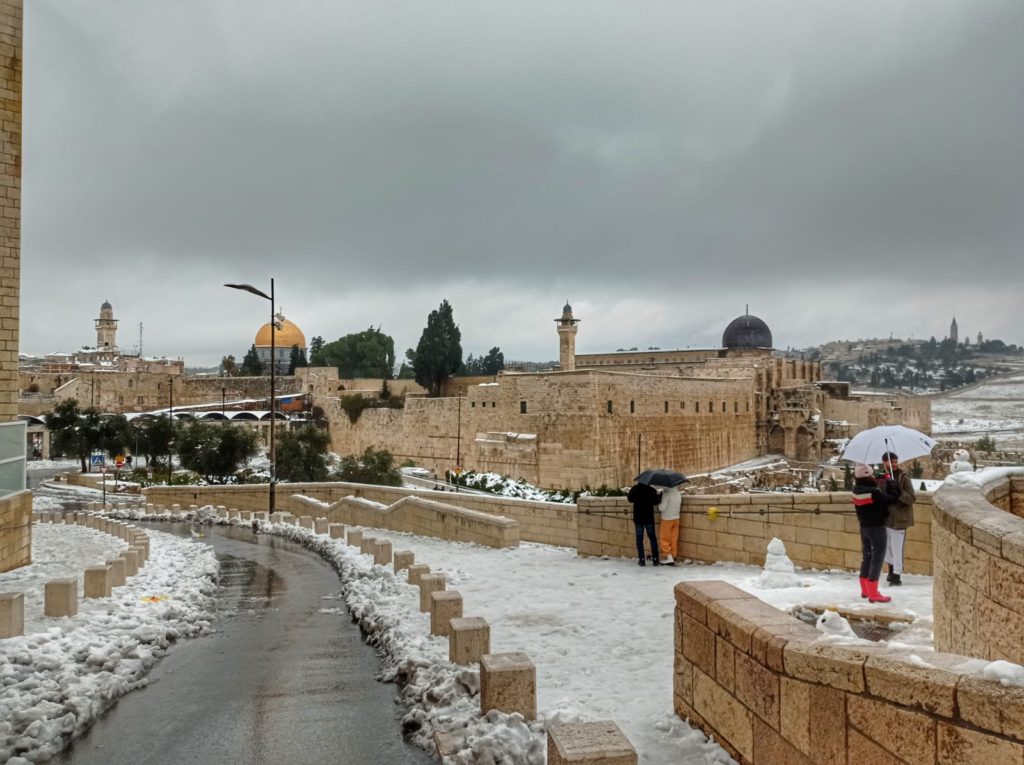 One, however, took the time to build a rocket in the shape of a rocket and drape it with the flag of Hamas.