Wynton Marsalis and his Jazz at Lincoln Center Orchestra (who in 2004 held a concert titled “Celebration of Human Rights and Social Justice”) spent all last week as grateful guests of a Stalinist/Apartheid regime that murdered more political prisoners in its first three years in power than Hitler’s murdered in its first six, that jailed political prisoners at a higher rate than Stalin’s, and that came within a hair of nuking the Lincoln Center. 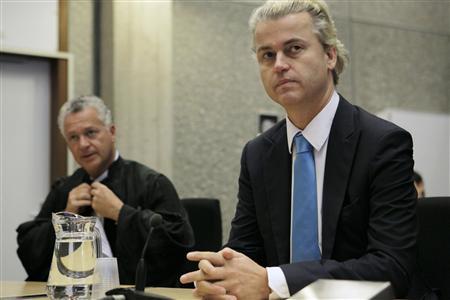 Among the tens of thousands of people jailed and tortured by the Lincoln Center’s recent hosts were the longest-suffering black political prisoners in modern history. Within walking distance of where Wynton Marsalis and his Lincoln Center jazz luminaries hob-knobbed with Castro officials at Havana’s Teatro Mella, black political prisoners were being tortured for the crime of publicly quoting the works of Martin Luther King and the UN Declaration of Human Rights. Among these prisoners is Dr. Oscar Elias Biscet, an Amnesty international prisoner of conscience who was awarded (obviously in absentia) The Presidential Medal of Freedom by President Bush in 2008.

(Wynton Marsalis’) invitation came under the auspices of the Cuban Institute of Music, an agency of the Cuban Ministry of Culture.

OK, now here’s what Cuban Intelligence defector Jesus Perez-Mendes, during a de-briefing in 1983, disclosed to the FBI about the Cuban Ministry of Culture:

So leftists, kindly stifle the shrieks of Mc Carthyism at Breitbart!”

Many Cuban blacks suffered longer incarceration in Castro’s dungeons and torture chambers than Nelson Mandela suffered in South Africa’s. In fact, they qualify as the longest-suffering political prisoners in modern history. Eusebio Penalver, Ignacio Cuesta Valle, Antonio Lopez Munoz, Ricardo Valdes Cancio and many other Cuban blacks suffered almost 30 years in Castro’s prisons. These men were bloodied in their fight against the Lincoln Center’s partners but remained unbowed for almost 30 years in its dungeons. Castro’s KGB-trained torturers called these black prisoners “plantados“– defiant ones, unbreakable ones.

“The worst part of Communism,” wrote Solzhenitsyn, “is being forced to live a lie.”

These Cuban blacks refused to collude in this lie. They spit in the face of Wynton Marsalis’ hosts. They scorned any “re-education” by the Lincoln Center’s Stalinist partners. They knew it was they who desperately needed it. They refused to wear the uniform of common criminals. They knew it was Marsalis’ hosts who should don them. Charles Rangel, Jesse Jackson, Danny Glover, Jeremiah Wright and the Congressional Black Caucus all toast the Stalinist torturer, and the Lincoln Center seems delighted with his partnership, but many of the Blacks cursed by fate to live under Fidel Castro stood tall, proud and defiant against his regime’s tortures.

Shortly before the former Cuban political prisoner’s death in 2006, this writer had the honor of interviewing Eusebio Penalver. “For months I was naked in a 6 x 4 foot cell,” Eusebio recalled. “That’s 4 feet high, so you couldn’t stand. But I felt a great freedom inside myself. I refused to commit spiritual suicide.” Sr. Penalver served several months of this 30 year sentence naked in a “punishment cell” barely big enough to stand in, where he languished naked and in complete darkness.

“Ni**er!” taunted his jailers between tortures. “We pulled you down from the trees and cut off your tail!” “Castro’s apologists, those who excuse or downplay his crimes,” said Mr. Penalver, “These people be they ignorant, stupid, mendacious whatever–they are accomplices in the bloody tyrant’s crimes, accomplices in the most brutal and murderous regime in the hemisphere.”

But have you ever heard of Eusebio Penalver or any of the other black Cuban heroes? Ever see a CNN interview with them? Ever see any of them on “60 Minutes”? Ever read about them in The New York Times? The Washington Post? Ever hear them on NPR during Black History Month? Ever seen anything on them on the History Channel or A&E? Ever hear the NAACP or Congressional Black Caucus mention him?

Why do I bother asking? They were victims of the Left’s premier pin-up boys, Fidel Castro and Che Guevara. Nuff said.

Only six months before the Castroites invited Wynton Marsalis, they murdered Black human rights activist Orlando Zapata Tamayo. This black Cuban had endured an 83-day hunger strike seeking (vainly, as usual) to alert the world to the Castro regime’s cowardly Stalinism and racism. Then in February of this year a series of savage beatings by his Communist jailers finished him off. Naturally the MSM was no more revelatory of his death than they’d been of his jailing or hunger strike.

Samizdats smuggled out of Cuba by eye-witnesses’ report that while gleefully kicking and bludgeoning Tamayo, his Castroite jailers yelled: “Worthless Ni**er!”

Today the prison population in Stalinist/Apartheid Cuba is 80% black while only 9% of the ruling Stalinist party is black. Many of a certain age well remember many of Wynton Marsalis’ musical colleagues mounting a campaign called “Artists United Against Apartheid,” aimed at boycotting South Africa, reviling any musicians who played there, and showcasing the human rights abuses suffered by South African Blacks.

Should we hold our breath for the same bunch to organize, “Artists United Against Castro-Stalinism?”