Barack Obama’s Safe Schools Czar Kevin Jennings founded the Gay, Lesbian, and Straight Education Network (GLSEN) in 1990. In 2007 Kevin Jennings was paid $273,573.96 as the executive director of GLSEN. Recently he was appointed by the Obama administration to run the Office of Safe and Drug Free Schools in the US Department of Education. 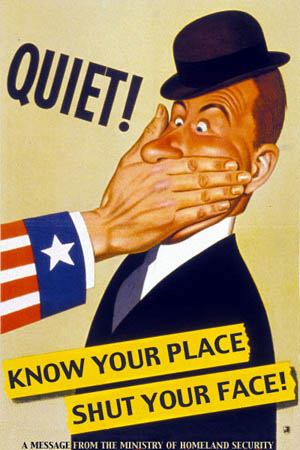 On Friday, Scott Baker from Breitbart.TV and Co-Host of ‘The B-Cast‘ submitted a shocking report on Obama’s deviant Safe Schools Czar Kevin Jennings. This report was posted at Gateway Pundit blog. Scott explained:

Safe Schools Czar Kevin Jennings was the founder, and for many years, Executive Director of an organization called the Gay, Lesbian and Straight Education Network (GLSEN). GLSEN started essentially as Jennings’ personal project and grew to become the culmination of his life’s work. And he was chosen by President Obama to be the nation’s Safe Schools Czar primarily because he had founded and led GLSEN (scroll for bio).

GLSEN’s stated mission is to empower gay youth in the schools and to stop harassment by other students. It encourages the formation of Gay Student Alliances and condemns the use of hateful words. GLSEN also strives to influence the educational curriculum to include materials which the group believes will increase tolerance of gay students and decrease bullying. To that end, GLSEN maintains a recommended reading list of books that it claims “furthers our mission to ensure safe schools for all students.” In other words, these are the books that GLSEN’s directors think all kids should be reading: gay kids should read them to raise their self-esteem, and straight kids should read them in order to become more aware and tolerant and stop bullying gay kids. Through GLSEN’s online ordering system, called “GLSEN BookLink,” featured prominently on their Web site, teachers can buy the books to use as required classroom assignments, or students can buy them to read on their own…

What we discovered shocked us. We were flabbergasted. Rendered speechless.

We knew that unless we carefully documented what we were reading, the public would have a hard time accepting it. Mere descriptions on our part could not convey the emotional gut reaction one gets when seeing what Kevin Jennings wants kids to read as school assignments. So we began scanning pages from each of the books, and then made exact transcriptions of the relevant passages on each page.

The material (here and here) is shocking and repulsive. The fact that Kevin Jennings’ organization GLSEN was promoting these books to children is very disturbing.

On Saturday, it was discovered that Kevin Jennings’ organization GLSEN sponsored a youth conference at Tuft’s University in March 2000. This conference was fully supported by the Massachusetts Department of Education, the Safe Schools Program, the Governor’s Commission on Gay and Lesbian Youth, and some of the presenters even received federal money. An undercover journalist with Mass Resistance was at the conference and recorded a couple of the workshops. During one of the conference workshops an activist asks 14 year-old students, “Spit or swallow?… Is it rude?” This audio clip segment is also posted here.

The conference included students, teachers, and local and national activists. Mass Resistance recorded this discussion at a 2000 GLSEN conference workshop for children. Here is the transcript:

If it’s all about tolerance, why is the following question necessary?

David LaFontaine, chairman of the Governor’s Commission on Gay and Lesbian Youth and the man who is mostly responsible for the Gay Straight Alliances in Massachusetts, tells us, “We believe very strongly that all students should not be sexually active in high school.”

Man: A little known fact is that you don’t make a fist like this. When they do it, it’s like this. This is a lot easier than this. [laughter]

Woman: You work your way up to it… [unclear] one finger, two fingers, three fingers … Some people can take a hand, or they can’t take a hand.