Speaking for over an hour to a rapt and rowdy audience at the Westgate Hotel–punctuated by cheers, hecklers, and chants–Trump took on the media, political correctness, radical Islam, Hillary Clinton, his Republican rivals, and the political establishment.

The mood turned somber at one point, when Trump brought families onstage whose relatives had been murdered by illegal aliens, including the family of Jamiel Shaw, Jr. He gave the microphone to Jamiel’s father, who told the audience that Trump “feels what we feel.”

A heckler shouted: “That’s why we need gun control!” The crowd shouted him down with chants of “Trump! Trump! Trump!” 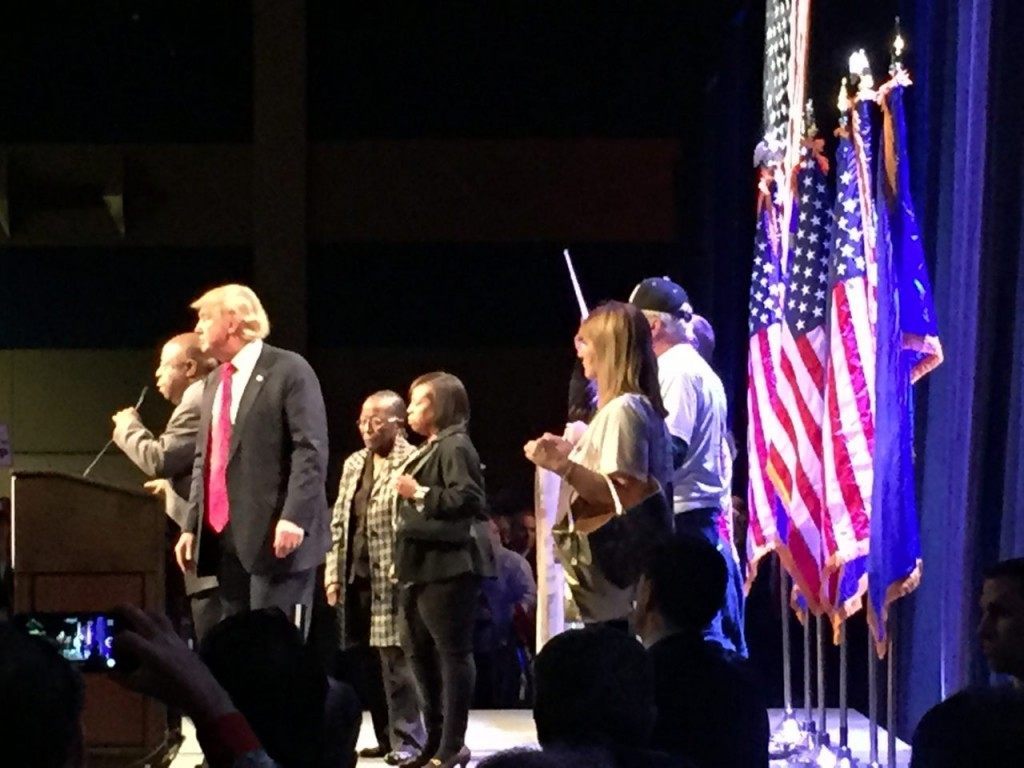 Trump sparred with hecklers throughout the evening, turning each interruption into a chance to attack the media. “Look at those cameras turn. They only turn when there’s a protester.”

He also reveled in his latest national poll numbers, including a Monmouth poll showing him with 41% support among the Republican primary electorate.

Sen. Ted Cruz (R-TX), who leads Trump in Iowa by some measures, is a distant second nationally at 14%. Trump mocked the media for saying that Cruz is “surging.”

The audience braved an unusually cold and windy Las Vegas evening to hear their candidate.

“He’s not a part of the establishment,” said Williams, a retired Marine. “He’s an independent person, doing this for the people of America, not for the party or for his own self.”

His wife, Nancy, added: “Obama has created some disasters, and I think he can turn it around.”

They told Breitbart News that they reject claims that Trump is a bigot because of his recent comments about Muslims.

“To me, those are ridiculous questions,” Mr. Williams said. “It’s almost ridiculous to call him a bigot. He gets the dialogue going. He doesn’t express himself like consummate politicians. 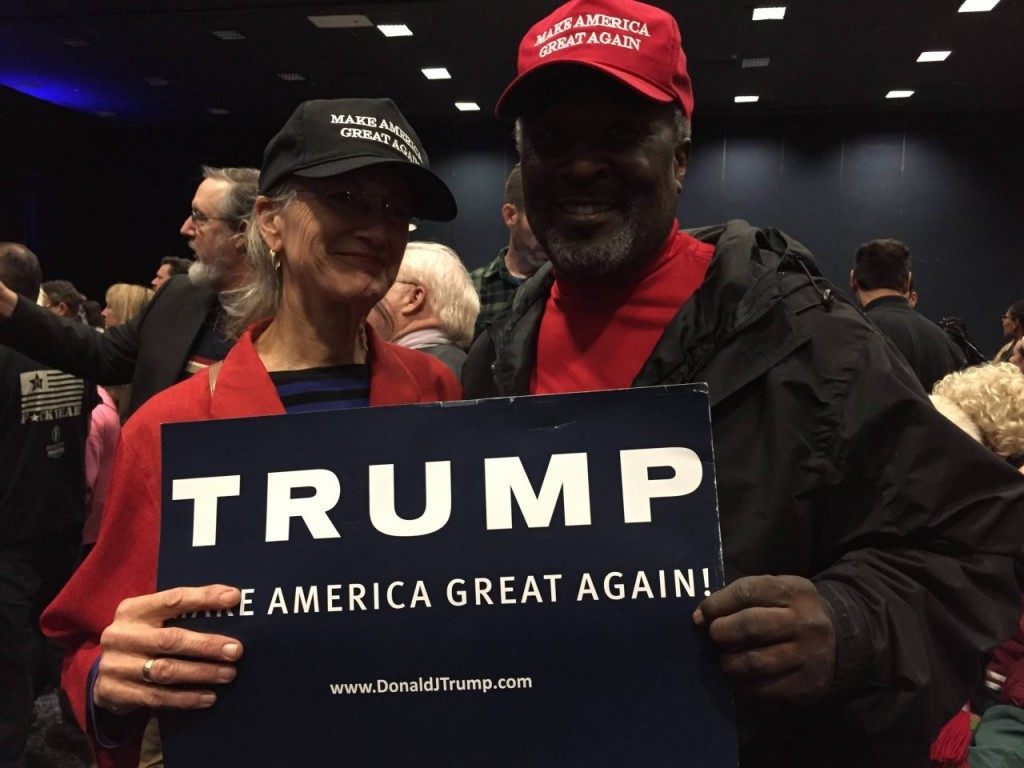 Another Californian, Jane Cohen of Los Angeles, was already in Las Vegas attending a convention with her husband. They extended their stay an extra night when they heard Trump would be speaking.

“I’m a fan of what he’s saying,” she told Breitbart News. “As a woman, I’ve never been offended by what he says. He’s just not as slick as the professional politicians. He’s refreshing, revitalizing and hopeful.”

Cohen said that she fears for the future of the country, especially after the San Bernardino terror attack Dec. 2.

She added that she agreed with Trump’s call to restrict Muslim immigration.

“I don’t feel like it’s my home anymore,” she told Breitbart News. “My ancestors came here without money and with a love for this country. Now I hear people saying, right there in the Beverly Hills school district, that the West is going to be finished.

“We’ve been ridiculously stupid to allow this infiltration, opening up our institutions to people who hate us. Trump is the only person speaking the truth, and I want to hear about it.”

Onstage, Trump cast himself as a member of the “establishment” who had seen the light. He mocked the Republican establishment and the consultants around them: “You have to see the money that’s being raised by people raising money.”

“I have so many great relationships with Muslim people. They know there’s a problem. They want it solved,” he said.

He promised to investigate Hillary Clinton if elected president, adding: “She doesn’t have the strength and she doesn’t have the stamina to be president.” He promised that his wall along the Mexican border would be higher than the walls of the room–at least 30 feet high. And he attacked political correctness, drawing his biggest applause of the night: “The country needs to get away from political correctness…It is absolutely killing us.”

Towards the end of his remarks, Trump addressed Tuesday’s debate, which will be held at the Venetian Hotel on the Las Vegas Strip.