As President Trump’s first year in office comes to an end, World Net Daily has launched a campaign to give Americans the chance to thank him personally for his achievements since being elected to office. The Thank Trump Card Campaign allows Americans to select an e-card of their choice, personalize it with a message for President Trump, and have it sent directly to him to express their gratitude for his efforts to Make America Great Again.

While there are always going to be some disappointments in the imperfect art of politics, the Trump White House has fulfilled dozens of campaign promises, changed the tone of Washington, reversed the headlong plunge into socialism and raised the spirits of Americans like no one since Ronald Reagan in 1981. Such an occasion should not go unnoticed or overshadowed by the angry and vitriolic response from his disgruntled opposition. It’s time for the president to hear from those who elected him – and those who have come around since Election Day.

Farah stated that the campaign aims to energize millions of Americans to show their genuine thanks to President Trump, encouraging him to continue to add to his “breathtaking” record of accomplishments in the coming years of his presidency. As the campaign launches, WND has compiled a list of President Trump’s nearly 150 separate achievements since taking office, many of which have been ignored by the mainstream media.

The WND founder praised the Trump administration for accomplishing much of their agenda so far:

It’s time to credit the Trump presidency, in the face of overwhelming political, cultural and spiritual opposition, for doing much of what it set out to do. The Trump White House has slammed the brakes on the political freight train leading America into despair, misery, economic decline, oligarchy, socialism, political correctness, debt and unlimited government. Few could have imagined more accomplishment – both symbolic and substantive – in the first year of a presidential administration. 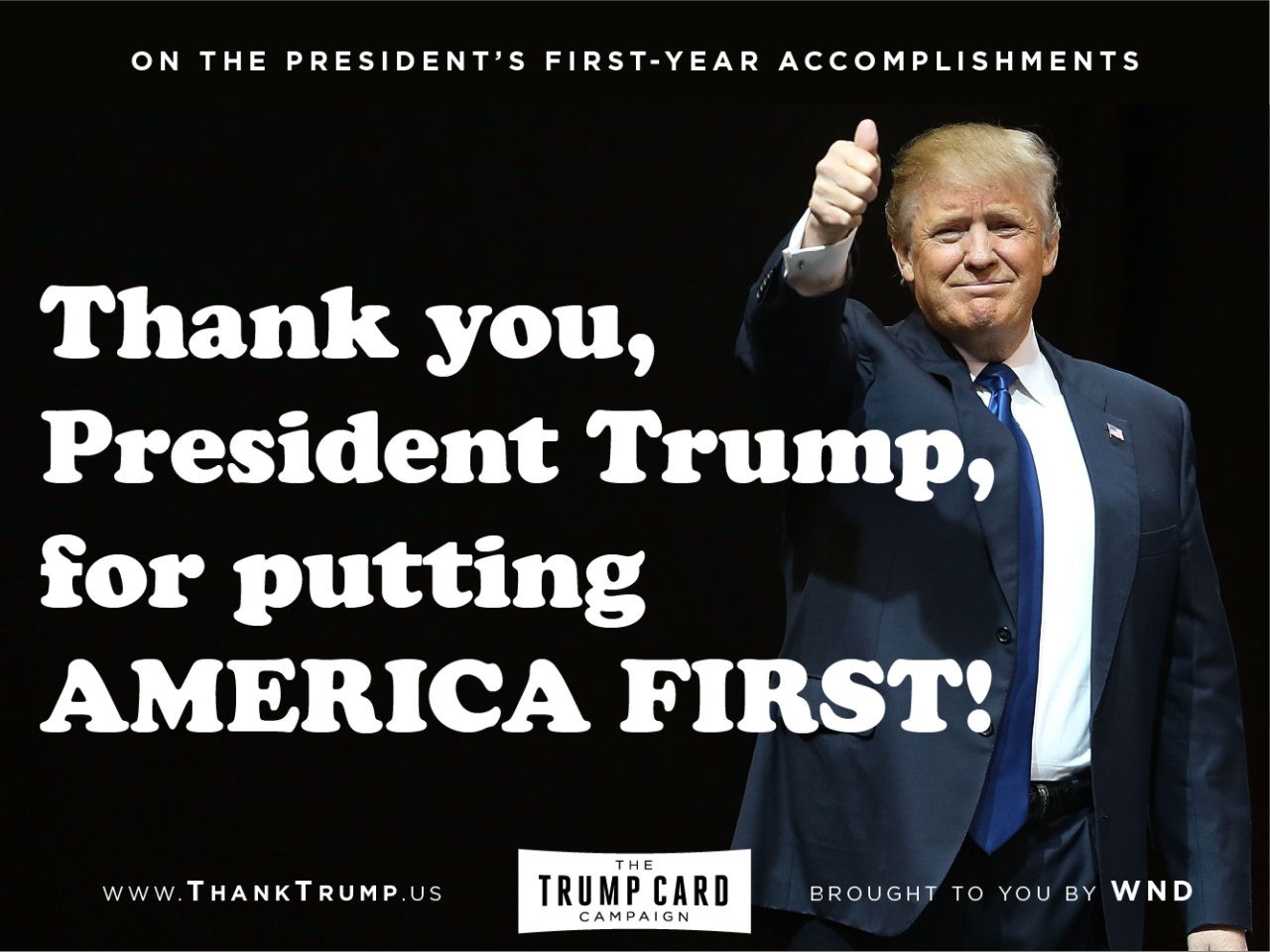 Farah doesn’t believe that the mainstream media will provide much coverage of the Thank Trump Card Campaign, saying:

I don’t expect much help from the “fake news” cartel. But it wasn’t the “fake news” cartel that helped elect Donald Trump president. It was the new independent press, including the pioneer in that area, WND.com. Now, Donald Trump needs encouragement to stay the course, turn up the heat, open up the throttle and continue fulfilling campaign promises one by one. That’s what this campaign is all about, in addition to demoralizing and defusing the angry, thuggish opposition led by the Democrats and establishment Washington. 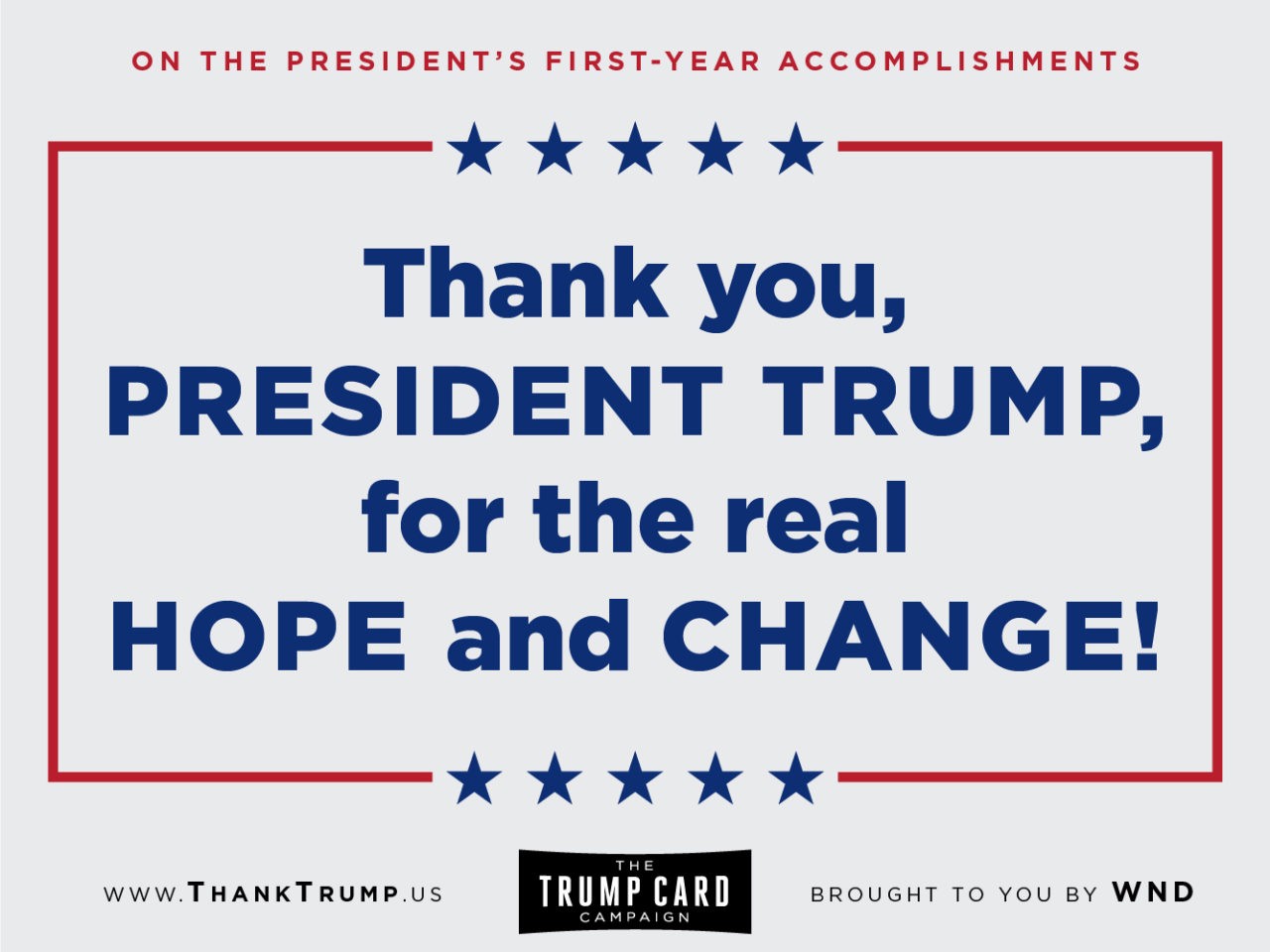 President Donald J. Trump has been savaged by Democrats, the media and even many Republicans in the Washington establishment (“The Swamp”) for his tireless efforts to change America’s course for the better. Isn’t it about time he heard directly from his supporters about how much they appreciate what he has done in his first year? Now it’s easy – and free. Pick a digital card, personalize it, and send it to President Trump for FREE! That’s all there is to it – besides spreading the word to all your friends! 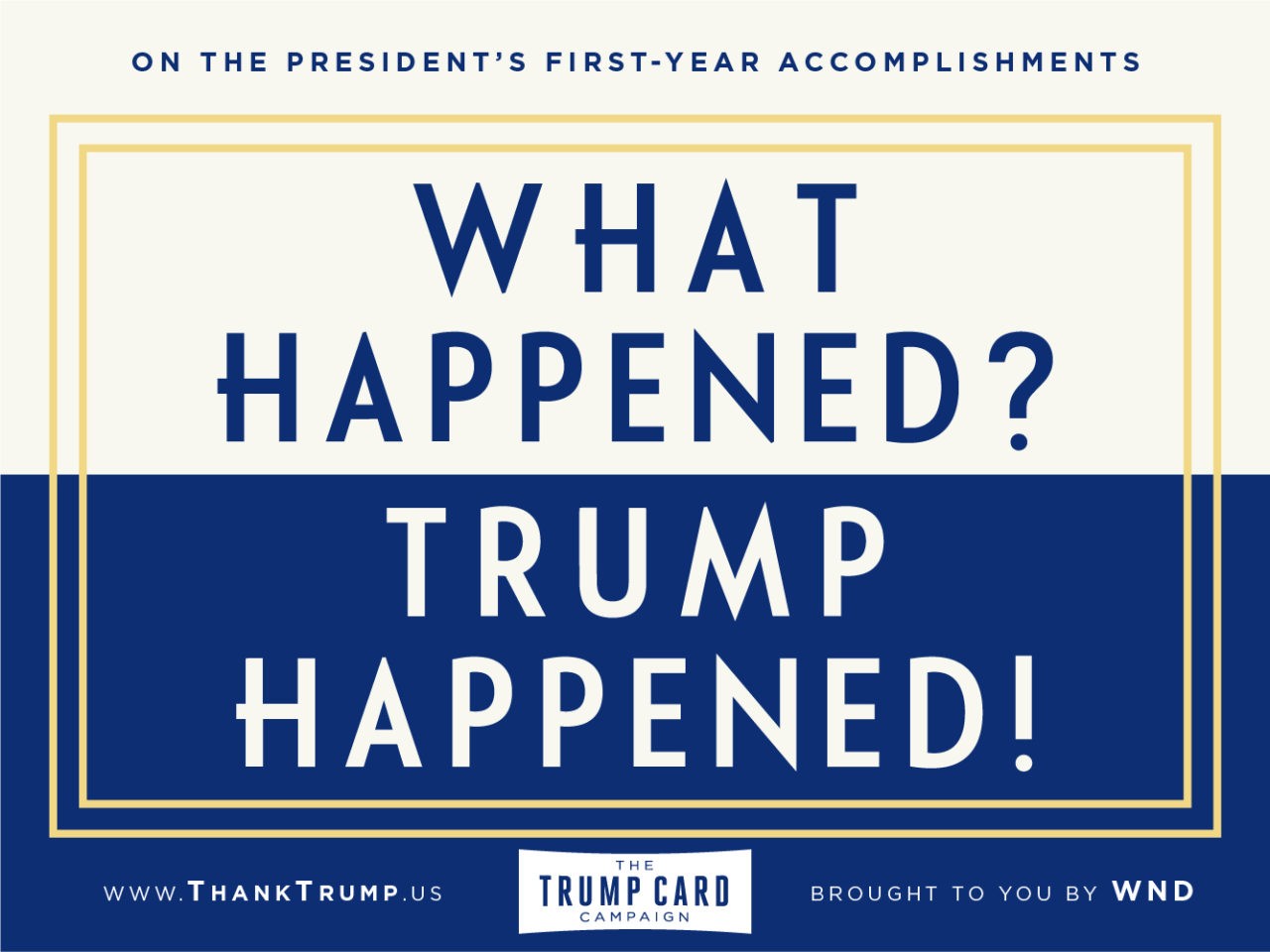