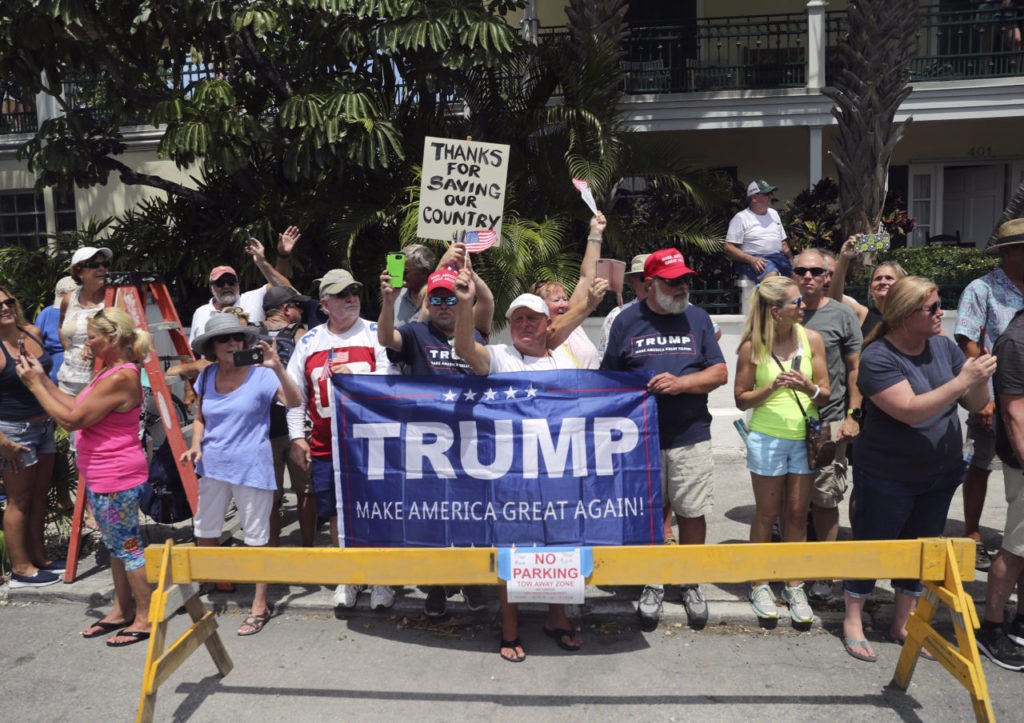 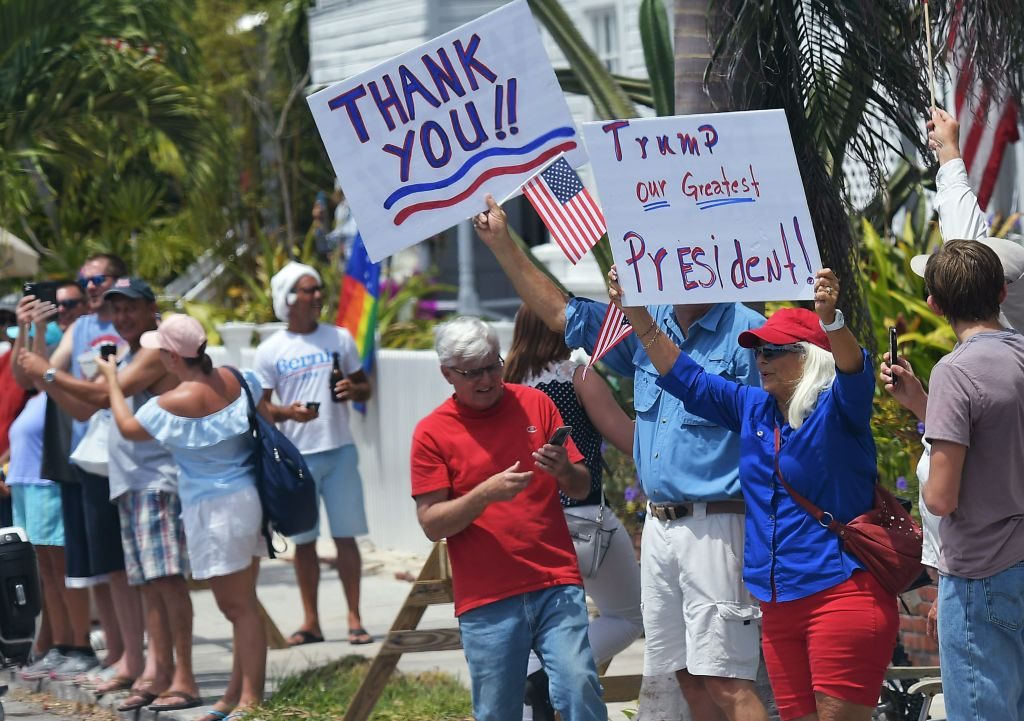 Some in the crowds, however, were not supporters of the president. 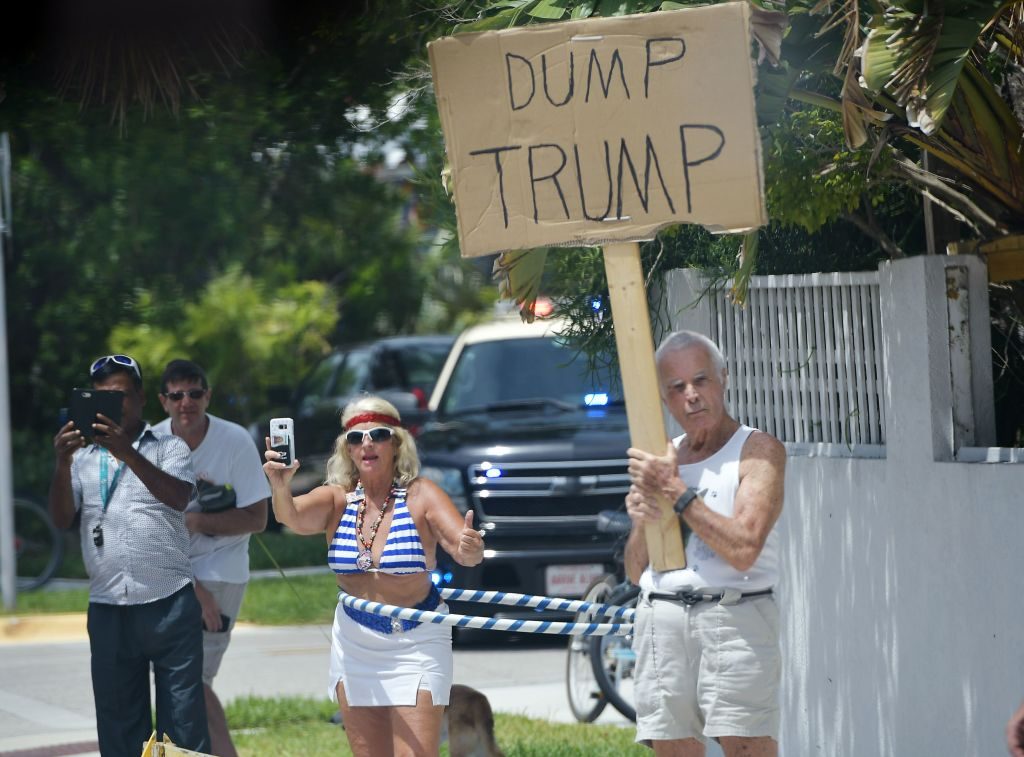 Trump commented on the size of the crowds after the briefing.

“I hope you saw the crowds in Key West,” he told reporters. “I’ve never seen anything like that, it was really very inspirational, and what we just witnessed was incredible.”

He ignored questions about his personal lawyer Michael Cohen and the Robert Mueller Russian investigation.

“Even the media will have to say that was quite something,” he said.

WOW, thank you for the beautiful welcome to #KeyWest, #Florida! (Thank you to the GREAT @leegreenwoodusa for his beautiful song!!) #TeamTrumpBTS