Students around the country walked out of class in support of the Second Amendment on Wednesday.

The walkout was part of Will Riley’s “Stand for the Second” event – a nationwide call to counter nonstop gun control campaigns with a walkout in support of the Second Amendment and our founding principles.

On May 1, Breitbart News reported that Riley, a senior at New Mexico’s Carlsbad High School, is not a gun owner but believes the ideals and freedoms dear to our Founding Fathers ought to be dear to us as well.

Students at over 300 schools responded to Riley’s battle cry, pledging to “Stand for the Second” in their respective locations.

Although the pro-Second Amendment walkout did not garner the same level of establishment media coverage as gun control walkouts, the Marion Star reported approximately 150 middle school students at Caledonia, Ohio’s River Valley Middle School walked out in support of gun  rights. NBC 52 reports that students in Portland, Oregon and Chicago, Illinois walked out as well.

CNN reported that students in New York walked out to “Stand for the Second” as well. They referenced Lane Cooper, a junior in NY’s Schoharie Central School District, who walked out and took part in discussions on how private gun ownership is meant to repel tyranny. Cooper said, “I do think there are way too many gun control laws, especially in New York where I am.”

CNN published a map that is very helpful in coming to grips with the size of the “Stand for the Second” event. The map shows every school where students were committed to walk out in support of gun rights: 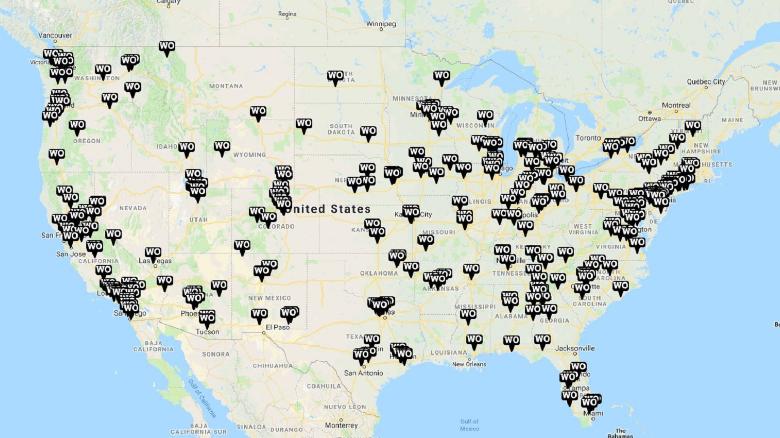