Breitbart News videographer Matt Perdie asked Women’s March board member and Palestinian anti-Semitic activist Linda Sarsour about the event, but when he told her his affiliation with Breitbart News she refused to respond.

When Mallory took the stage later, she said the news organization was “trolling us.” (top video) 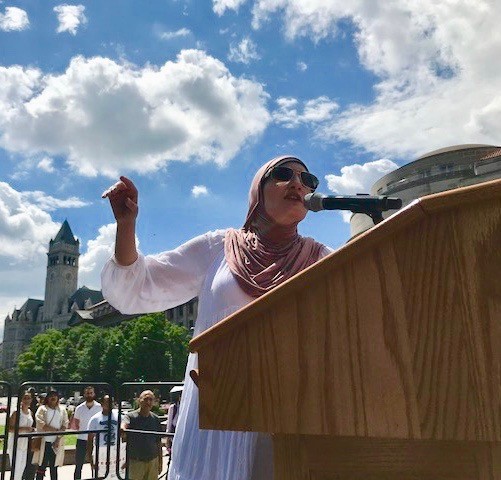 “And when those who came here today trolling us — I heard Breitbart is here trying to film us today to get some information to go back and lie in their story; to tell lies about them,” Mallory said. “You go on there, and you tell them they’re a damn liar.” 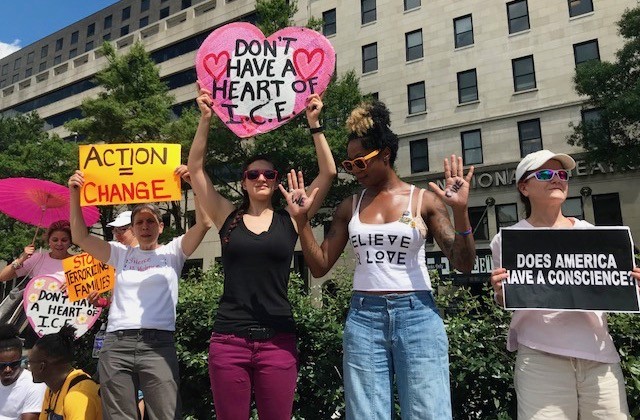 Protesters at the Women’s March event on Thursday in Washington, D.C., called for open borders and an end to detaining people who enter the United States illegally. (Penny Starr/Breitbart News)

Leaders of the left-wing Women’s March, promoted and funded by the likes of George Soros’s MoveOn and Planned Parenthood, called for open borders and to allow all families who enter the United States illegally to be released into the country.

Organizers of the protest asked for volunteers to disobey police orders and be arrested, with some 200 being taken into custody by Capitol Police.