The Department of Homeland Security’s (DHS) Albany, New York office was vandalized by open borders protesters who demand that all immigration and border enforcement be ended across the United States.

Exclusive photos obtained by Breitbart News reveal the damage done to the DHS Albany office in the midst of protests last week where open borders activists called for the end of the Immigration and Customs Enforcement (ICE) agency.

ICE is tasked with enforcing immigration law in the interior of the U.S. Any move to abolish ICE, as Breitbart News noted, would have resulted in at least 1.6 million illegal aliens being released into the American public over the last five years.

The open borders protesters vandalized the building with sayings like, “No walls, no borders” and “Close every concentration camp,” comparing federal detainment of illegal aliens to Adolf Hitler’s concentration camps during World War II.

The vandalism can be viewed here: 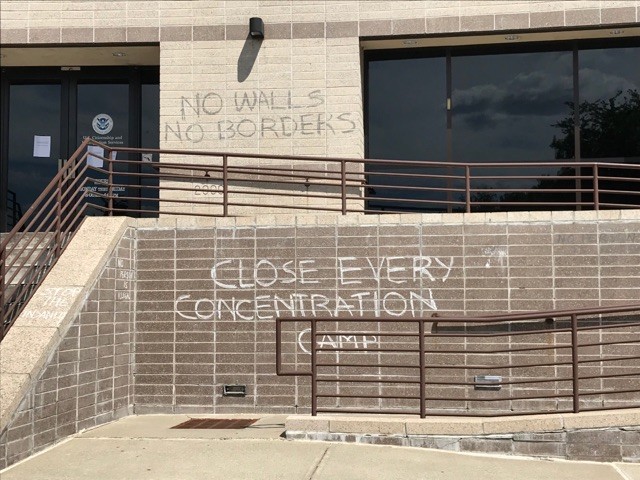 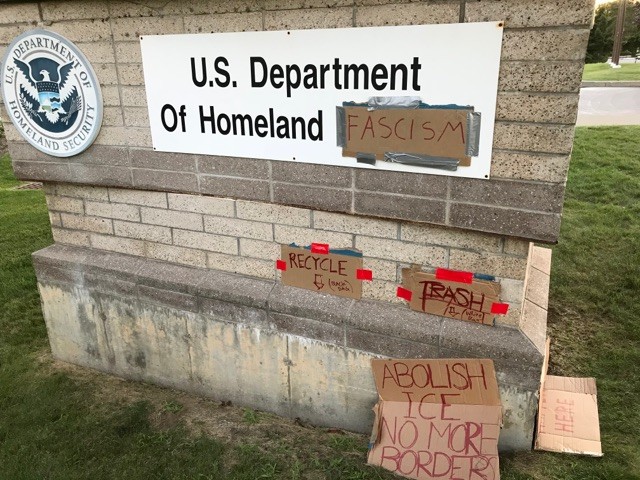 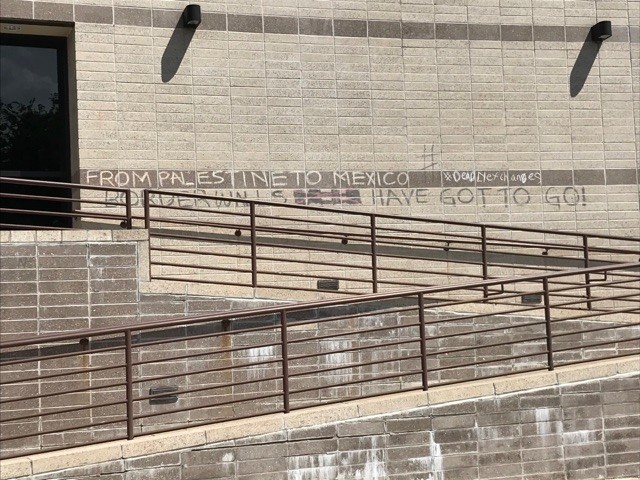 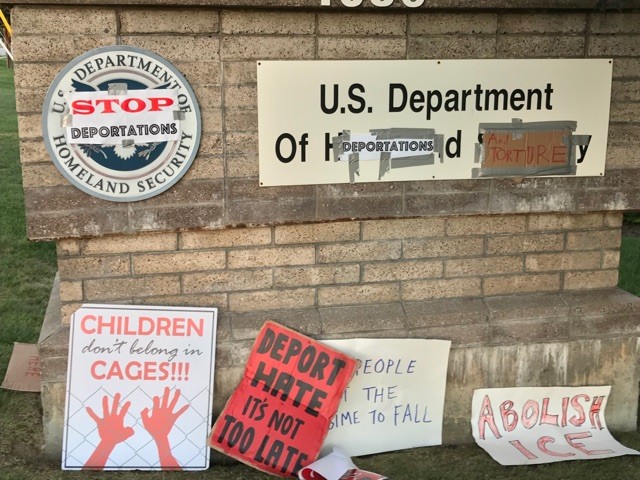 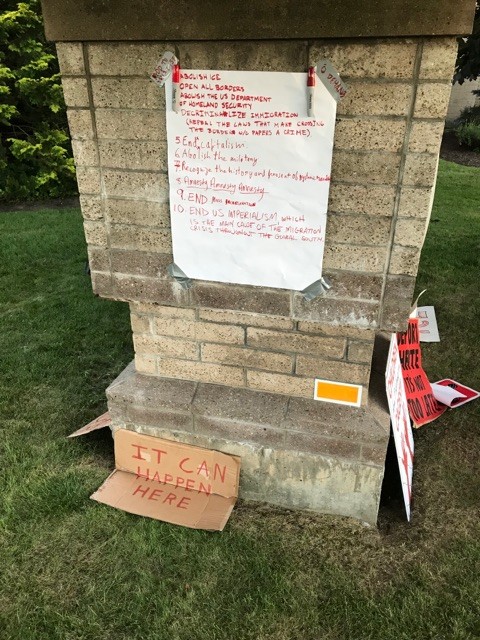 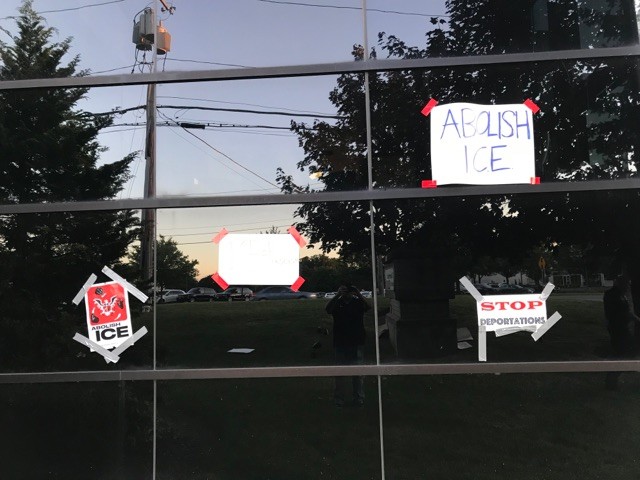 A list from the open borders vandals was taped to the DHS Albany office’s grounds with demands that all borders be opened, that DHS be abolished, a demand that immigration be “decriminalized,” and the phrase “Amnesty. Amnesty. Amnesty.” referring to an amnesty that would legalize the 12 million illegal aliens living across the U.S.

A spokesperson with the United States Citizenship and Immigration Services (USCIS) spokesperson told Breitbart News that the DHS office was forced to close because of the protests, forcing the agency to reschedule pending immigration cases.

“For the safety of the public and our employees, USCIS, like other tenants at this location, opted to close due to anticipated protests, in accordance with office policy,” Anita Rios Moore told Breitbart News.

“What these demonstrators may not realize, is that they are actually hurting the people they are trying to help when their actions prevent immigration officers from doing their jobs, adjudicating benefits for those who have applied and now are unable to attend their scheduled appointments,” Moore continued.

USCIS officials say the immigration cases that were scheduled for the day when DHS was forced to close the office because of the protests could take months to get back on the books.

It is unclear as to what it will cost DHS to repair the Albany office.

Since socialist Alexandria Ocasio-Cortez won the Democratic primary in New York’s 14th congressional district last month on a platform to abolish ICE, Democrats and left-wing activists have been protesting around the country, calling for an end to all immigration enforcement.

House Democrats are now crafting legislation that would officially abolish ICE, while Sen. Bernie Sanders (I-VT) has been purged from the Democratic party for failing to endorse the “abolish ICE” campaign like his fellow left-wingers such as Sen. Elizabeth Warren (D-MA).

The latest Harvard/Harris Poll reveals that swing voters are overwhelmingly opposed to the Democrats’ plan to end all immigration enforcement across the U.S. Nearly 3-in-4 swing voters, about 73 percent, said they do not want ICE to be disbanded, as Breitbart News reported. Less than 30 percent of swing voters said they support the abolishment of ICE.

Even Democrat voters are opposed to the abolishment of ICE. Nearly 60 percent of Democrats said they do not want ICE to be disbanded.