On Wednesday, the Pittsburgh diocese announced that the Cardinal Wuerl North Catholic High School would remove the priest’s name.

Thousands have signed a petition for the removal of the Pittsburgh-born Cardinal’s name from the school. “After the news of the sexual abuse issue within the diocese has been made public, A Pennsylvania grand jury report on clergy sexual abuse faults Cardinal Donald Wuerl,” the petition reads, “over his handling of abusive priests.” 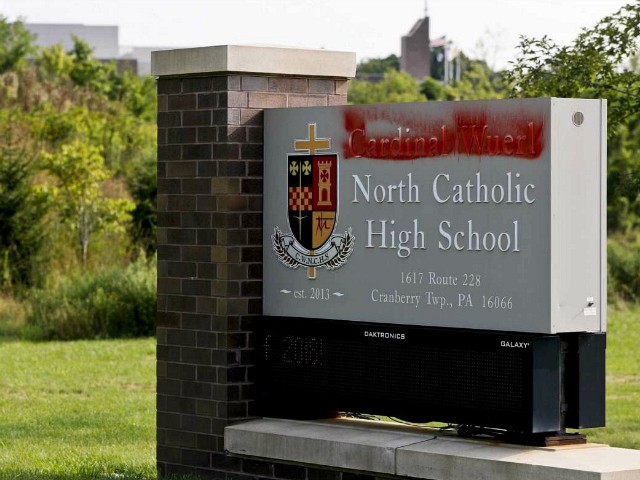 “This does not deserve to have a prestigous [sic] school named after him,” it concludes. “This will directly impact students currently enrolled in the school, but will also impact the legacy of the school. Not to mention, those that were hurt while he looked away.” Wuerl served over 32 accused priests and, in some cases, allegedly protected them.

In a letter on August 16, Wuerl formally requested that his name be removed from the school, saying:

In light of the circumstances today and lest we in any way detract from the purpose of Catholic education … I respectfully ask you to remove my name from it. In this way, there should be no distraction from the great success of the school and, most importantly, the reason for the school — the students.

The Catholic Diocese of Pittsburgh announced their decision on Wednesday. One person has already beaten them to the punch, however. On August 20, an unidentified vandal spray-painted over his name in red.