President Joe Biden delivered his inaugural speech Wednesday, repeatedly calling for unity while demonizing some of his fellow Americans as domestic terrorists.

“Now the rise of political extremism, white supremacy, domestic terrorism that we must confront and we will defeat,” Biden said.

Biden referred to dark forces in the country endangering the future of the United States and the concept of democracy. 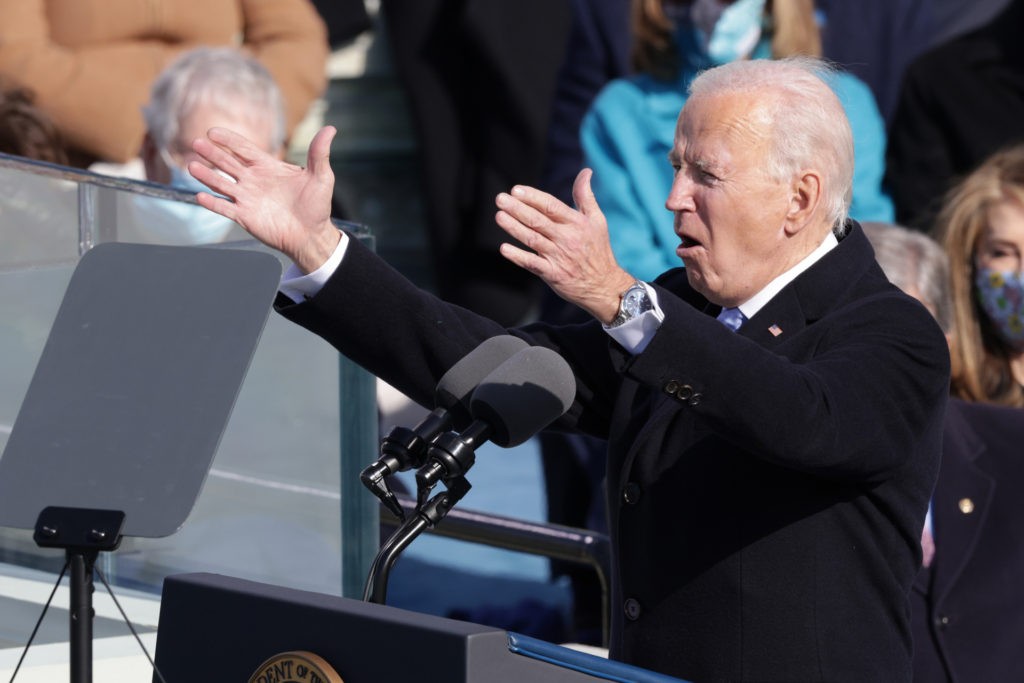 U.S. President Joe Biden delivers his inaugural address on the West Front of the U.S. Capitol on January 20, 2021 in Washington, DC. During today’s inauguration ceremony Joe Biden became the 46th president of the United States. (Photo by Alex Wong/Getty Images)

“History has been a constant struggle between the American ideal that we were all created equal and the harsh ugly reality that racism, nativism, fear, demonization have long torn us apart,” he said.

He noted the violent rioters stormed “hallowed ground” at the Capitol building with “violence” that “sought to shake the capitol’s very foundation.”

Biden embraced the notion his inauguration proved Democracy had prevailed.

Biden pointed to his predecessor Donald Trump’s term as president, noting there was “much to repair, much to restore, much to heal” after his departure.

He called for Americans to address racial justice and climate change, because “a cry for survival comes from the planet itself,” couldn’t be “any more desperate or any more clear.” 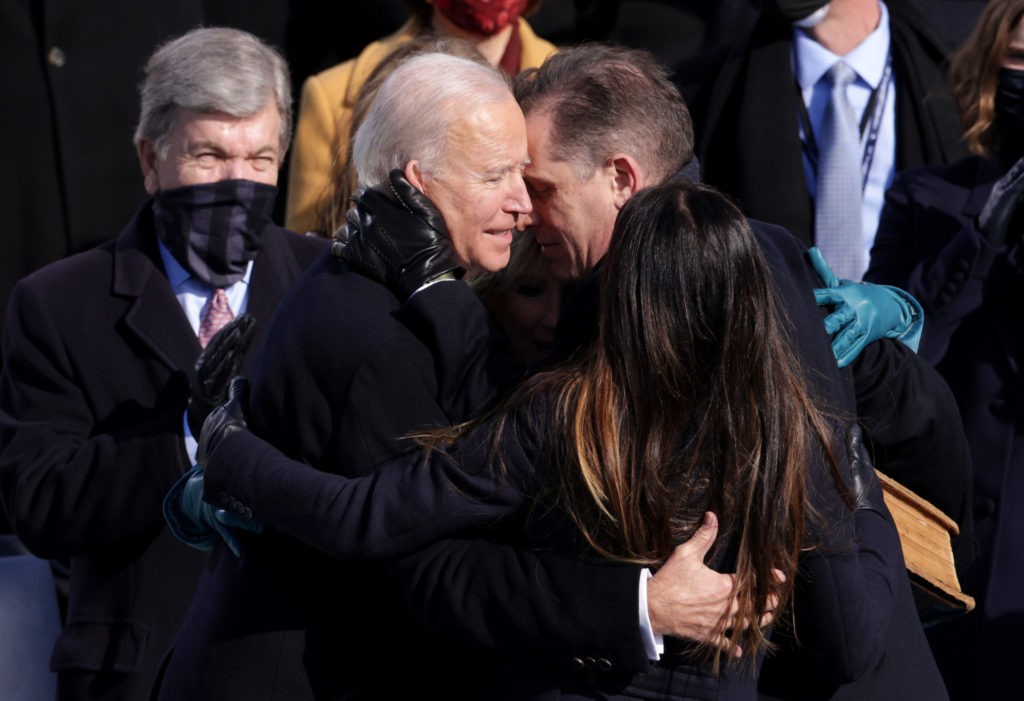 President Joe Biden hugs his son Hunter Biden and daughter Ashley Biden after being sworn in as U.S. president during his inauguration on the West Front of the U.S. Capitol on January 20, 2021 in Washington, DC. (Alex Wong/Getty Images)

“There is truth and there are lies, lies told for power and for profit and each of us have a duty and a responsibility as citizens as Americans and especially as leaders … to defend the truth.”

Biden indicated that the country could not heal unless more Americans changed their behavior.

“The answer is not to turn inward, to retreat into competing factions, distrusting those who don’t look like you, or worship the way you do, or don’t get their news from the same sources as you,” he said.

Biden concluded with further appeals for unity, using the word on at least four times, even asking both parties to open up their hearts to the opposite political side.

“We must end this uncivil war, that pits red against blue, rural vs. urban, conservative vs. liberal,” said. “We can do this if we open our souls instead of hardening our hearts.”

President Joe Biden and Vice President Kamala Harris took their oaths of office at the inauguration on Capitol Hill on Wednesday just minutes after former President Donald Trump returned to his home in Florida.