San Francisco Mayor London Breed and other leading officials are demanding that San Francisco Unified School District Vice President Alison Collins resign over tweets in 2016 in which she accused Asian Americans of being insufficiently critical of President-elect Donald Trump.

In a tweet thread barely seen until now (with, at most, several dozen retweets in the chain), Collins complained that Asian American students and teachers would not engage in “critical race” conversations, and were insufficiently concerned about the black community. She also claimed that Asian Americans used “white supremacist thinking to assimilate” and were silent about anti-black racism.

“Where are the vocal Asians speaking up against Trump?” she asked, presuming Trump to be anti-black. “Don’t Asian Americans know they are on his list as well?” She added: “Do they think they won’t be deported? profiled? beaten? Being a house n****r is still being a n****r. You’re still considered ‘the help.'” 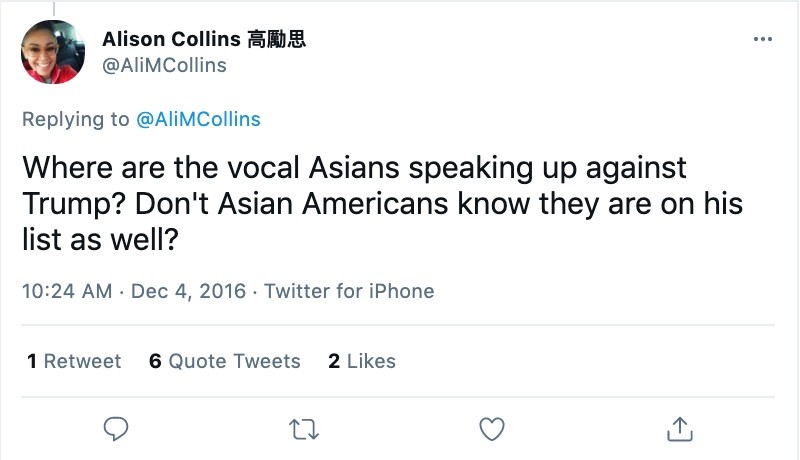 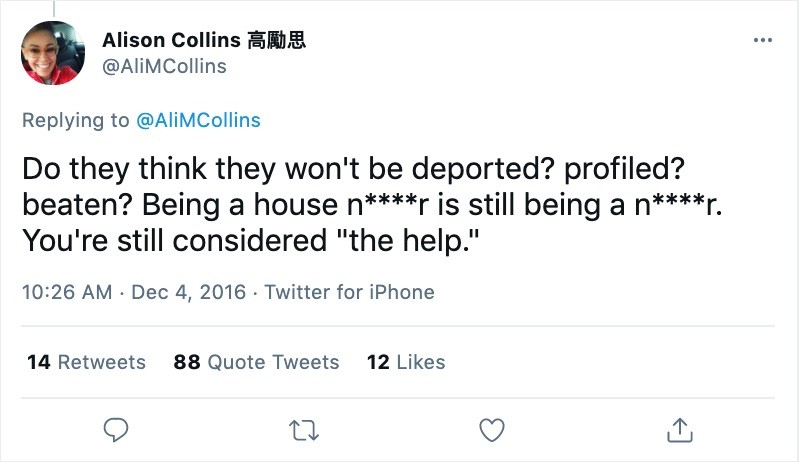 In an unprecedented move, San Francisco’s top elected officials, including the mayor, state legislators and nearly all supervisors, called Saturday for a school board member to resign over racist tweets she posted in 2016 directed at Asian Americans.

“We are outraged and sickened by the racist, anti-Asian statements tweeted by school board Vice President Alison Collins that recently came to light,” 22 current and former elected officials said in a statement Saturday. “No matter the time, no matter the place, and no matter how long ago the tweets were written, there is no place for an elected leader in San Francisco who is creating and or/created hate statements and speeches.”

Officials, who continued to add their names throughout Saturday, thanked Collins for her service and asked her to resign from her post. Mayor London Breed and school board members Jenny Lam and Faauuga Moliga and the head of the city’s teachers union also called for her to step down.

The entire senior staff of the school district also condemned the tweets.

In a post on Medium, Collins apologized for the pain her tweets had caused, but said they were not racist and that they were taken out of context:

A number of tweets and social media posts I made in 2016 have recently been highlighted. They have been taken out of context, both of that specific moment and the nuance of the conversation that took place. President Donald Trump had just won an election fueled by division, racism and an anti-immigration agenda. Meanwhile one of my daughters had recently experienced an incident in her school in which her Asian American peers were taunting her Latinx classmate about “sending kids back to Mexico” and the KKK. It was a time of processing, of fear among many communities with the unknown of how the next four years would unfold.

She has refused to delete them or to resign.

Last week’s multiple shootings at massage parlors in Atlanta, Georgia, in which six out of eight victims were Asian, have placed new emphasis on anti-Asian American bigotry, though no racial motive has yet been found in the murders.