An additional 41 percent of respondents said they hope Biden addresses computer hacking with Putin, while only 19 percent said Biden should address regional aggression by Russia on her neighbors. 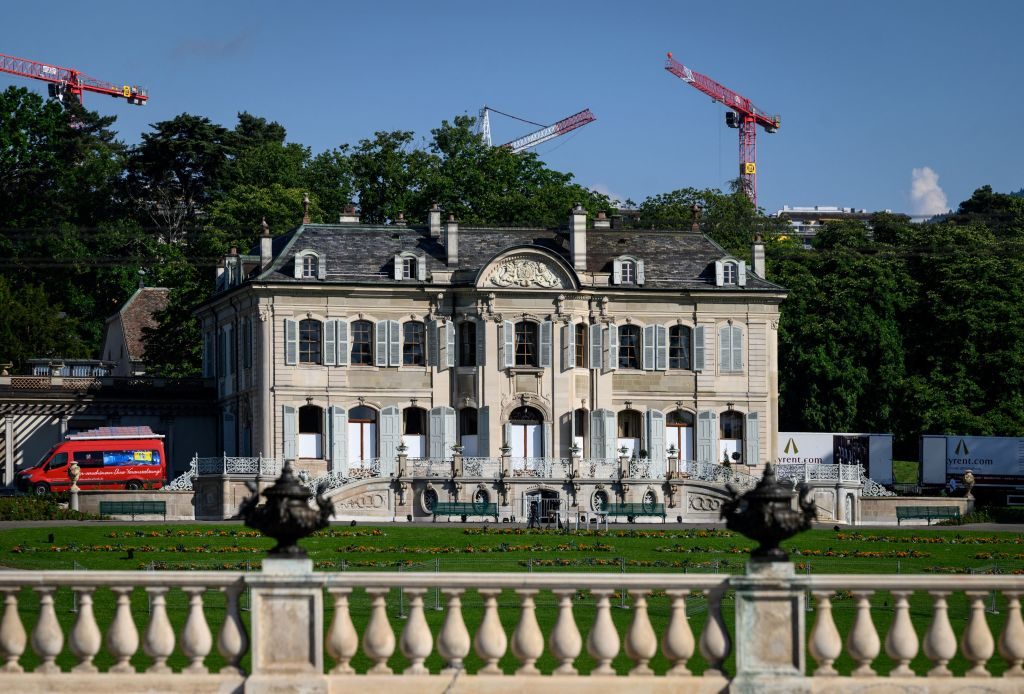 The “Villa La Grange” is seen ahead of the June 16 summit between Russian leader Vladimir Putin and U.S. President Joe Biden. Biden will attend the summit on after a week of meeting allies from the G7, European Union and NATO, with tensions between Moscow and Washington at their highest in years over a long list of disputes. (FABRICE COFFRINI/AFP via Getty Images)

Meanwhile, just two days before the scheduled meeting between Biden and the Russian President, Biden reflected in a press conference about Putin, calling him “bright.”

“I have met with him. He’s bright,” Biden said. “He’s tough. And I have found that he is a, as they used to say when I used to play ball, a worthy adversary.”

When Biden was questioned if he still believes Putin is a killer, as he has previously said, Biden laughed for several seconds.

“I believe he is, in the past, essentially acknowledged that he was, there were certain things that he would do or he did do,” he said. “But look, when I was asked that question on air, I answered it honestly. I don’t think it matters a whole lot in terms of this next meeting we’re about to have.”

BIDEN: Answer the first question? I'm laughin', too. They actually, I——well, look, he has made clear, that, uh—uh————the answer is, I believe he has in the past, essentially, acknowledged that he was, uh, there's certain things that he would do or did do.pic.twitter.com/3z1WxiOjYr

The polling on how Biden should treat Putin comes as Biden has permitted Russia to finish a pipeline to serve Europe by scrapping former President Trump’s sanctions.

“To go ahead and impose sanctions now would, I think, be counterproductive in terms of our European relations,” Biden explained. “They know how strongly I feel.”

German Chancellor Angela Merkel and other European leaders support the pipeline, but Republicans believe a pipeline running from Russia through Ukraine to Germany would give Putin more control in the region and hand him a major geopolitical victory.

Biden also said Monday world leaders have thanked him for meeting with Putin amid Biden’s soft approach to Putin.

“Every world leader here as a member of NATO that spoke today, and most of them mentioned it, thanked me for meeting with Putin now,” Biden said. “Every single one that spoke. And I think there were probably about 10 or 12 that spoke to it, saying they were happy that I did that, that I was going to do that.”