Vice President Kamala Harris met with a group of illegal immigrants brought to the United States as children at the White House on Thursday, promising to fight for amnesty for them.

“I want to make clear to the DREAMers that are here, and to those who are watching from home,” she said, signaling emotion. “This is your home, this is your home, and we see you and you are not alone.” 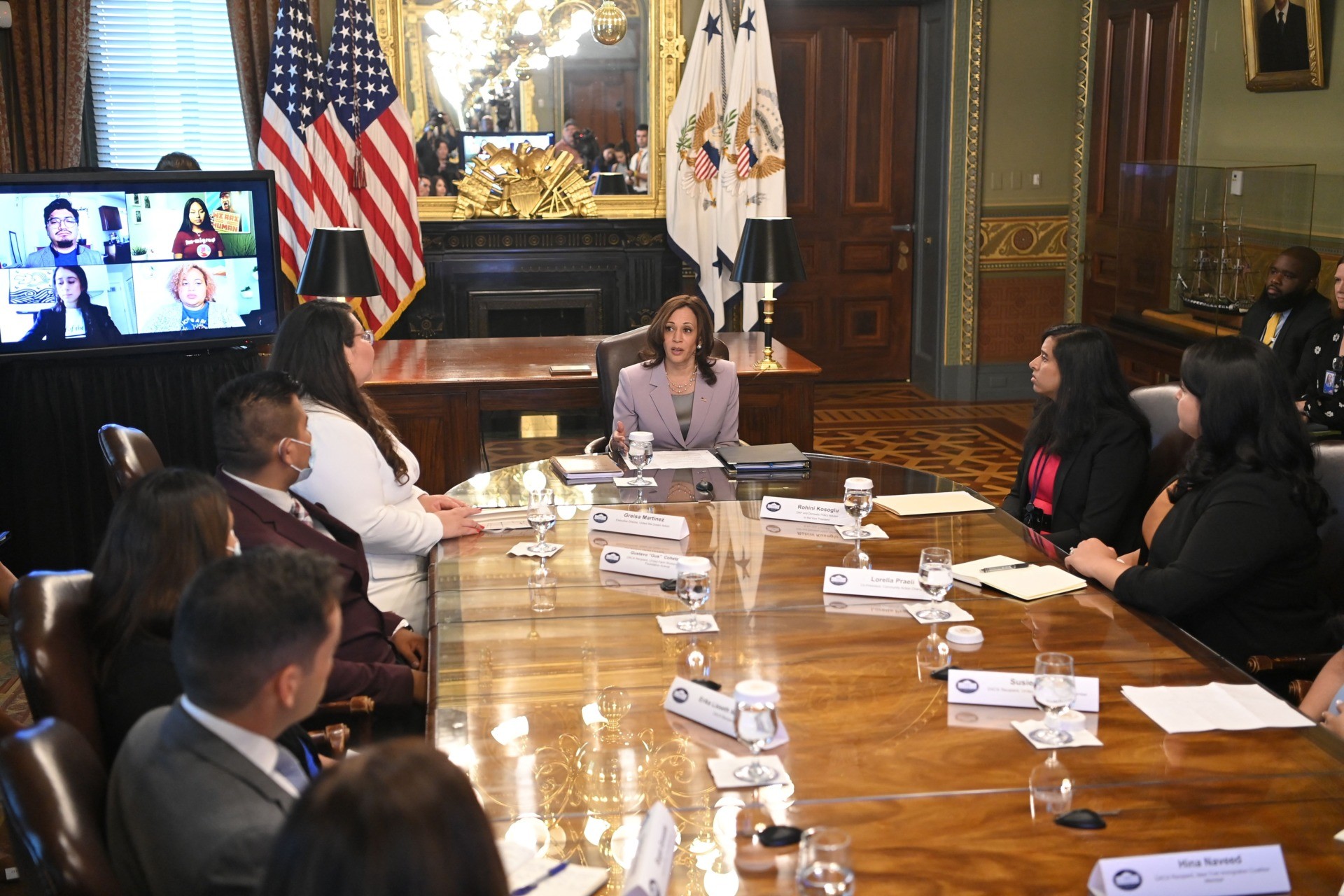 Harris noted that many illegal immigrants brought to the U.S. as children were people who worked jobs in Fortune 500 companies, the health care industry, served in the military, and even were going to college.

“Many have been living recently, these years, a life of uncertainty even though this is the only country they have ever known,” she said. “They deserve a pathway to citizenship.”

Harris brought up the ruling by a federal judge last week that the Deferred Action for Childhood Arrivals (DACA) program, first enacted by former President Barack Obama, was unconstitutional.

The ruling shuts down any new applicants to the program, despite President Joe Biden’s support for the program.

The vice president registered her disappointment with the ruling.

“The president and I, needless to say … we are unequivocal that we recognize you for the Americans that you are and that we recognize that you deserve all the rights that come with American citizenship,” Harris said to the group of activists.

Harris reminded current DACA recipients that they were currently safe despite the ruling, but that the Justice Department would appeal the decision.

Harris expressed her frustration with the multiple legal challenges to the DACA program.

“The status quo of young immigrants living with uncertainty between one case to another is just simply wrong,” she said, adding that the illegal immigrants were living in fear of every “knock at the door.”

She again called for amnesty for illegal immigrants, promising to push Congress to make progress on the issue.

“We will not give up in this fight,” she said.

Harris also made a moral argument about giving illegal immigrants amnesty, noting that Americans should reward their “self-determination.”

“This is about saying that we want to ensure that all people have the ability to determine their own future,” she said.