Pentagon press secretary John Kirby estimated between 5,000 and 10,000 Americans are stuck near Kabul after the rapid takeover of Afghanistan by the Taliban, in an interview on CNN on Tuesday morning.

Asked how many Americans he believes are currently in Afghanistan, Kirby said on CNN’s New Day, “Well, we think there are certainly thousands of Americans, we don’t have an exact count, I would say somewhere — best guess between 5- and 10,000 that are near Kabul.”

It is unclear how many more Americans are in Afghanistan who are not near Kabul.

Robert Charles, former assistant secretary of state for President George W. Bush, said Tuesday on Fox News’s Fox & Friends First there could be as many as 40,000 Americans stranded in the country.

Kirby said at a Pentagon briefing afterwards that over the last 24 hours, seven C-17 aircraft were able to get between 700 and 800 passengers out, including 165 Americans.

He said the Pentagon hopes to be able to start getting out between 5,000 and 9,000 passengers per day with a couple of dozen military sorties, once more American troops arrive.

He said more than 4,000 U.S. troops were on the ground in Kabul to assist with the effort and more were on their way. 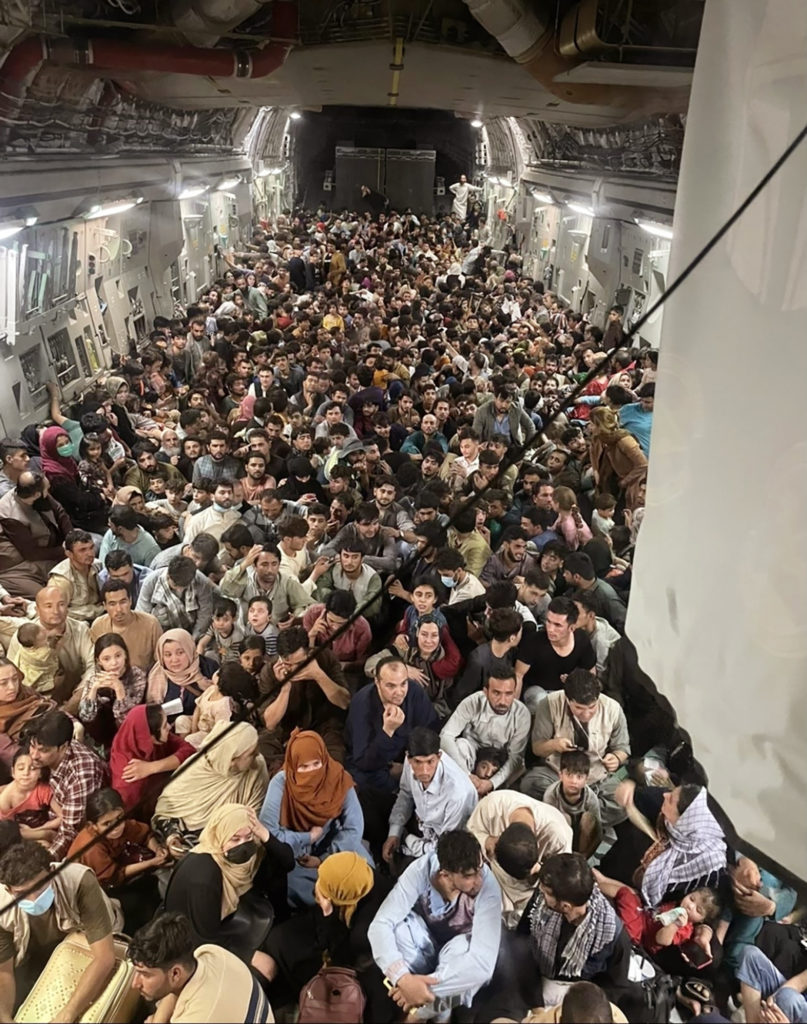 Kirby insisted the Hamid Karzai International Airport was secure and that Americans should start making their way to the airport. He did not specify what measures the U.S. was taking to get Americans to the airport.

He also said the military was “not equipped” to know “the locations, the whereabouts of every single American throughout the country.”

Pentagon Spokesman John Kirby: "We're not equipped" to know "the locations, the whereabouts of every single American throughout the country." pic.twitter.com/bMMyXoBW49

As far as Afghan refugees, Kirby said the Pentagon hopes to bring in 22,000 to military installations in the continental U.S.

“We have an obligation to people who have helped us over the last 20 years,” he said.