Rep. Alexandria Ocasio-Cortez (D-NY) was hit with a third ethics complaint this week, this time from the Foundation for Accountability and Civic Trust (FACT), demanding an investigation into the congresswoman’s Met Gala attendance which allegedly violated House ethics rules.

The non-partisan ethics watchdog sent a complaint to demand an immediate investigation with the Office of Congressional Ethics. FACT stated that “House Rule 25 prohibits a Member from accepting any gift unless the gift is specifically allowed under one of the listed exceptions.” 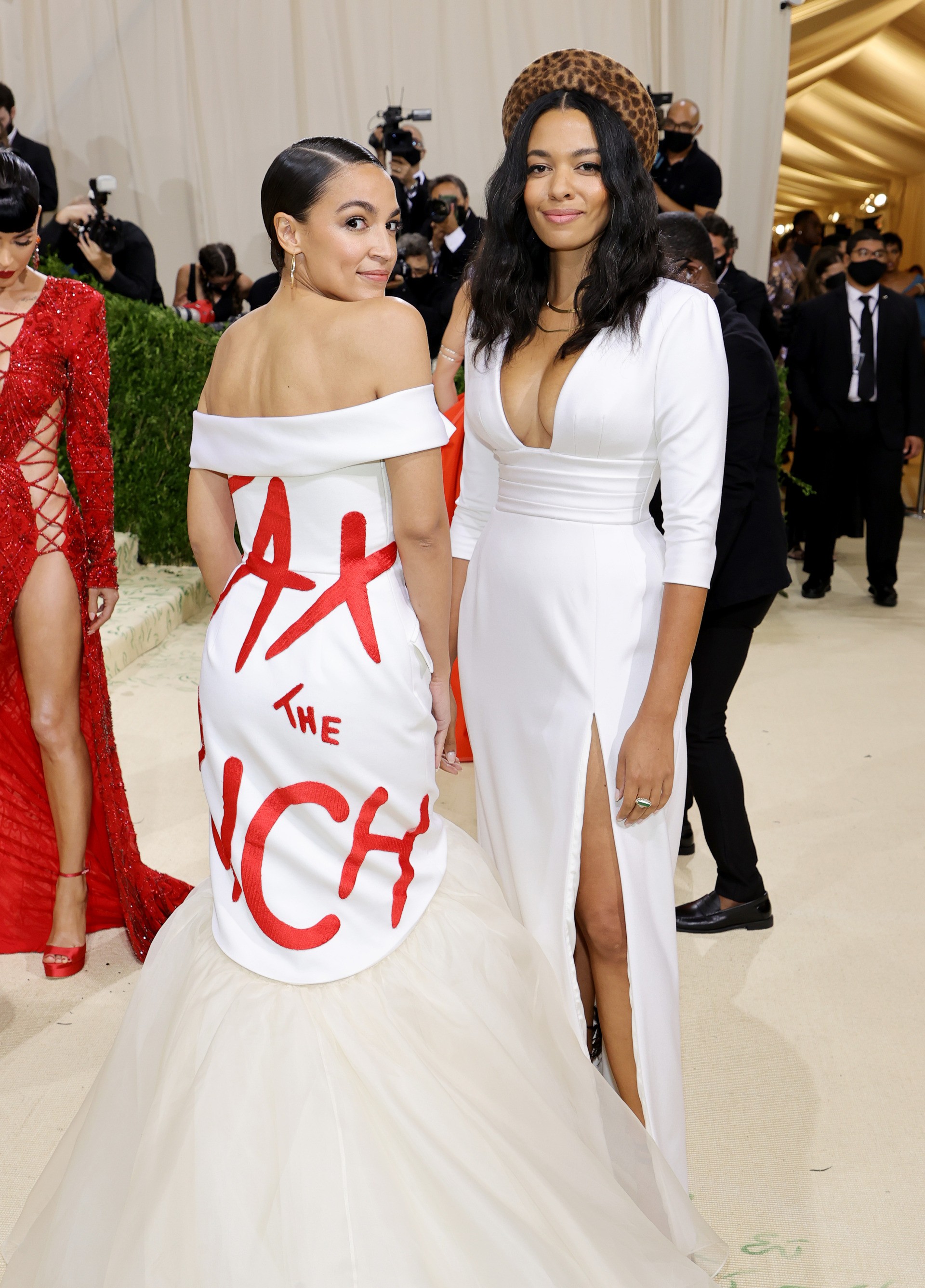 They noted that a “gift” in the House rules are defined in “an extremely broad manner” that includes a “gratuity, favor, discount, entertainment, hospitality, loan, forbearance, or other item having monetary value.” The watchdog group noted that it also includes “gifts of service, training, transportation, lodging, and meals, whether provided in kind, by purchase of a ticket, payment in advance, or reimbursement after the expense has been incurred.”

The complaint from FACT noted:

On September 13, 2021, Representative Ocasio-Cortez attended the Met Gala, an event she described as “elite and inaccessible.” The event is held to raise funds for the Metropolitan Museum of Art’s Costume Institute and is described as the “Oscars of fashion.” Tickets to the event are $35,000 each, or $200,000 to $300,000 per table.

Ocasio-Cortez reportedly did not buy her ticket to the event and was seated “at the table of Anna Wintour, the editor of Vogue and artistic director of Condé Nast, who is the longtime co- host of the gala.” Additionally, Ocasio-Cortez stated she “borrowed” a formal dress from the company Brother Vellies and she was given jewelry valued at $515 from the company Mujuri to wear to the event. Ocasio-Cortez further stated in a social media post that she had a hair and makeup team for the event, reported to be a Vogue hair stylist and a makeup artist from the cosmetics company, Bobbi Brown.

“The gift rule for Members of Congress is very clear and is in place for good reason. Members simply cannot accept anything of value that isn’t on the short list of permitted items,” Kendra Arnold, the executive director of FACT, told Breitbart News. Arnold added:

This is a bedrock ethics rule and it serves several important purposes–it prevents Members from cashing in on their position, it prevents gift-givers from gaining influence, and it maintains the public trust. This is a case where the Member’s own words should trigger an investigation–not only did she state that she did not pay for an item, she also implied that she was given the ticket because of her ‘responsibilities in overseeing’ the gift-giver. This entire situation is exactly what the House’s gift rule is designed to prevent, and we request an immediate investigation into this matter by the Office of Congressional Ethics.

“Violations of these rules are serious and cannot be overlooked,” FACT wrote in the complaint. “In the present case, the public is well aware that Ocasio-Cortez attended a prestigious event because of her position as a Member and that she stated she did not pay for the items she used for the event.”

American Accountability Foundation filed the first complaint against the Ocasio-Cortez for accepting a $35,000 ticket to attend the Met Gala. The foundation’s founder wrote in the complaint that the congresswoman broke House rules by accepting “an impermissible gift.”

The second complaint filed against the Ocasio-Cortez was from National Legal and Policy Center (NLPC), who allegedly claimed: “Ocasio-Cortez (D-NY) improperly accepted tickets from a table sponsor for herself and her boyfriend.” The Center said, “it is the table sponsor who is gifting or underwriting a coveted seat to AOC at the Gala.”