The fourth and largest chartered flight carrying international civilians from Afghanistan to Qatar — since the Taliban took over and the U.S. forces pulled out of the country last month — flew out of Kabul Sunday with over 230 passengers, including nearly 70 American citizens and green card holders.

In a statement issued Monday, Ned Price, a spokesman for the State Department, confirmed that the Qatar Airways flight left Kabul on Sunday “with 21 U.S. citizens and 48 lawful permanent residents onboard,” adding:

We are thankful to [the] Qatari authorities, who continue to coordinate these flights with the Taliban. As we have stated before, we will continue to help U.S. citizens, lawful permanent residents, and Afghans affiliated with the U.S. government to depart Afghanistan. We welcome continued cooperation by all involved with facilitating these flights.

A second unnamed Qatari official indicated “there were 236 passengers, making it the largest evacuation flight since the withdrawal of U.S. and allied forces ended on Aug. 31,” Reuters reported.

“We can confirm that a Qatar Airways charter flight departed from Kabul yesterday with 28 U.S. citizens and seven lawful permanent residents onboard,” Price declared in a separate statement issued Saturday.

That same day, two U.S. citizens and the 11 legal residents took an “overland route” out of Afghanistan, designated a sharia-compliant Islamic emirate by its Taliban rulers. 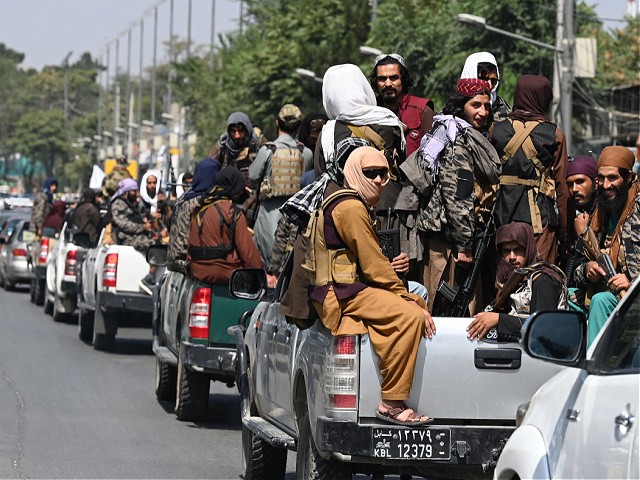 A convoy of Taliban fighters patrol along a street in Kabul on September 2, 2021. (Photo by AAMIR QURESHI/AFP via Getty Images)

A day earlier, on September 9, the first international passenger flight since U.S. forces withdrew left Afghanistan with 113 Western passport holders or legal residents, including about ten citizens and 11 green card holders, the State Department spokesman confirmed. Most of the passengers were Afghans.

According to U.S. President Joe Biden’s administration, at least 80 U.S. citizens and 77 Legal Permanent Residents (LPR) trapped in Afghanistan since the U.S. troops pulled out have evacuated the country on Qatar Airways flights so far.

On August 31, U.S. troops pulled out of Afghanistan, ending a two-week evacuation effort before pulling out all American citizens, green card holders, and Afghan allies. The State Department has since taken over President Biden’s administration’s evacuation efforts. 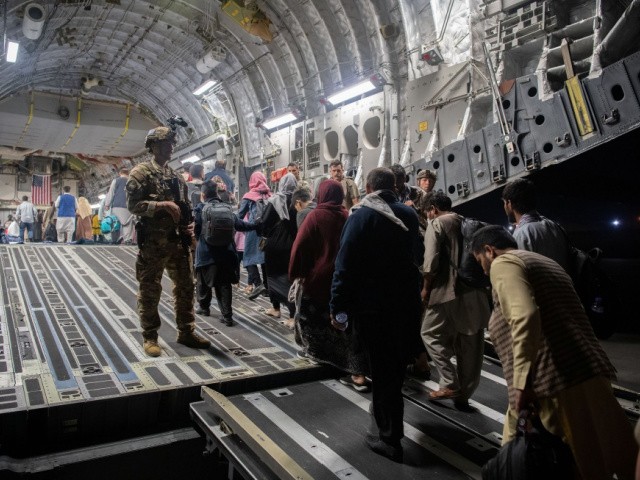 The Taliban launched an aggressive offensive to take over Afghanistan days after Biden announced the timeline for the complete withdrawal of U.S. forces in April.

After the Taliban declared victory, Biden caved into the jihadi group’s demand that all foreign forces leave Afghanistan by August 31.

Before the Taliban allowed the resumption of evacuation flights out of Kabul, U.S. Secretary of State Antony Blinken said “about 100” Americans remained stranded in Afghanistan. He repeated that estimate while testifying before a House panel on September 13.

Blinken stressed that his department’s estimate is fluid, conceding that the Biden administration does not know for sure how many U.S. citizens remain in Afghanistan.