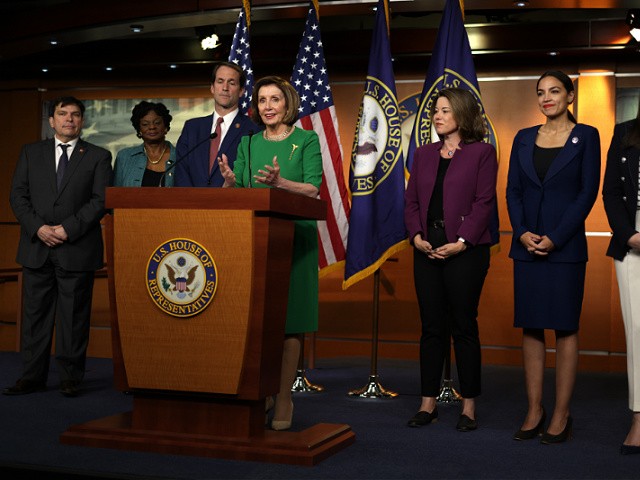 The House plans to vote this week, potentially Monday or Tuesday, on the $1.2 trillion infrastructure bill, otherwise known as the Infrastructure Investment and Jobs Act.

“We support swift passage of the president’s $3.5 trillion reconciliation package. The bipartisan infrastructure framework would, on average, deliver $1.2 billion per congressional district,” the Democrats told Axios.

“However, the idea that denying passage of the Senate’s Bipartisan Infrastructure bill [BIF] somehow exercises ‘leverage’ over some of our more fiscally conservative members is wholly misguided,” the lawmakers added.

“Whatever we can get 51 in the Senate on, which we will, we will get done and it’ll be coming into law,” the New Jersey Democrat said Saturday. 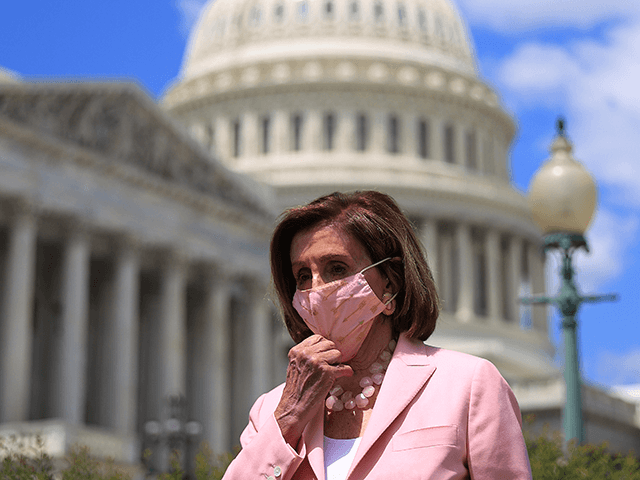 Speaker of the House Nancy Pelosi (D-CA) adjusts her face mask during a news conference on infrastructure outside the U.S. Capitol on May 12, 2021, in Washington, DC. Pelosi met with President Joe Biden and her Republican counterparts earlier in the day to discuss Biden’s infrastructure plan. (Photo by Chip Somodevilla/Getty Images)

The planned vote for the Infrastructure Investment and Jobs Act sets up a fight with progressive lawmakers, who have promised to tank the bill without advancing the larger bill.

“I don’t believe there is going to be a vote. The votes aren’t there,” Rep. Pramila Jayapal (D-WA) said Sunday.

Pelosi promised the so-called bipartisan infrastructure bill would have the votes if it came to the floor.

“You cannot choose the date. You have to go when you have the votes, in a reasonable time. It’s an eventful week,” she added.