Despite the intense pressure campaign, Sen. Kyrsten Sinema (D-AZ) has reportedly told Democrats in the House of Representatives that she will not support President Biden’s multi-trillion-dollar plan prior to passing the waiting bipartisan infrastructure bill.

According to Reuters, sources confirmed that Sinema told Democrats of her decision during an online meeting that was also attended by Sen. Joe Manchin (D-WV), who has also publicly opposed the bill’s excessive price tag.

“In an online meeting, Sinema and fellow Senate moderate Joe Manchin said they would not abide by any deadlines adopted by leadership to force votes on the package,” reported the outlet. “Congress already faces a pair of critical deadlines around Dec. 3, when the government faces the risk of shutdown and a historic debt default.” 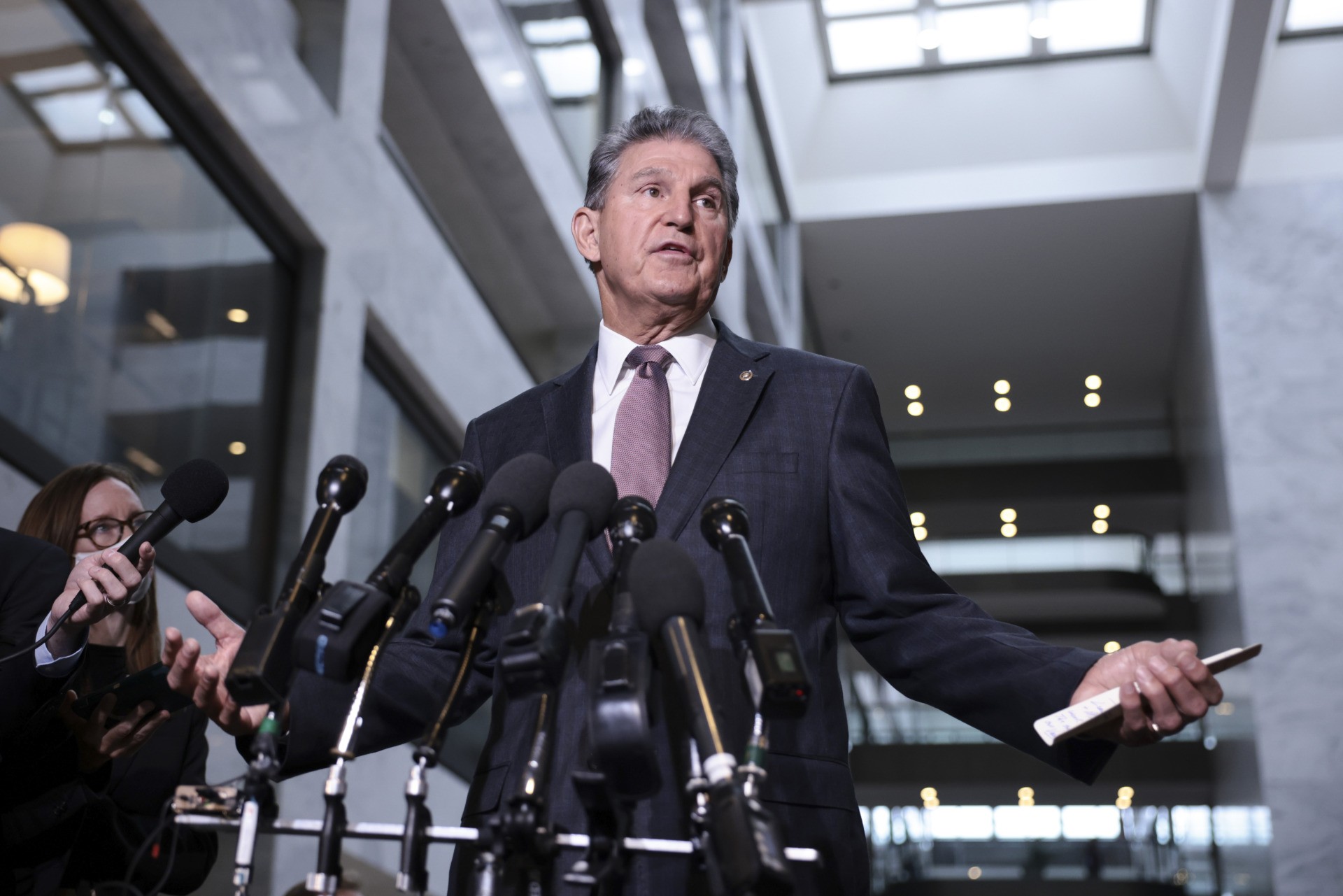 Sen. Joe Manchin (D-WV) speaks at a press conference outside his office on Capitol Hill on October 06, 2021 in Washington, DC. (Anna Moneymaker/Getty Images).

Sinema, who has reportedly not been returning President Biden’s phone calls, recently headed off to Europe as the fate of the president’s legislative agenda hangs in the balance.

“Sinema’s congressional office did not comment on the senator’s travels, but New York Times’ sources told the publication Sinema had meetings in Paris and London,” Breitbart reported Wednesday.

Both Sens. Sinema and Manchin have objected to what they feel are excessive elements of the bill that progressive Democrats overwhelmingly favor, such as an expansion of welfare handouts, free college, free pre-K, and increased efforts to combat global climate change. Speaking with reporters earlier this month, Sen. Manchin feared that the bill would further create an “entitlement society.”

Manchin maintained that his topline number for the package still stands at $1.5 trillion. Trying to meet him halfway, President Biden brought the number down from $3.5 trillion to $2.2 trillion, according to Axios, a move that angered hardcore leftists like Sen. Bernie Sanders (I-VT).

“The time is long overdue for [Manchin] to tell us with specificity — not generalities; we’re beyond generalities … what he wants and what he does not want, and explain that to the people of West Virginia,” Sanders told reporters.