President Joe Biden’s record-setting illegal immigration to the United States is “an unmitigated disaster” that could take “a decade or more” for Democrats to repair from, an analyst says.

Last week, as Breitbart News reported, the Department of Homeland Security (DHS) revealed that more than two million illegal aliens crossed the United States-Mexico border in Fiscal Year 2021 — the highest level of illegal immigration ever in the nation’s history. 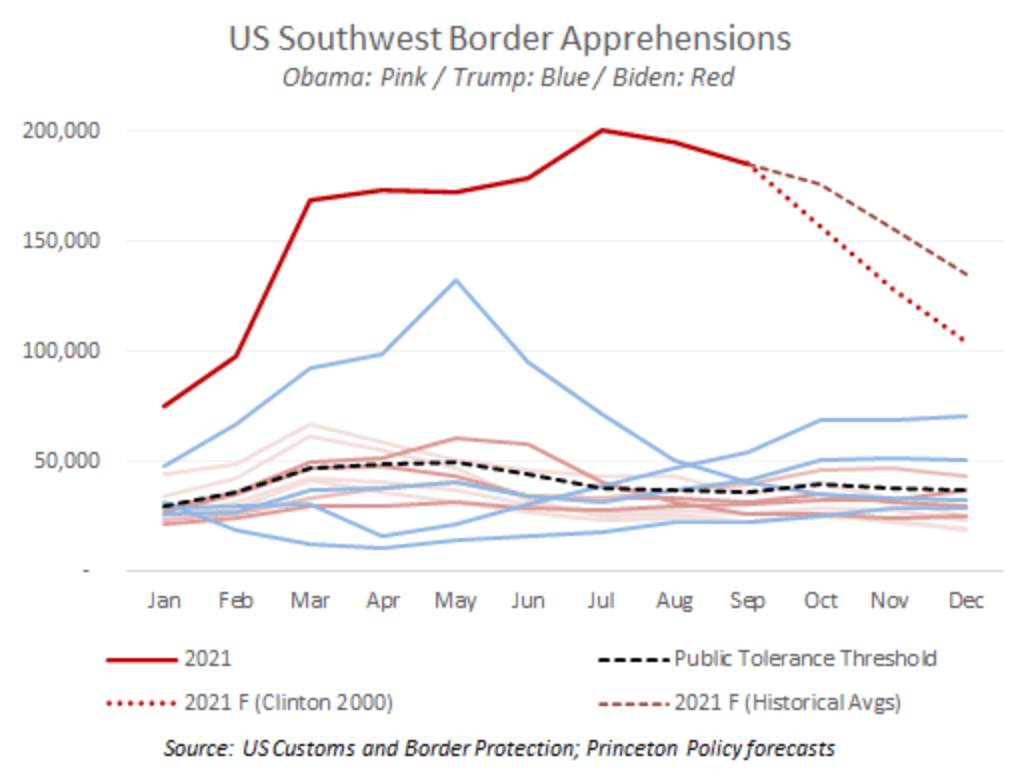 “With this, the Biden administration now holds the record for the greatest number of fiscal year apprehensions at the southwest border in US history, 1.658 million versus 1.643 million in 2000,” Steven Kopits, an analyst with the Princeton Policy Advisors firm, wrote.

Kopits predicts that by the end of December, there will have been up to 2.1 million illegal aliens who crossed the southern border since the beginning of the year. This would beat previous record-setting illegal immigration years by about 500,000 illegal crossings.

In addition, Kopits said the surge of illegal immigration under Biden is likely to spur political fallout for Democrats in the 2022 midterms and the 2024 presidential election.

“The administration’s open borders policy is an unmitigated disaster … repairing the political damage may take a decade or more,” Kopits wrote.