Romney wore a black mask throughout the ceremony, even though the event took place outdoors as the coronavirus pandemic continues. Some Senate Democrats also wore masks outdoors, but many did not. 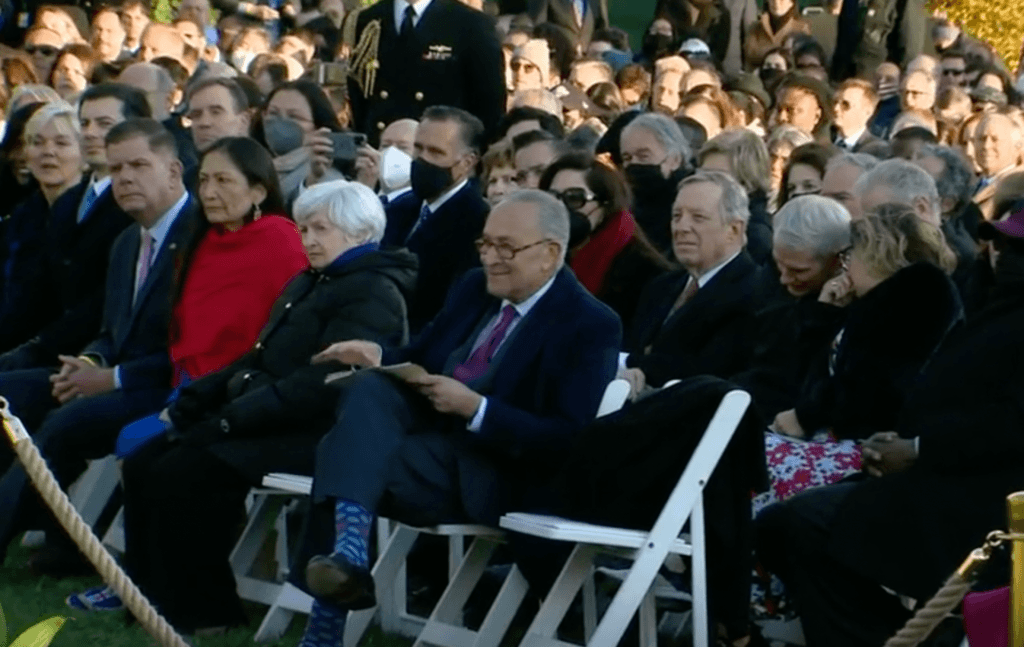 Romney was spotted in the audience sitting with Senate Democrats, including Chris Coons (D-DE) and Mark Warner (D-VA).

Prior to attending the signing ceremony, Romney said in a statement he is “proud to have helped negotiate this legislation.”

“This legislation shows that Congress can deliver for the American people when members from both sides of the aisle are willing to work together to address our country’s critical needs,” he wrote.

A total of 19 Senate Republicans voted for the infrastructure bill, including Sen. Minority Leader Mitch McConnell (R-KY). McConnell did not attend the ceremony.

Portman, who announced his decision not to run for reelection in January, spoke in favor of the bill at the ceremony.

“This is what can happen when Republicans and Democrats decide we’re going to work together to get something done,” he said, praising Biden and his White House staff for working with Republicans on the legislation.

During his remarks, Biden praised Portman, calling him “a hell of a good guy.”

“I’m not hurting you, Rob, because I know you’re not running again,” Biden said. “That’s the only reason I say that.”