Jussie Smollett will finally face a judge and jury in the trial for his hate crime hoax, years after a prosecutor with connections to George Soros dropped charges against the disgraced Hollywood star.

Smollett has been charged with six felony counts related to filing a false police report in 2019 claiming that Trump supporters physically assaulted him — including putting a noose around his neck and pouring bleach on him — in what he described as a racist and homophobic attack.

The former Empire star even claimed his assailants said, “This is MAGA country” as they proceeded to assault him. But the entire event was eventually revealed to be a hoax that the actor allegedly staged as a way to boost his Hollywood career. 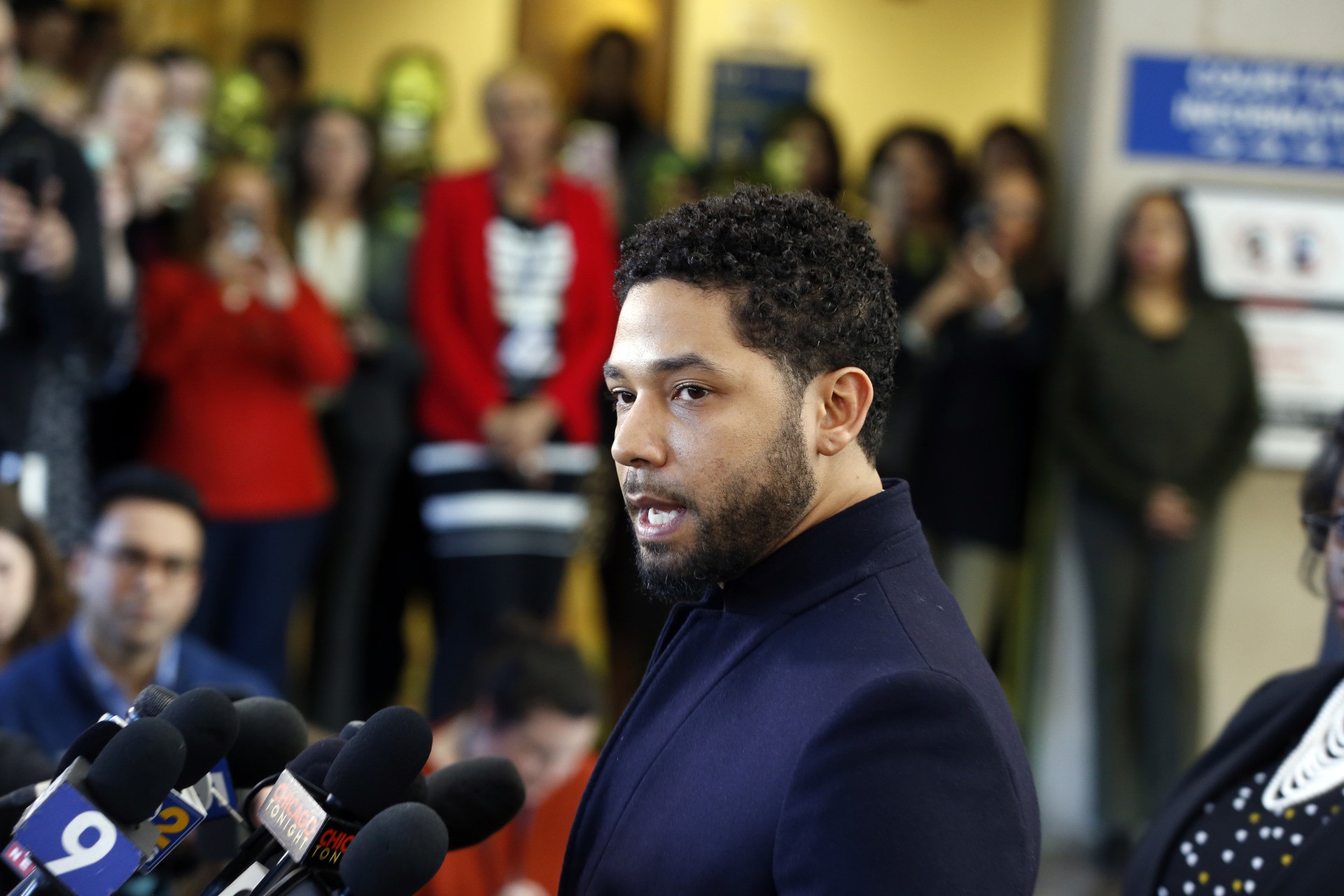 Two Nigerian bodybuilding brothers have alleged Smollett paid them $3,500 to pose as his attackers. Abimbola and Olabinjo Osundairo are expected to take the witness stand during the trial. 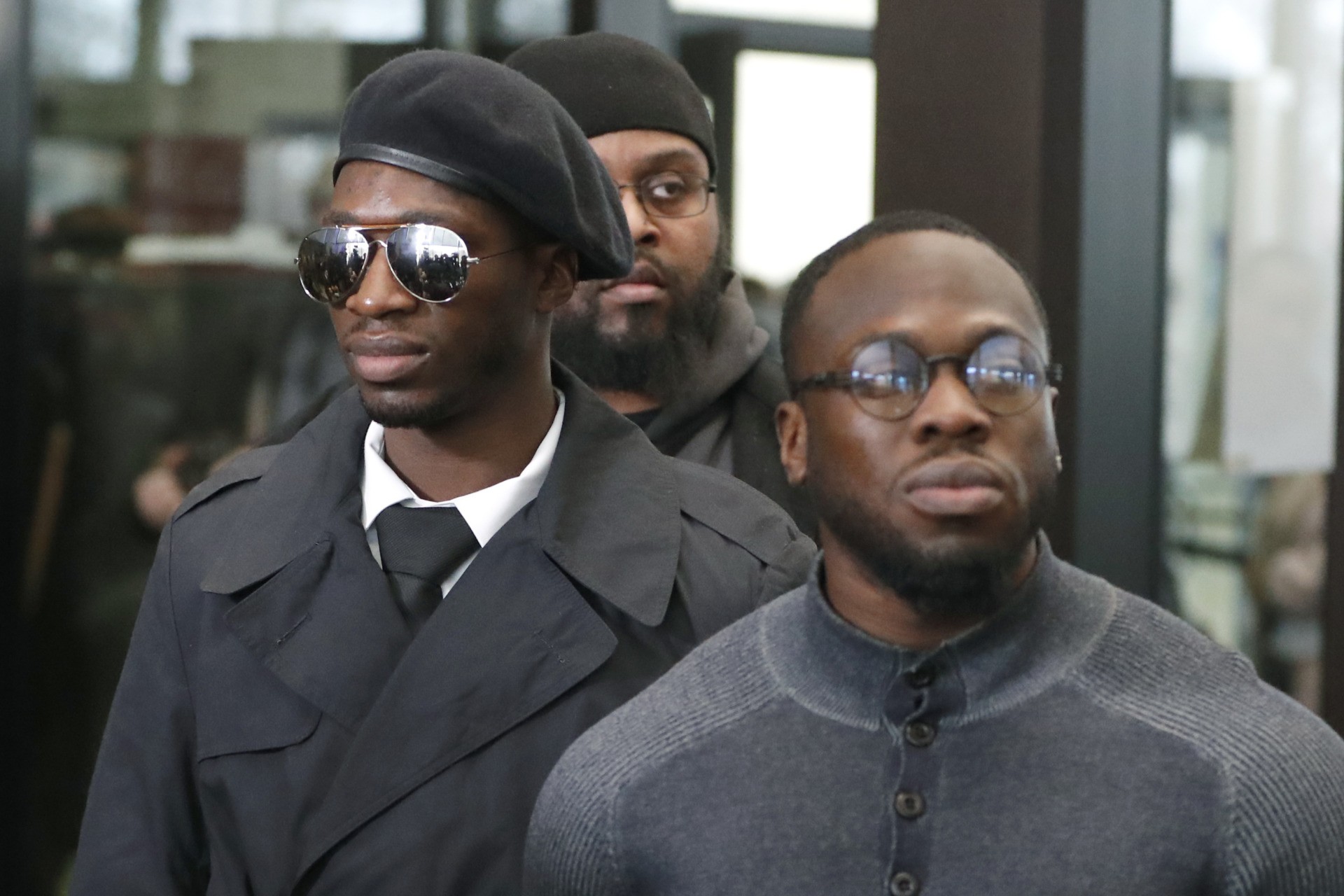 Brothers Olabinjo Osundairo, right, and Abimbola Osundairo, who claim actor Jussie Smollett hired them to stage an attack on him, appear outside the Leighton Criminal Courthouse in Chicago, Monday, Feb. 24, 2020, after Smollett’s court appearance on a new set of charges alleging that he lied to police about being targeted in a racist and homophobic attack in downtown Chicago early last year. (AP Photo/Charles Rex Arbogast)

Smollett and his family reportedly arrived at the Chicago courthouse shortly after 9 a.m.  on Monday His arms were locked with his mother’s as they walked past a crowd of news cameras in the courthouse lobby, according to a report from WGN9.

Jury selection was set to take place Monday as the highly anticipated trial officially gets underway to decide on the charges brought by special prosecutor Dan Webb.

Smollett’s road to trial has been long and complicated. In a controversial move, Cook County State’s Attorney Kim Foxx dropped the initial 16 charges against the actor without explanation. Foxx was reportedly contacted by Tina Tchen, a longtime Obama ally and former Obama White House official, shortly before the charges were dropped. 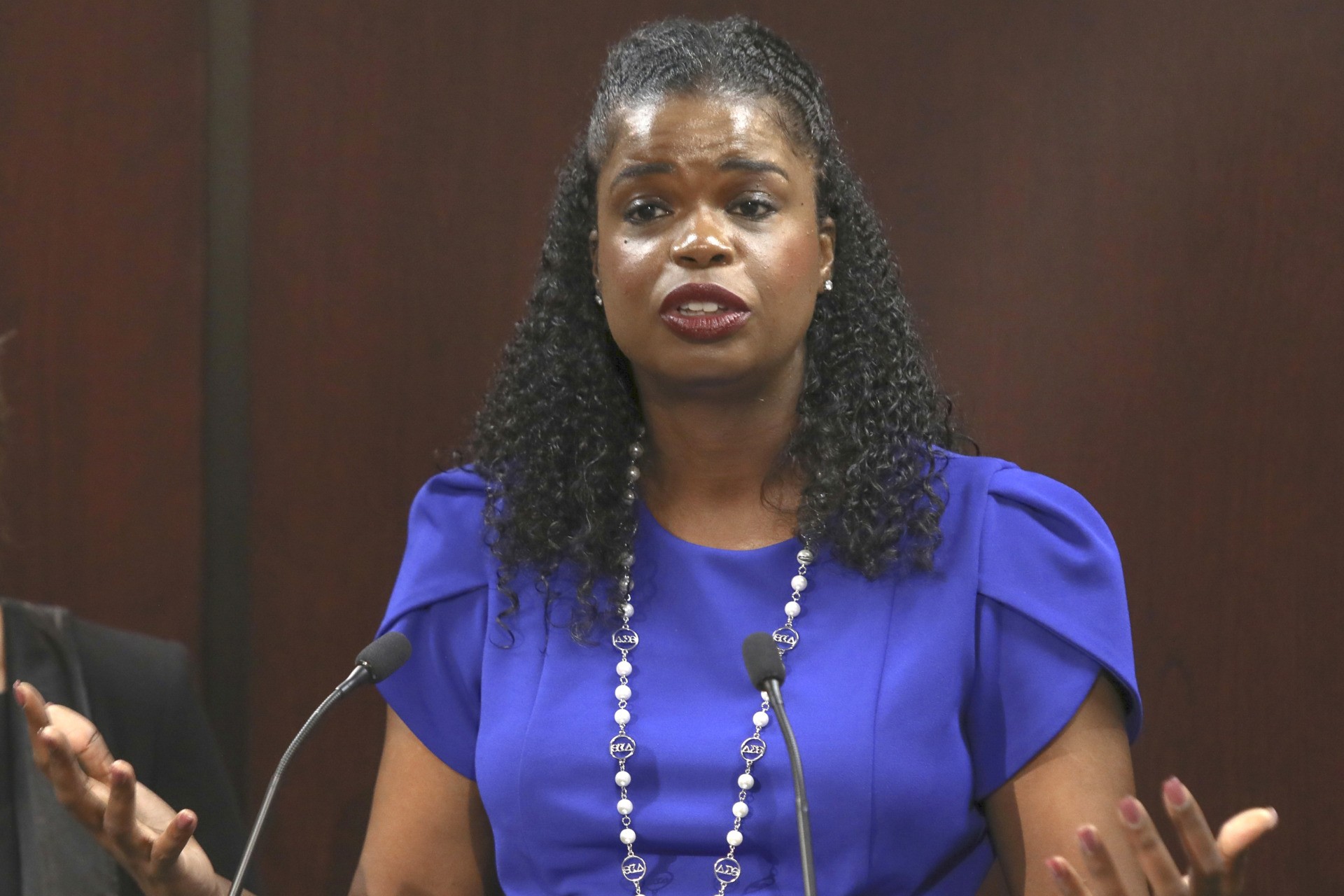 Jussie Smollett was an Obama supporter who campaigned with Barack and Michelle Obama. Foxx has ties to left-wing billionaire George Soros, who donated money to a PAC affiliated with her campaign.

Following widespread backlash, the city of Chicago filed a federal lawsuit against Smollett in an effort to recoup the money that was spent on the investigation. Later, a judge appointed Dan Webb as a special prosecutor, who brought the six current charges against the actor.

Smollett, who has maintained his innocence, could face up to three years in jail if found guilty.