The honor is being granted, according to Forbes, for “her leadership and influential voice on the global stage in advancing the cause of women and fighting for gender equity.”

“I am thrilled to announce former Secretary of State Hillary Rodham Clinton will headline the next month’s 30/50 summit in Abu Dhabi,” Mika Brzezinski said on Morning Joe to announce the Clinton bestowal.

Brzezinski is a chairwoman of the summit and founder of the co-sponsoring organization, Know Your Value. 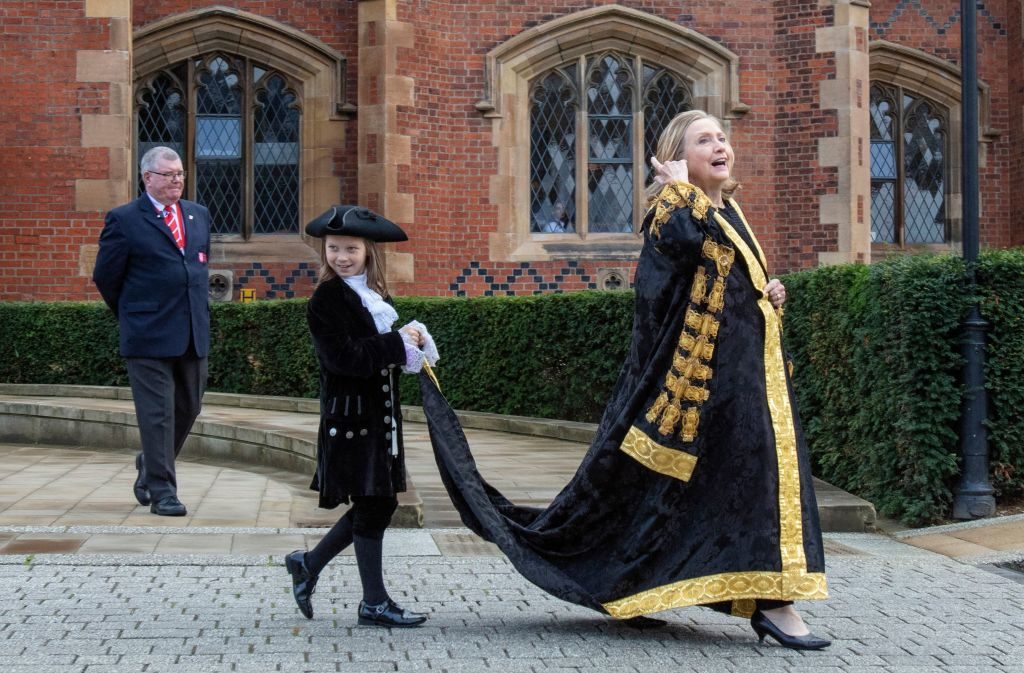 “Hillary Clinton helped shape and define an era in which women rose in protest, changed the conversation, and ultimately came to power,” she told the Morning Joe audience.

Hillary is that dude at the bar rambling on and on about how he "could have gone pro were it not for that high school knee injury." https://t.co/pgSXb80iBB

At the presentation Clinton will be interviewed about her life from her commencement speech at Wellesley College in 1969 up to her work as a U.S. senator and beyond.

The Forbes 30/50 Summit is an event gathering women from all over the world from both the “30 under 30″ list and the “50 over 50″ list, according to organizers.