Hamilton, 35, collected his trophy for winning the Tuscan Grand Prix while wearing the T-shirt featuring the words “Arrest the cops who killed Breonna Taylor.” The message was in capital letters on the front of his black shirt.

He also donned it before the race when drivers now “take a knee” in support of the Black Lives Matter (BLM) movement.

“Justice for Breonna Taylor,” Hamilton said. “It took me a long time to get that shirt, and I’ve been wanting to wear that and bring awareness to the fact that there’s people that have been killed on the street and there’s someone that got killed in her own house.”

He later repeated his message on social media:

It’s been 6 months since Breonna Taylor was murdered by policemen, in her own home. Still no justice has been served. We won’t stay silent. #JusticeForBreonnaTaylor pic.twitter.com/7zinVHiYcH

Breonna Taylor, 26, was fatally shot in her bed by officers of the Louisville Metro Police during the execution of a “no-knock” warrant in March.

As Breitbart News reported, her death has become a rallying cry for BLM and other anti-police groups, with activists demanding that charges be brought against the officers.

Standing atop the podium at the Mugello Circuit in Italy, Hamilton wore a t-shirt with the words “Arrest the cops who killed Breonna Taylor” emblazoned across his torso, with a picture of the deceased woman on his back below the words “say her name.” 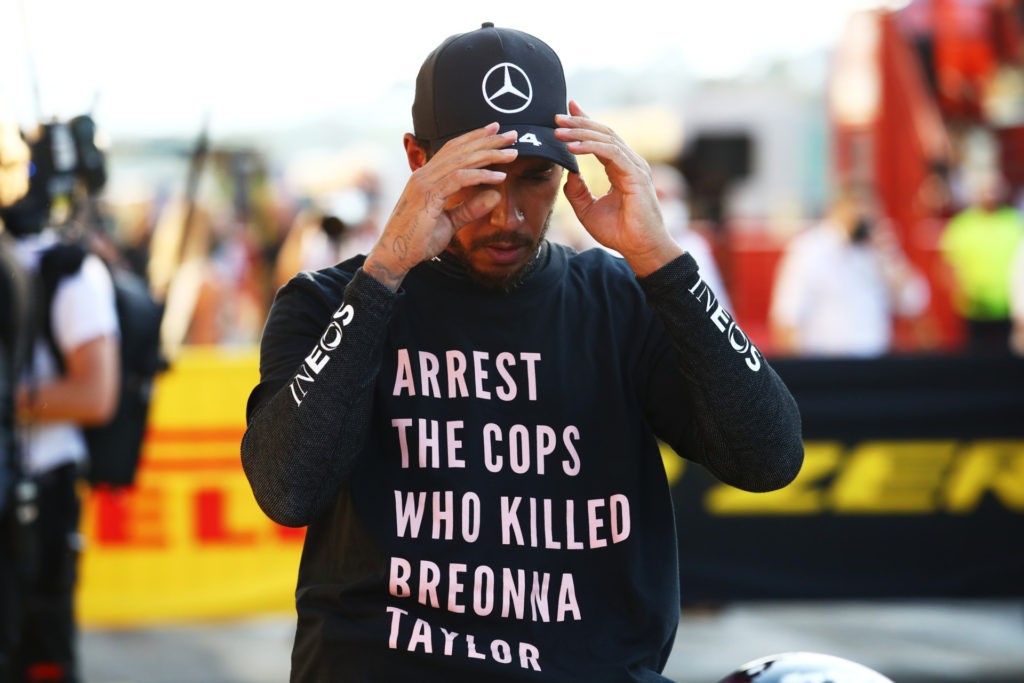 Race winner Lewis Hamilton of Great Britain and Mercedes GP wears a shirt in tribute to the late Breonna Taylor during the F1 Grand Prix of Tuscany at Mugello Circuit on September 13, 2020 in Scarperia, Italy. (Bryn Lennon/Getty Images) 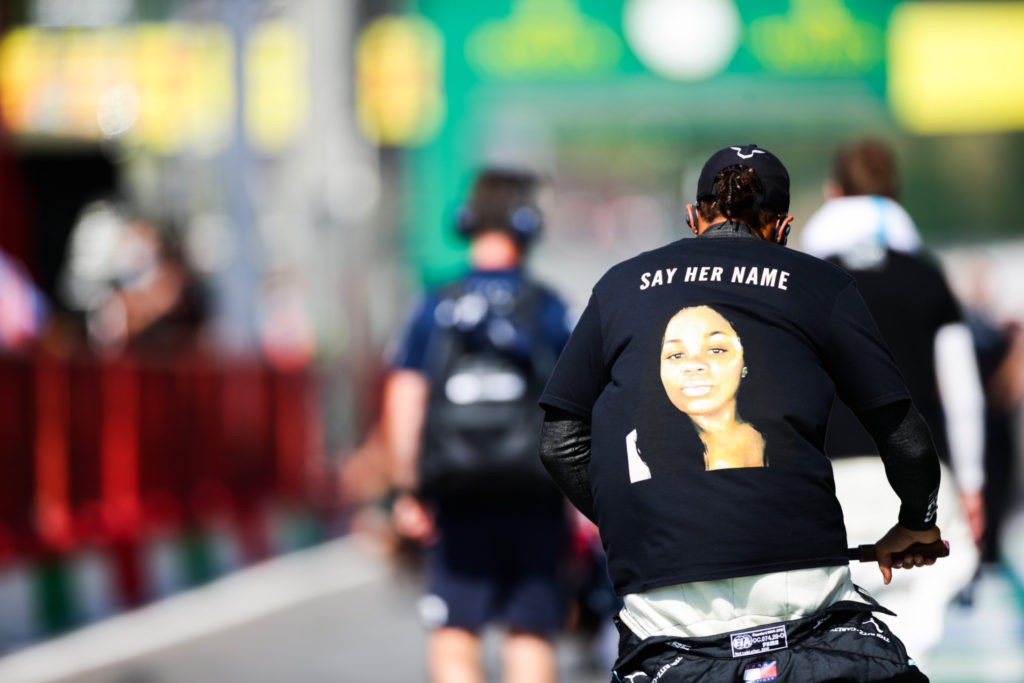 Lewis Hamilton of Mercedes and Great Britain during the F1 Grand Prix of Tuscany at Mugello Circuit on September 13, 2020 in Scarperia, Italy. (Photo by Peter Fox/Getty Images)

The Kentucky Attorney General is still investigating the killing, which has led to riots in America, so Hamilton’s intervention is seen by several senior F1 figures as being potentially “political.”

The Daily Mail reports an official confirmed to the news outlet Hamilton could be fined, with one official privately indicating to Sportsmail the Mercedes man had “crossed a line.”

The 34-year-old Monaco resident, thought to be personally worth $500 million, is no stranger to controversy. 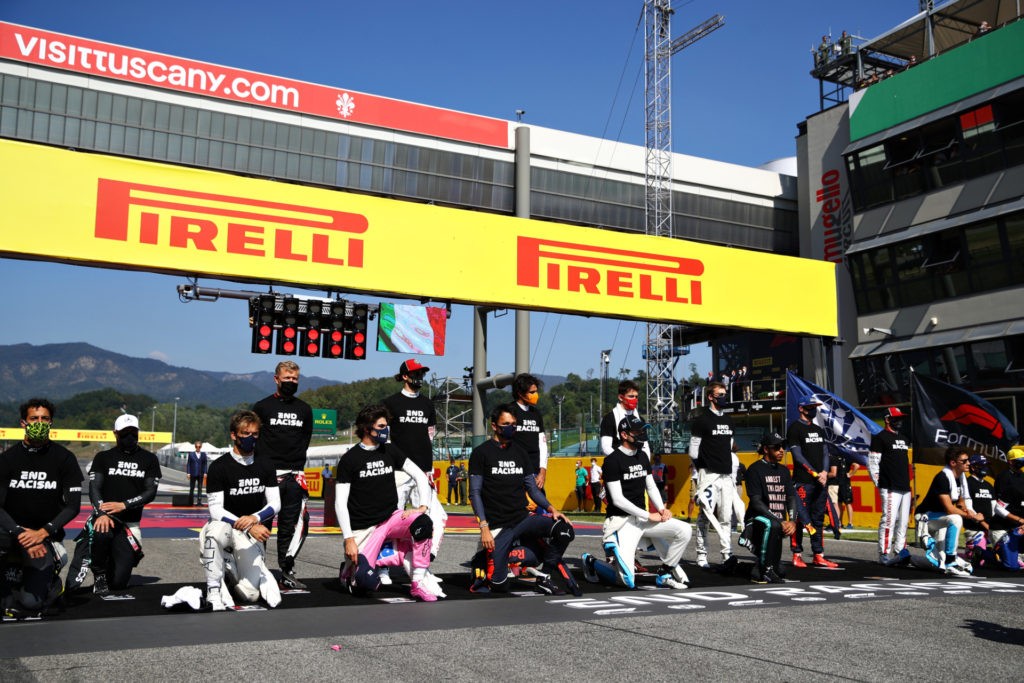 F1 drivers stand and kneel on the grid in support of ending racism before the F1 Grand Prix of Tuscany at Mugello Circuit on September 13, 2020 in Scarperia, Italy. (Photo by Mark Thompson/Getty Images)

Despite his own penchant for private jet travel and making a living driving a car around in circles at an average 3 miles to the gallon, last year Hamilton told his fans to go vegan as it is “the only way to save the planet,” as Breitbart News reported.

He said he stopped eating red meat and was now “pescatarian for the majority of the year and now I’ve cut fish.” He continued:

“As the human race, what we are doing to the world… the pollution [in terms of emissions of global-warming gases] coming from the amount of cows that are being produced is incredible.

“They say it is more than what we produce with our flights and our cars, which is kind of crazy to think, the cruelty is horrible and I don’t necessarily want to support that and I want to live a healthier life.”