The Atlas Gunworks Athena 1911 is a race gun that is beyond Cadillac in quality and craftsman, coming much closer to Ferrari-level performance and feel.

We have touched a lot of 1911s, but from the moment we first gripped the Athena things were different. The double-stack grip width, covered with an aluminum grip that locks into your hand, made the pistol feel different from the start. It felt secure in the hand, steady and ready.

Then we raised the gun and the bright green front sight made target acquisition a breeze. The Athena we shot was outfitted with a Trijicon RMR sight, but we shot through it, relying instead on the pistol’s bright, fixed front sight to see what kind of shot groupings we could achieve.

We then pulled the trigger, the pull of which is slightly less than two pounds. 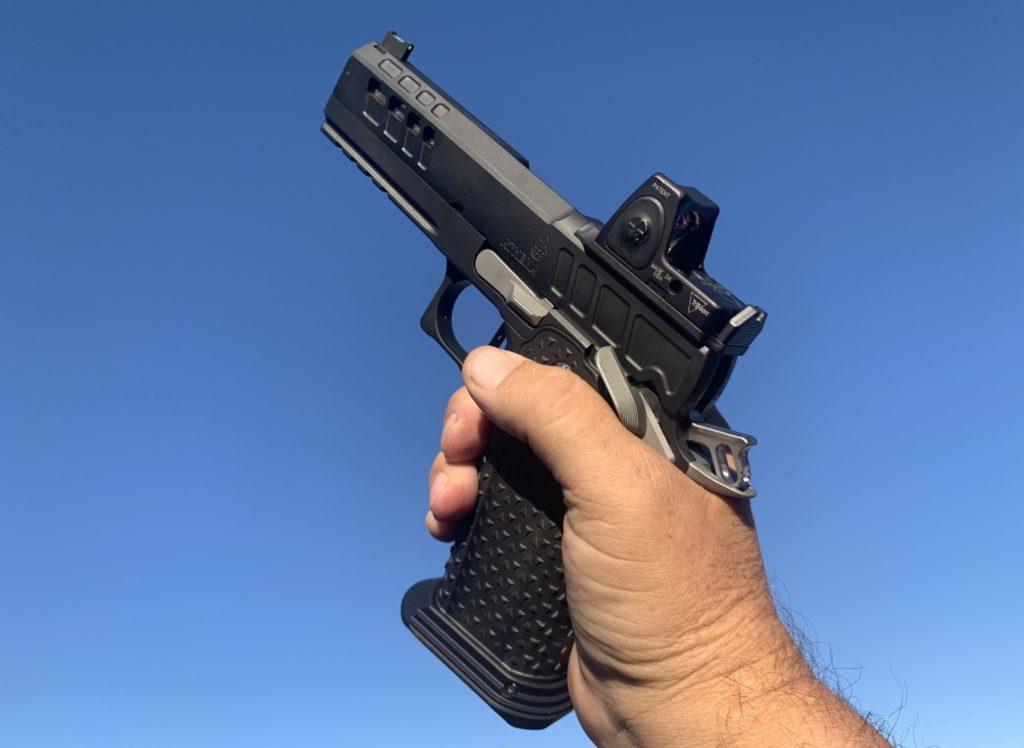 The Athena is ready for serious competitive shooters, delivering a seamless combination of speed and precision that many 1911 owners may have never imagined (AWR Hawkins/Breitbart News).

Are you kidding me?

We shot it fast and shot it slow,  we shot it indoors and outdoors, in good light and poor light. And regardless of the conditions the outcome was predictable: tight groupings again and again and again.

We took a competitive shooter to the range with the Athena to see how he would react to the gun’s refined nature, and he fell in love. On paper target after paper target he shot where one bullet nicked the hole made by the previous bullet. A group of 10 rounds fit into a hole about the size of quarter on one of the targets.

Atlas Gunworks is rooted Northern Vermont, where building “superlative race guns” is their goal. They certainly hit their mark with the Athena, a pistol which is ready for serious competitive shooters the moment they first take it in their hand.

The MSRP on the Athena is $5,500.00 and that price tag purchases speed and precision that many 1911 owners may have never imagined.