Amazon has been granted a patent for airship warehouses as it prepares to move its delivery business into the future.

In the latest example of science fiction turned reality, the online retailer is now seeking to patent giant floating warehouses, from which its army of delivery drones can deliver merchandise for local customers. Smaller airships would restock massive centralized vessels, and recover drones that had completed their assigned tasks.

The images submitted with the patent show grand blimp-like airships, lumbering with enormous cargo bays through the skies. They would be scattered across countries, likely clustered around urban populations. 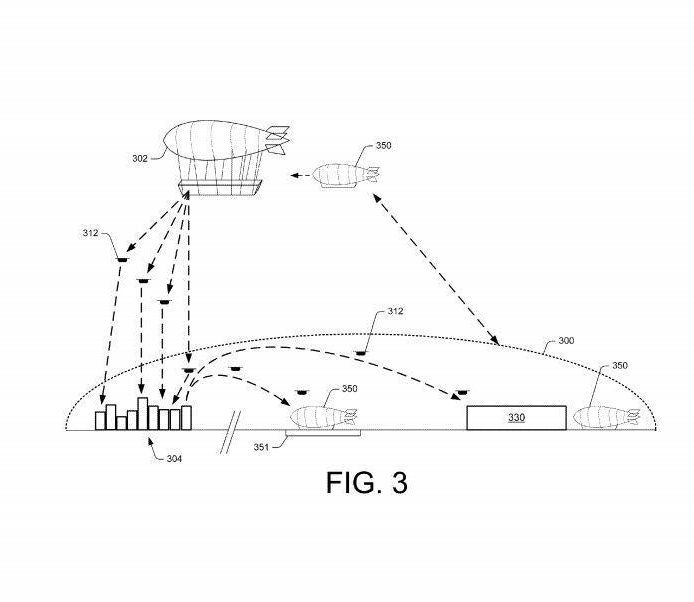 Amazon’s vision certainly doesn’t lack grandeur. In the patent’s vision of the future, Amazon might fly one of these airships above a sporting event, loaded down with souvenirs and refreshments for immediate delivery to the spectators below. The drones would drop from the central ship, allowing gravity to bring them toward their destination before engaging their engines.

Tech analyst Zoe Leavitt was responsible for uncovering the patent, which was granted in April 2016. Since then, Amazon has made its first official drone delivery to a home in Cambridge. And while a patent is far from any sort of guarantee of success — or even viability — it’s clear that Amazon’s ambitions are nothing short of revolutionary.