Six months ago, a startup called Kytch sued Taylor, the manufacturer of Mcdonald’s infamously broken ice cream machines. According to updates made to Kytch’s legal complaint, Taylor attempted to copy a repair device made by the company to help the McDonald’s ice cream flow, sabotaging Kytch’s business in the process.

Six months ago, a startup called Kytch sued Taylor as the startup had sold a small device for years that hacks Taylor’s ice cream machines allowing McDonald’s franchise owners to diagnose and fix their issues rather than wait on a Taylor-approved technician to fix the machine. Now, Kytch is alleging that Talyor attempted to copy the startup’s device and sabotage its business. 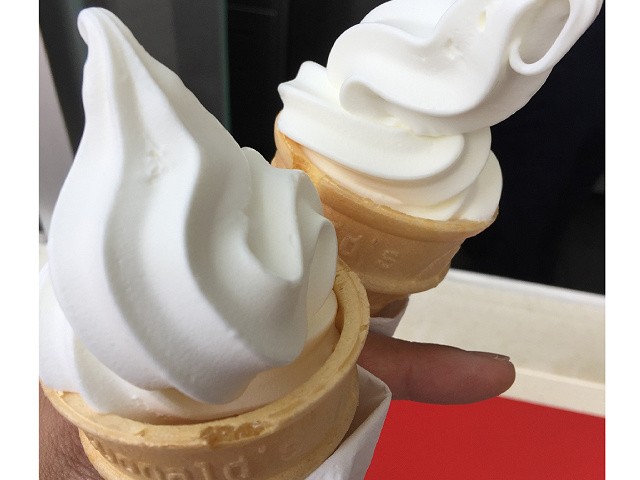 Breitbart News reported in September that the FTC launched an investigation into Taylor and the issues with McDonald’s ice cream machines.

The Federal Trade Commission (FTC) has carried out an inquiry into the Mcdonald’s broken ice cream machines. The inquiry seeks to discover if Taylor Commercial Foodservice LLC, the manufacturer of the machines, has engaged in practices that hinder McDonald’s owners’ abilities to fix machines themselves or seek repairs from a third party.

The Wall Street Journal and Dailywire have reported that the ice cream machines require a great deal of maintenance, which includes an “automated heat-cleaning cycle that can last up to four hours to destroy bacteria” on a nightly basis. According to owners, in the instance that a cleaning cycle fails, the machine requires maintenance from a repair technician before the franchise can again serve ice cream.

As it stands, the machines must be repaired by Taylor Commercial Foodservice LLC or a third-party repair company that has been authorized by Taylor Commercial Foodservice. As the company’s warning display system is complex, a manual is required to decipher the codes relayed by a faulty machine. Another company, Kytch Inc., developed a more user-friendly and accessible warning system for the Taylor machines, but Kytch Inc. has received a significant amount of pushback from Taylor.

In the discovery phase of Kytch’s lawsuit against Taylor, filed in May, Taylor was compelled to file more than 800 pages of internal emails and presentations that mention its approach to Kytch. According to Kytch, these appear to show that despite Taylor’s previous claims, the company did aim to copy the features of the device developed by the start up.

McDonald’s responded to Kytch’s growing sales by sending out a memo in the fall of 2020 to all franchisees warning them not to use the device, stating that it posed a physical safety risk, voided the Taylor machines’ warranties, and accessed its “proprietary data.” The memo recommended upgrading to a new, internet-connected device called the Taylor Shake Sundae Connectivity. Even now, that next-generation machine has yet to hit the market beyond a limited test. Kytch describes the McDonald’s message as “defamatory,” claiming it destroyed the business and left franchisees without a fix for their constantly borked ice cream machines.

Kytch responded by suing Taylor in May, as well as a Taylor distributor called TFG and a McDonald’s franchisee named Tyler Gamble, who had allegedly given Taylor and TFG access to Kytch’s device. The lawsuit claimed that by doing so, Gamble had breached Kytch’s contract, and that Taylor had misappropriated its trade secrets. Kytch’s cofounders told WIRED last spring that they believed Taylor had gone so far as to hire a private investigator firm to try to surreptitiously buy a Kytch device in an effort to analyze and copy it.

Now the discovery documents from Kytch’s lawsuit seem to confirm Taylor’s specific attempts to replicate Kytch’s features, contradicting a statement it sent to WIRED in March that claimed that “Taylor has not imitated Kytch’s device and would have no desire to do so.” They show that in a May 2019 email, Taylor vice president of engineering Jim Minard—since promoted to chief operating officer—asked another Taylor staffer to “please buy a [Kytch] kit and provide me a written evaluation on the hardware and software.” Minard added in the email, “Seems we might be missing something in our approach to our connected equipment.”