Abby Johnson, a former director of a Planned Parenthood abortion clinic who admits to overseeing more than 22,000 babies aborted during her tenure, told a pro-President Donald Trump rally on Tuesday in Washington, DC, the Christian church should be ashamed for not speaking out about the “genocide” of millions of the unborn children since the Supreme Court made abortion on demand the law of the land in 1973.

I am here to demand justice for the more than 60 million innocent babies who have been ripped apart in their mother’s womb in the name of choice,” Johnson said, adding that Trump is the “most pro-life president” that has ever held that office.

“The Christians in our country are too quiet,” Johnson said. “There is nothing that kills more human beings in this world than abortion.”

“And where is the Christian church?” Johnson said, adding that 2,400 babies are aborted each day in America.

“Shame on the Christian church for allowing this genocide to take place every single day in this country,” Johnson said. 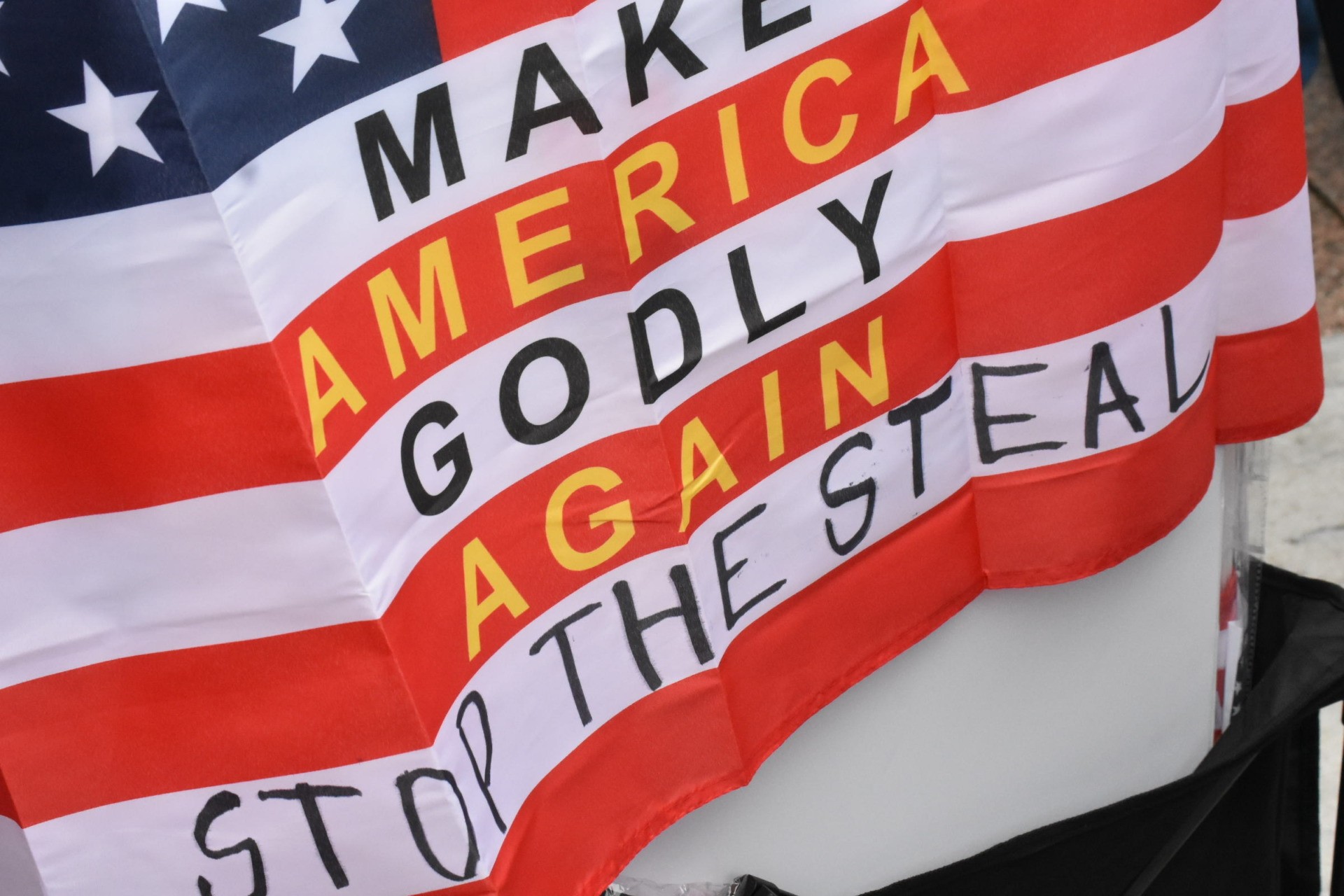 People taking part in the rally carried flags and banners that said ‘”Stop the Steal” and “Trump/Pence 2020.” (Penny Starr/Breitbart News)

According to a Pew Research Center report, pastors rarely speak about abortion from the pulpit:

Abortion remains a contentious issue among U.S. Christians. But when millions of churchgoers file into the pews each week, what do they really hear? A new Pew Research Center analysis finds that just 4% of sermons shared on U.S. church websites in the spring of 2019 discussed abortion even once – and when they did, it was rarely mentioned repeatedly. Still, pastors who broached the topic were nearly unanimous in their opposition.

Although they are relatively rare, these mentions of abortion add up over time: Christian churches that shared their sermons online posted an average of nine sermons each during the eight-week study period – and roughly one-in-five of those congregations (19%) heard at least one sermon that mentioned abortion. To arrive at these conclusions, the Center analyzed nearly 50,000 sermons shared online or livestreamed by more than 6,000 U.S. churches and delivered between April 7 and June 1, 2019 – a period that included Easter. 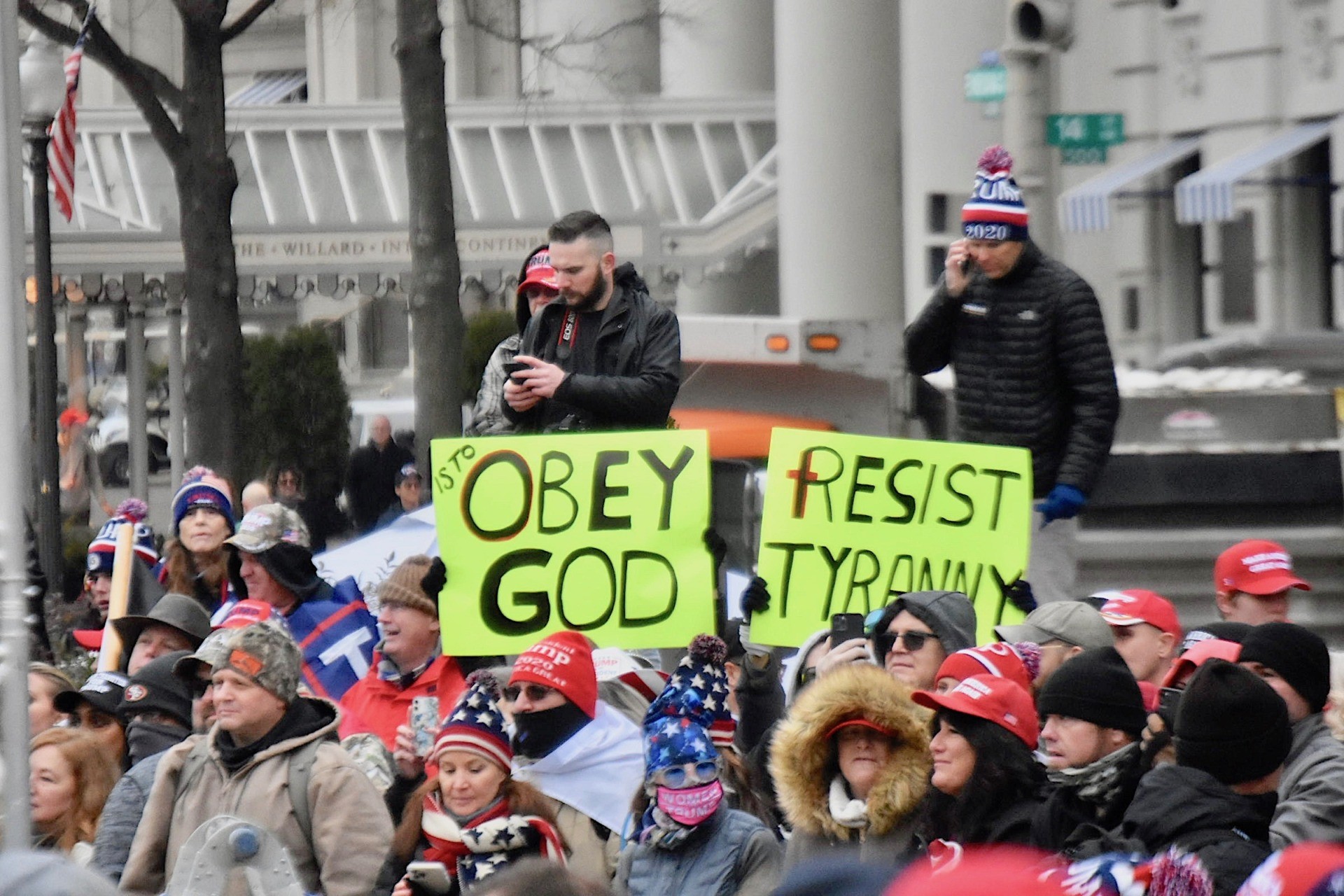 The pre-rally in D.C. on Tuesday focused not only on President Donald Trump and the 2020 election results but also included remarks from many pastors on the importance of turning to God in troubled times. (Penny Starr/Breitbart News)

A analysis from the Barna Group researchers in 2019 addressed the issue of abortion as an issue clergy should address directly:

Most pastors say these pressures (69%) and limitations (64%) come from people inside their church. In particular, pressure is on the rise: Between 2014 and 2016, those ministers who feel pressured from inside their church to speak out on cultural issues (even if they’re not yet ready or not comfortable doing so) rose from 44 percent to 69 percent, a marked increase in a short period.

Interestingly, the discussions in which pastors feel limited and pressured mirror each other. They are not only afraid of offending some in their congregation, but also pressured by others to speak up on those very same topics. These hot-button issues run parallel with some of the most significant religious freedom issues of our day, including those related to the LGBT community, same-sex marriage rights, abortion, sexual morality and politics.

As the pastor of No Longer Bound Abortion & Miscarriage Recovery Ministry, I continue to be saddened to find that many women who have an unplanned pregnancy would rather go to God with an abortion than to their church with an unplanned pregnancy.  The shame they feel is too great to carry.
The church has been a source of shame for some pregnant mothers and in many cases it has been the referral source to Planned Parenthood and not to the local crisis pregnancy clinic. In too many cases, the church has not been a source for extending the grace needed to choose to parent in very difficult circumstances.  Pastors have determined that abortion is a political issue thereby bypassing the hard truth that every life, especially in the womb, is precious to God, bears His image, and must be protected.  Abortion is a spiritual issue.