The Taliban terrorist organization boasted Sunday the Biden administration has agreed to provide humanitarian aid to the newly declared Islamic Emirate of Afghanistan.

The Associated Press (AP) reports the claim followed the first direct talks between the former foes since the chaotic withdrawal of U.S. troops at the end of August.

The Taliban expressed satisfaction with the negotiations held in Doha, Qatar, saying the exchanges went “went well,” with Washington freeing up humanitarian aid to Afghanistan after agreeing not to link such assistance to formal recognition of the Taliban, AP outlines.

The United States made it clear the talks were in no way a preamble to recognition of the Islamic terrorist group, who swept into power Aug. 15 after the U.S.-allied government collapsed.

State Department spokesman Ned Price called the discussions “candid and professional,” with the U.S. side reiterating the Taliban will be judged on their actions, not only their words, even as internal violence continues to wrack the country. 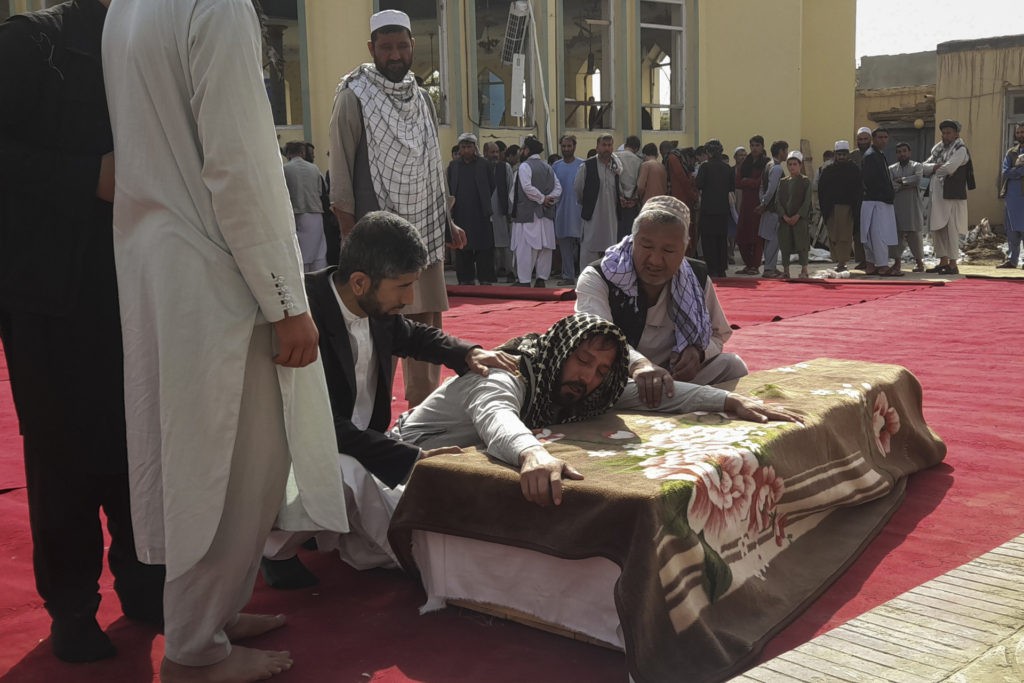 A funeral is held for victims of a suicide attack at the Gozar-e-Sayed Abad Mosque in Kunduz, northern Afghanistan, Saturday, Oct. 9, 2021. The mosque was packed with Shiite Muslim worshippers when an Islamic State suicide bomber attacked killing dozens in a security challenge to the Taliban as they seek to impose their governance. (AP Photo/Abdullah Sahil)

“The U.S. delegation focused on security and terrorism concerns and safe passage for U.S. citizens, other foreign nationals and our Afghan partners, as well as on human rights, including the meaningful participation of women and girls in all aspects of Afghan society,” he said in a statement.

Taliban political spokesman Suhail Shaheen also told AP the movement’s interim foreign minister assured the U.S. during the talks the Taliban are committed to seeing that Afghan soil is not used by extremists to launch attacks against other countries.

Bill Roggio, a senior fellow at the Foundation for Defense of Democracies who tracks militant groups, warned of caution in dealing with a group committed to acts of terror.

The Taliban “fought 20 years to eject the U.S., and the last thing it needs is the return of the U.S. It also doesn’t need U.S. help,” said Roggio, who also produces the foundation’s Long War Journal.

“The Taliban has to conduct the difficult and time-consuming task of rooting out ISKP cells and its limited infrastructure. It has all the knowledge and tools it needs to do it.” 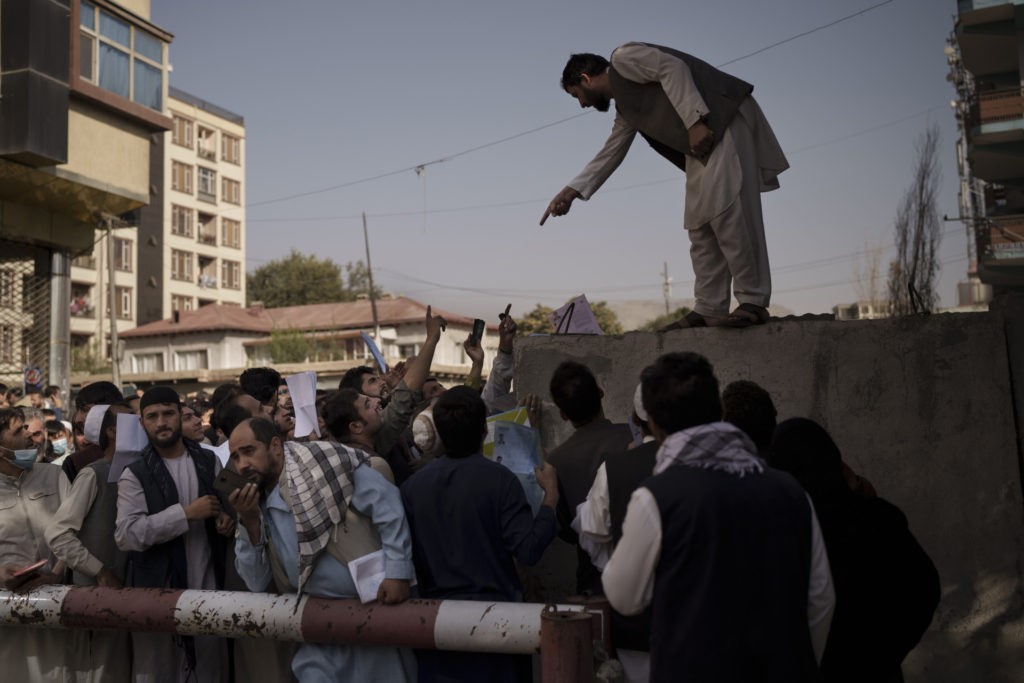 Afghans gather outside a government passport office recently re-opened after Taliban announced they would be issuing a backlog of applications approved by the previous administration in Kabul, Afghanistan, Wednesday, Oct. 6, 2021. (AP Photo/Felipe Dana)

News of the agreement for the supply of U.S. aid to Afghanistan comes two days after Russia invited Taliban to attend an October 20 meeting in Moscow alongside representatives from China, India, Iran, and Pakistan to discuss the geopolitical situation in the country, as Breitbart News reported.

In addition to the Taliban, “various other Afghan parties” will also be invited to the talks.

While most foreign countries evacuated their embassies in Kabul after the Taliban overtook the capital on August 15, Russia declined to vacate its Kabul embassy. Russia’s ambassador to Afghanistan, Dmitry Zhirnov, met with the Taliban shortly after they deposed Kabul’s U.S.-backed government.