ISIS-K, the Afghanistan affiliate of the terrorist group ISIS, could generate the capability to attack the United States in as early as six months, the top Pentagon policy official told senators on Tuesday.

“I think the intelligence community currently assesses that both ISIS-K and Al Qaeda have the intent to conduct external operations, including against the United States, but neither currently has the capability to do so,” Pentagon undersecretary for policy Colin Kahl said.

“We could see ISIS-K generate that capability in somewhere between six or 12 months. I think the current assessments by the intelligence community is that Al Qaeda would take a year or two to reconstitute that capability,” he added.

Kahl said currently he believes ISIS-K was focused on creating havoc inside Afghanistan but added, “They do have a cadre of a few thousand folks, some of which would love to conduct external attacks.”

Kahl was testifying on the Biden administration’s botched withdrawal from Afghanistan and the consequences of pulling out all U.S. troops from the country, including the possibility of terrorist groups using Afghanistan as a safe haven from which to launch attacks against the U.S. again.

Kahl said it was “possible” that Afghanistan could see a surge of foreign fighters coming in. “I think it’s possible and we need to be vigilant against that possibility,” he said. 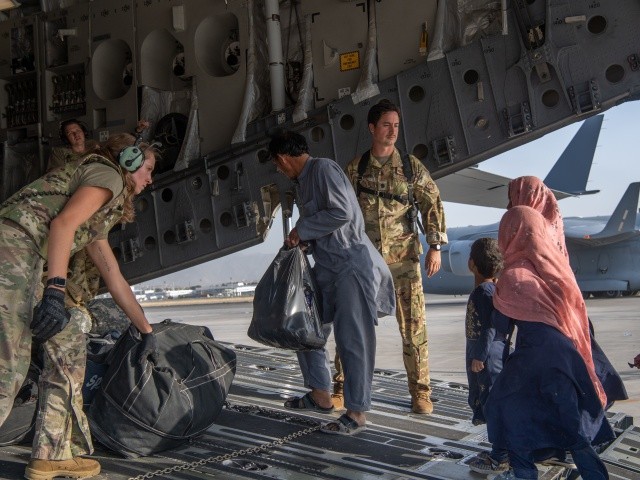 Army Lt. Gen. James Mingus, director for operations for the Joint Staff, agreed with that intelligence assessment. “I concur with that,” he said.

Mingus also said it is harder to disrupt terrorist activities in Afghanistan now that all U.S. troops are out of the country and would have to use “over-the-horizon” capabilities from outside the country.

“It is harder, but we believe we have the assets in place if necessary to disrupt and/or degrade the terrorist networks in Afghanistan,” he said.

ISIS-K is responsible for a suicide bombing attack that killed 13 American service members and nearly 200 Afghan civilians at the Kabul airport on August 26, as the U.S.-led non-combatant evacuation operation was underway.