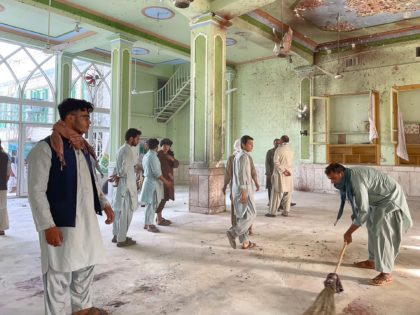 Kabul Airport Bomber Was Released from Prison Abandoned by Biden

Three U.S. officials on Wednesday confirmed the suicide bomber who killed 13 American servicemembers plus at least 169 Afghans at the Kabul airport on August 26 was released from prison by the Taliban eleven days earlier. 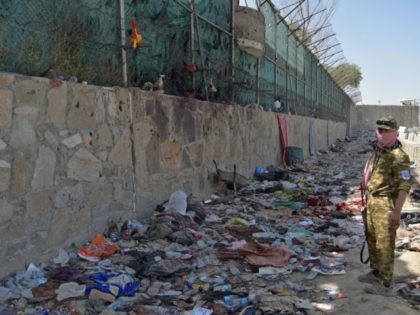 The Taliban announced on Monday that an Islamic State cell in Kabul was “completely destroyed” and all members of the cell were “killed” in an operation by Taliban “special forces.” 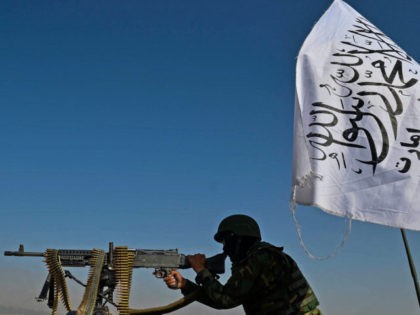 A spokesman for the Taliban’s interior ministry said at least five civilians were killed by a bomb at the Eid Gah Mosque in Kabul, the capital of Afghanistan, on Sunday. At least four people were also wounded in the bombing, which apparently targeted a funeral service held at the mosque for the mother of Taliban spokesman Zabihullah Mujahid. 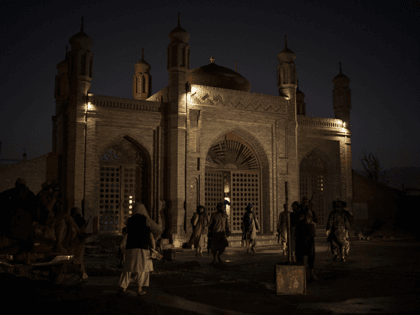 On Friday’s broadcast of the Fox Business Network’s “Kudlow,” Sen. Kevin Cramer (R-ND) noted Commander of United States Central Command Gen. Frank McKenzie testifying that ISIS-K aspires to attack the United States and said that in order to do so, they 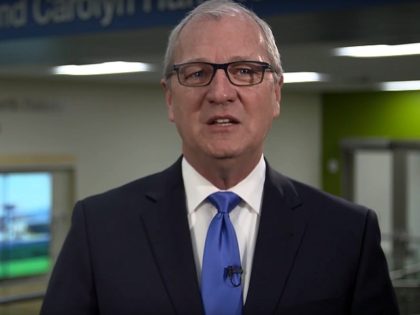 ISIS-K has claimed responsibility for a series of deadly bombings that killed or injured more than 35 Taliban fighters in eastern Afghanistan over the weekend, Fox News reported Monday. 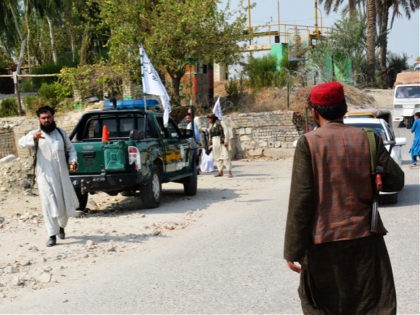 The Pentagon appears to think the “tragic mistake” was legal. But there are several questions that still remain about the Aug. 29 strike. 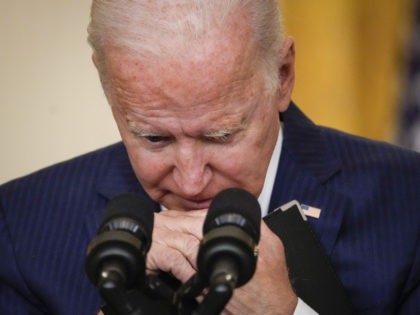 Exclusive–Tragesser: Is President Biden Leading Us Towards Another 9/11?

This month marks the 20th anniversary of America’s largest terrorist attack and yet many of the 9/11 Commission’s national security recommendations remain unimplemented. 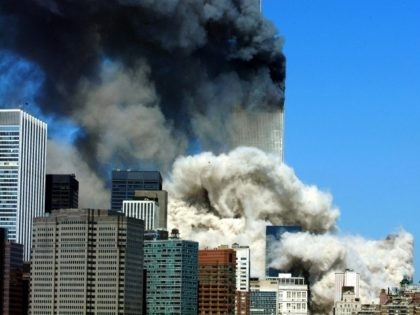 Rand Paul: Instead of Blowing up Equipment So Taliban Didn’t Get It, We Got Strike to Make U.S. Look Less Bad that may Have Killed Civilian

On Friday’s broadcast of the Fox News Channel’s “Ingraham Angle,” Sen. Rand Paul (R-KY) reacted to a New York Times report that the American drone strike that was supposed to target ISIS-K actually killed an aid worker by stating we could have 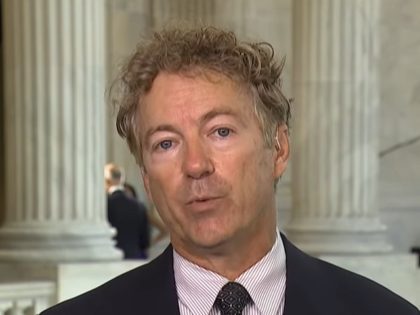 The New York Times published the results of an investigation on Friday that suggests the Biden administration targeted an innocent man who worked for a U.S. organization in a drone strike that killed several civilians. If true, the airstrike could constitute a violation of international law governing such targeted killings in wartime — in other words, a war crime. 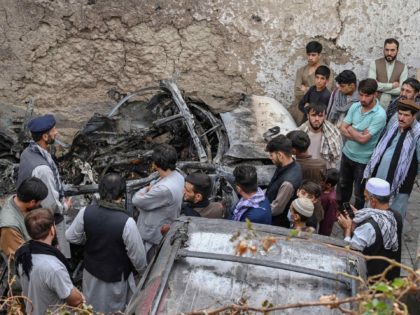 A majority of likely U.S. general election voters think President Joe Biden’s handling of the Afghanistan withdrawal has made America more vulnerable to terrorist attacks, according to a Trafalgar Group/Convention of States survey released on Tuesday. 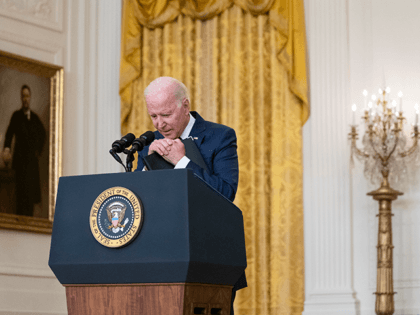 Hartzler called for a commission on the botched Afghanistan withdrawal that led to the death of 13 American service members. 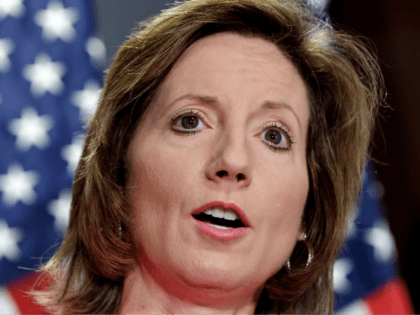 The Tunnel to Towers Foundation is giving the family of one of the 13 fallen servicemembers who was killed in the Kabul airport suicide bombing on August 26 a mortgage-free home, the non-profit’s chairman and CEO told Breitbart News Saturday. 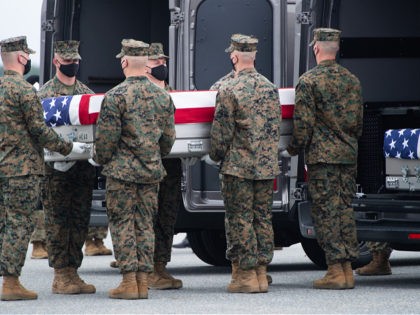 Exclusive — Oliver North: Weapons, Equipment Abandoned in Afghanistan Will Be ‘Reverse-Engineered in China, ‘Used Against Us’

U.S. weaponry and military equipment abandoned in Afghanistan be will be reverse-engineered by China and Russia, Oliver North said. 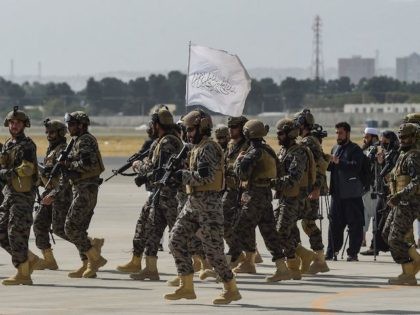 Now Britain is at peace with the Taliban, attention has shifted to splinter group ISIS-K, which claimed responsibility for the Kabul bombing. 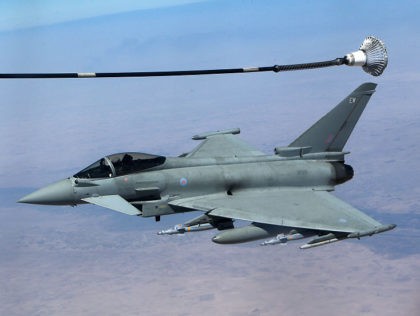 Pentagon on Potential Civilian Casualties in Kabul Strike: ‘We Are Continuing to Assess the Situation’

The Pentagon on Monday said it was “continuing to assess” whether it killed Afghan civilians in a drone strike on Sunday. 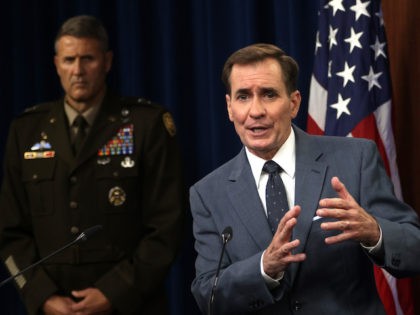 Multiple Afghan news organizations reported on Monday that an airstrike in Kabul ordered by President Joe Biden appeared to have killed at least ten civilians, including several children. 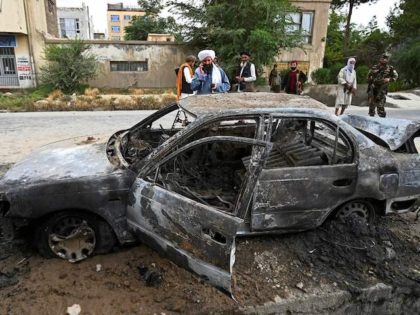 A missile defense system in Kabul on Monday intercepted five rockets fired at the international airport. No casualties were reported. 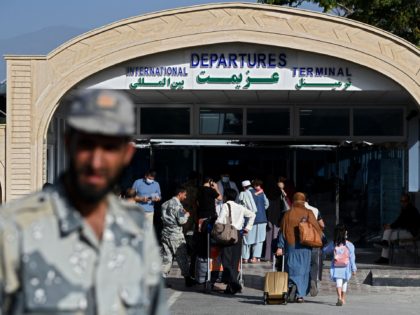 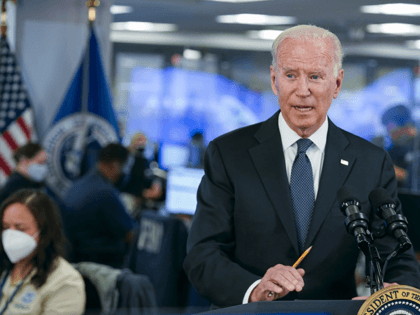 He compared people who exercise their freedom to make health decisions regarding the Chinese coronavirus to Kabul airport suicide bombers. 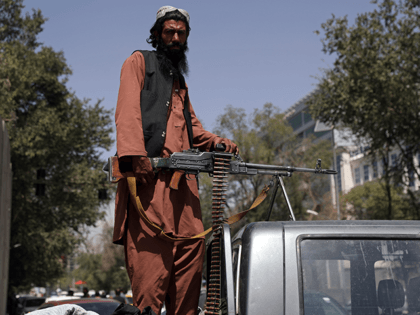 United States Marine Sgt. Johanny Rosario Pichardo, 25, has been identified as one of the 13 U.S. service members who was killed in Thursday’s terrorist attacks in Kabul, Afghanistan. 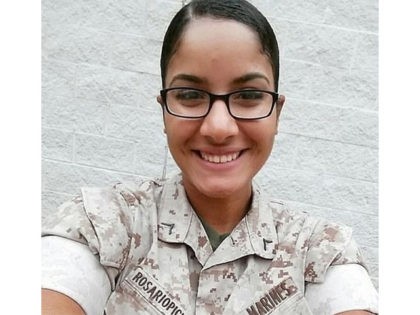 China Urges Taliban to ‘Firmly Crack Down’ on Terrorism

Beijing on Friday called for a “crackdown” on the East Turkistan Islamic Movement (ETIM), a group China claims is a Uyghur terror organization active in eastern Afghanistan, following a deadly terrorist attack at Kabul’s Hamid Karzai International Airport on Thursday. 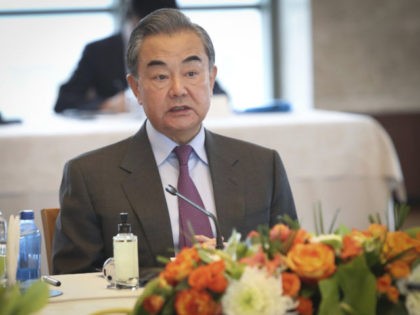 United States Marine Sgt. Nicole L. Gee, 23, has been identified as one of the 13 U.S. servicemembers who was killed in Thursday’s terrorist attacks in Kabul, Afghanistan. 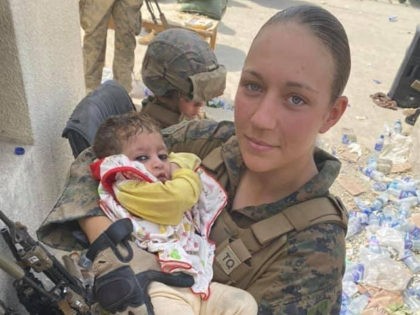 On Saturday’s broadcast of the Fox News Channel’s “Fox & Friends,” Rep. Jim Banks (R-IN) stated that the drone strike against ISIS-K isn’t going to stop further attacks and warned that ISIS-K will end up in possession of U.S. military 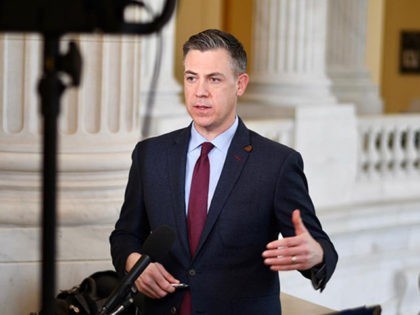 On Friday’s broadcast of the Fox News Channel’s “Ingraham Angle,” Rep. Andy Harris (R-MD) reacted to the drone strike against an ISIS-K member by stating that the strike is “too little, too late.” And won’t undo the botching of the 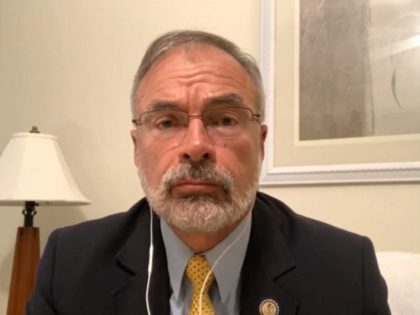 “This is the deadliest attack on Americans in Afghanistan in a decade. And she’s tweeting about spending money — it’s outrageous,” he said. 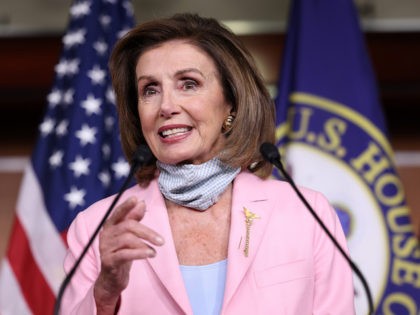 Exclusive — Rep. Byron Donalds: Joe Biden’s ‘Credibility Has Been Destroyed in Front of Everybody’

Three days before the deadly twin bombings at the Hamid Karzai International Airport in Kabul, Rep. Byron Donalds (R-FL) called on President Joe Biden to resign for threatening the lives of American troops and “our integrity on the world stage” in what he called a “botched withdrawal.” 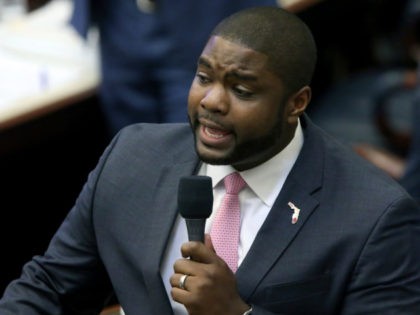 Father of U.S. Marine Killed in Kabul: Joe ‘Biden Turned His Back’ on My Son

The father of a United States Marine who was killed, along with 12 other U.S. service members, in Kabul, Afghanistan on Thursday says President Joe Biden “turned his back” on his young son. 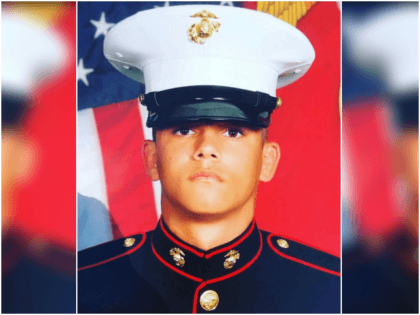 Maxton William Soviak, a Navy Corpsman, died at the hands of Islamic terrorists on Thursday in Kabul, Afghanistan. 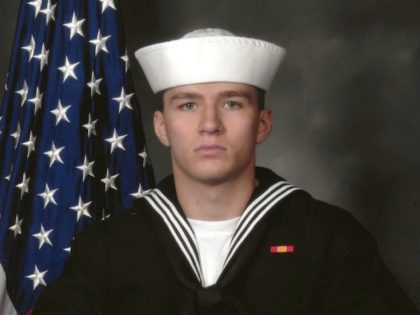 FNC’s Wallace: U.S. Homeland Attack from Afghanistan Would Be ‘Curtains for the Biden Presidency’

Fox News anchor Chris Wallace said Friday on “America’s Newsroom” that  Joe Biden’s presidency would be in jeopardy “if there is an attack on the U.S. homeland from Afghanistan after the withdrawal of all of our troops.” 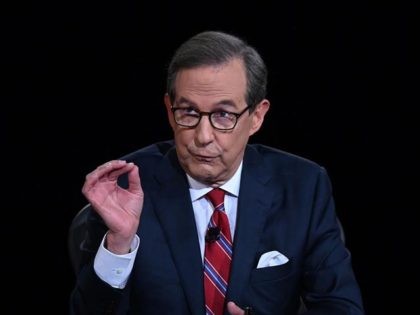