“Many analysts in India and beyond conclude that the Indian military cannot operate effectively without Russian-supplied equipment and will continue to rely on Russian weapons systems in the near and middle terms,” according to the CRS report, titled “Russian Arms Sales and Defence Industry.”

“In this sense, much of Moscow’s influence in India comes through its willingness to provide weapons systems and technologies that no other country will export to India. Russia also continues to offer advanced weapons platforms at relatively attractive rates,” the analysts observed. 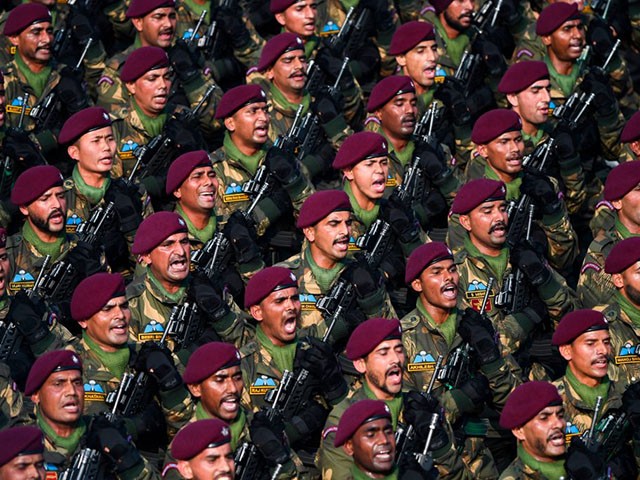 The latest CRS report regarding India’s arms trade with Russia also found that New Delhi — under the government of Indian Prime Minister Narendra Modi — has experienced “a consistent drop in [the] import of [military] equipment from Russia” since 2015. Modi was elected prime minister of India in 2014 as the leader of the country’s Bharatiya Janata Party (BJP), a Hindu nationalist political party, and was reelected to five more years in office in 2019.

Modi’s BJP-supported administration has pushed for New Delhi to adopt an “India First” approach to all aspects of political and economic life. He has further promoted a similar “Self-Reliant India” initiative since the onset of the Chinese coronavirus pandemic in early 2020. The campaign encourages Indian businesses to grow independent of foreign supply chains. Modi described the drive as a direct response to the pandemic, which he said had exposed India’s over-reliance on China for manufacturing.

“India signed a $5.5 billion deal with Russia in 2018 for five … surface-to-air missile systems for defence against long-time adversary Pakistan and China, with which it is locked in a standoff on their disputed border,” Reuters reported on October 27.

“But the proposed transfer has caused friction with the United States, which passed a law in 2017 under which any country engaged with Russia’s defence and intelligence sectors could face sanctions,” the news agency noted.