Chinese state media attacked Oscar-winning director Chloe Zhao on Thursday because one of the characters in her Marvel superhero film Eternals expressed sadness over the nuclear bombing of Hiroshima, Japan, by U.S. forces in World War II without running through a litany of Japan’s wartime atrocities against China.

The communists briefly celebrated Zhao as an inspiration to young Chinese women before they abruptly blacklisted her over a 2013 interview in which she supposedly described the China of her youth as “a place where there are lies everywhere.”

There is some dispute about exactly what Zhao said in this interview, but some “Chinese netizens” found a version of it with the “lies everywhere” comment, and she went from proud daughter of China to persona non grata overnight in the regime’s eyes.

The Communist Party embarked on a remarkably petty campaign of censoring good news about Zhao’s career, such as her Oscar win in April for the movie Nomadland, which made her the first Asian woman to win the Academy Award for Best Director, and she did it with her third film.

In this handout photo provided by A.M.P.A.S., Chloé Zhao, winner of the Best Director for ‘Nomadland,’ poses in the press room during the 93rd Annual Academy Awards at Union Station on April 25, 2021 in Los Angeles, California. (Photo by Matt Petit/A.M.P.A.S. via Getty Images)

The Communist Party said Zhao’s fourth and biggest project, the $200 million superhero film Eternals, probably will not be released in China – a major blow to the box-office prospects for such an expensive movie. Several Middle Eastern countries will also ban Eternals because one of the characters is gay, a fact that did not please China’s cultural monitors, either.

It was the gay character Phastos, a super-powered engineer who handles technology for the titular immortal superheroes, who irked China’s state-run Global Times by mourning the destruction of Hiroshima. 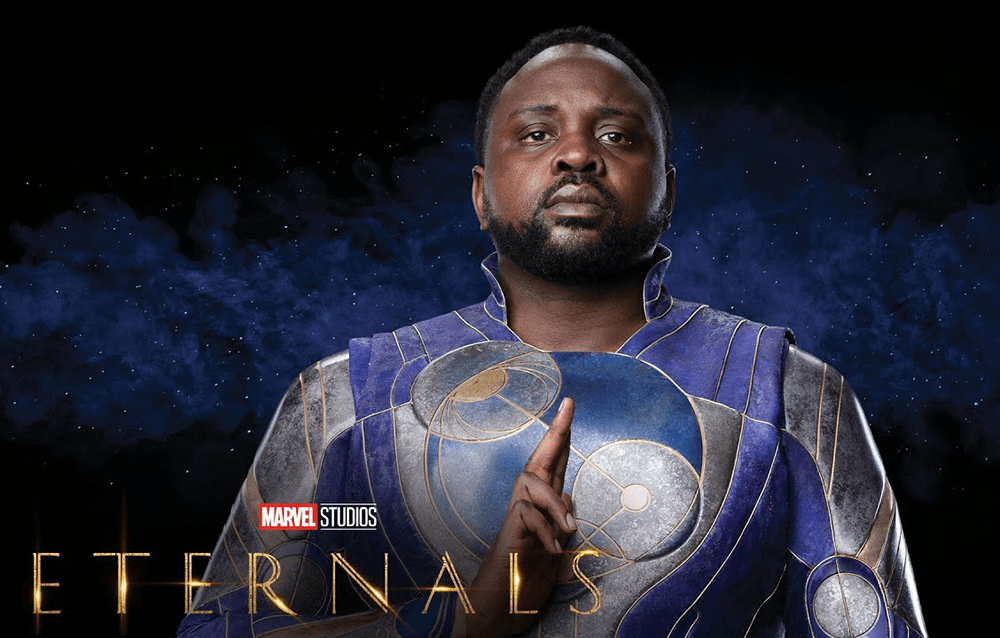 Eternals reveals Phastos taught humanity how to harness nuclear power, so he felt responsible for the destruction inflicted by atomic weapons. There is a scene in the film where he weeps as he sees the mushroom cloud rising over Hiroshima.

“What was Chloe Zhao thinking?” shrieked Chinese “netizens” quoted by the Global Times, which detected a whiff of historical bias from a part-Japanese screenwriter lurking behind the scene:

As guancha.cn reported on Sina Weibo, the scene was written by the film’s scriptwriter Kaz Firpo, whose grandfather was a Japanese who moved to the US. Firpo noted in the interview that the content also sparked great controversy among the cast when it was written, but Chinese director Zhao finally prevailed over all dissenting views and kept the scene.

He said that the companies responsible for overseas distribution were worried about creating a lot of troubles so strongly suggested that the scene be deleted, but Zhao insisted on keeping it, for which he praised Zhao as humane.

The scriptwriter did not mention that Japan first launched the aggression and just emphasized to reflect on the suffering of Japanese people. His view got great supports among Japanese netizens, but enraged netizens from other nations, including China, South Korea and the US, which had been hurt by Japanese invaders.

“Why did the U.S. drop nuclear bombs on Japan? Can we forget what the Fascists [sic] criminals did to the world? These are questions all people should consider and remember first, so that all nations can understand the importance of peace,” wrote one Chinese social media user quoted approvingly by the Global Times.

Chinese state propagandists might want to think a little more carefully before loudly insisting that oppressive imperial regimes with appalling human rights records deserve to be bombed with nuclear weapons.

There are echoes of dreary Western political correctness in these Chinese gripes about Eternals, including the notion that everything said by every character in a fictional narrative should be interpreted as a political comment from the storytellers. For instance, some of the Western world’s perpetually aggrieved “netizens” are angry that Marvel made its first openly gay cinematic superhero into the secret alien godfather of the atomic bomb.