Russian Ambassador to China Andrey Denisov said on Tuesday that even though China is not directly involved in negotiations with the U.S. and NATO over the fate of Ukraine, “our Chinese friends are paying close attention to the talks.”

“There’s no need to hide any content or subjects in these diplomatic efforts,” Denisov said from the Russian embassy in Beijing.

Denisov extolled the deepening ties between Beijing and Moscow on topics such as energy and space exploration, and hinted some news would be broken when Russian leader Vladimir Putin meets with Chinese dictator Xi Jinping at the Beijing Winter Olympics.

“We think President Xi might have prepared a surprise for President Putin, and we don’t know what that surprise is at the moment, but I think there will be one,” Denisov said. 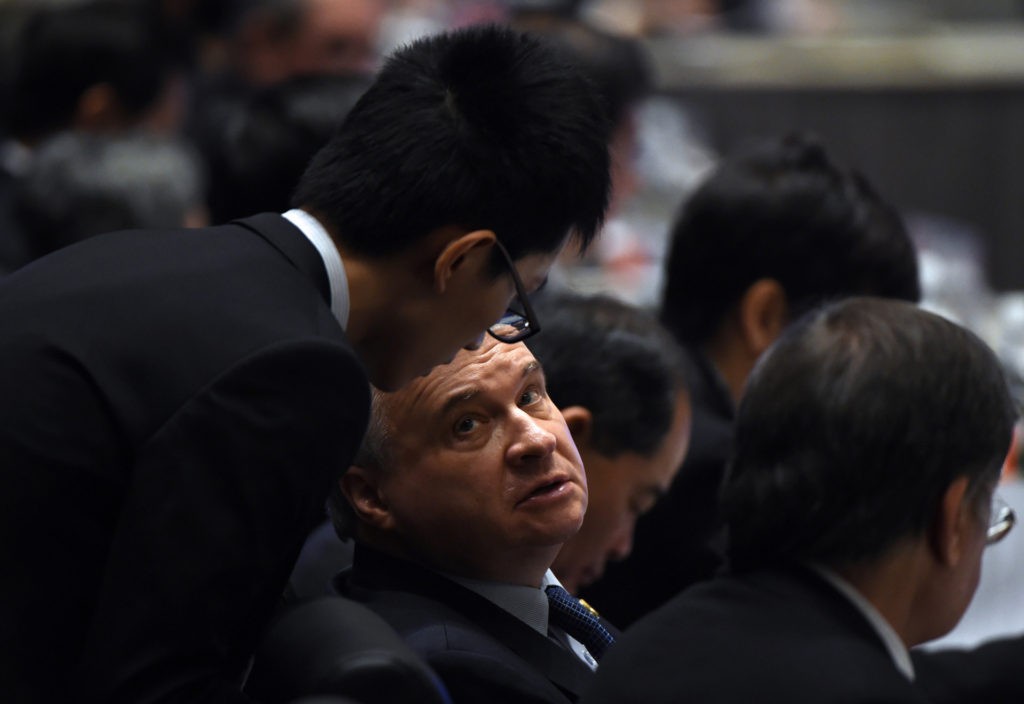 The Kremlin previously promised that Putin would brief Xi on the latest developments in Ukraine when they meet at the Olympics.

On Monday, the Chinese Foreign Ministry dismissed as “sheer fiction” Western media reports claiming Xi privately asked Putin to refrain from invading Ukraine until the Olympics are over. 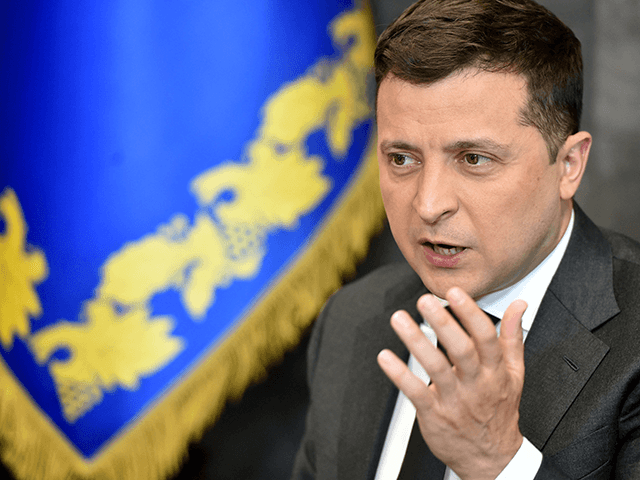 Ukrainian President Volodymyr Zelensky talks to journalists in his office in Kiev on June 14, 2021. (SERGEI SUPINSKY/AFP via Getty Images)

“This is not only smearing and provocation towards Sino-Russian ties, but also a deliberate attempt to interfere with and undermine the Games,” said Foreign Ministry spokesman Zhao Lijian.

“I wish to stress that Sino-Russian ties have become mature, stable and resilient nowadays. The two sides have maintained close communication on all levels. Any effort to drive a wedge between China and Russia or to undermine our mutual trust is bound to be futile,” Zhao said. 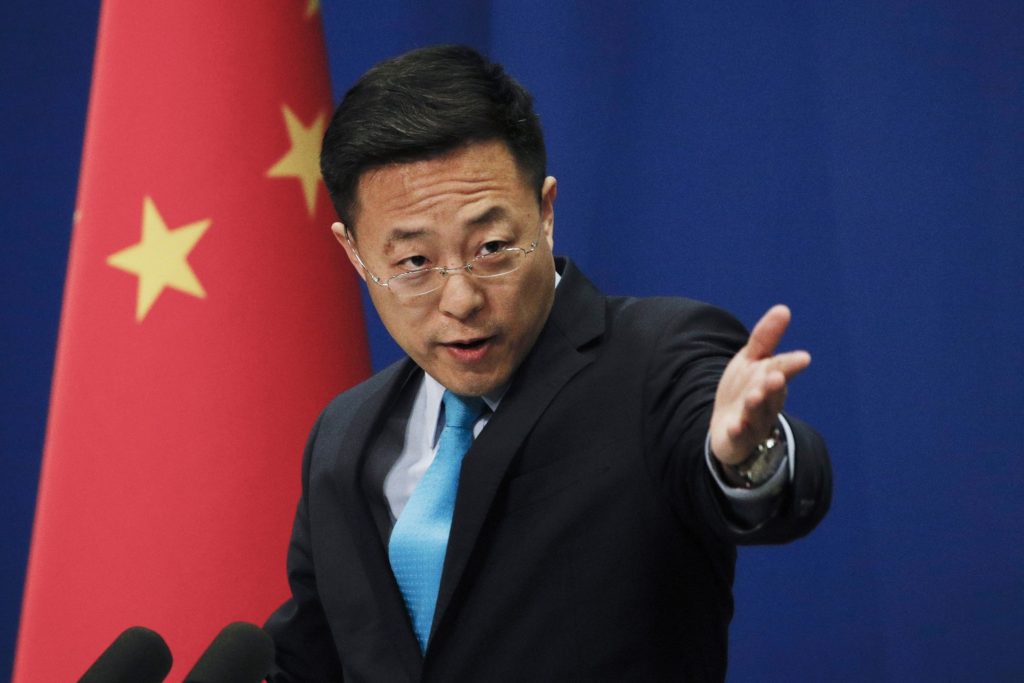 On Wednesday, Zhao dismissed NATO as an obsolete “Cold War remnant” and expressed China’s support for Russia’s position that the alliance should be expanded to include Ukraine.

“As the world’s largest military alliance, NATO should abandon the outdated Cold War mentality and ideological bias, and do things that are conducive to upholding peace and stability,” Zhao declared.

Zhao then confusingly dismissed NATO as a “small clique” rather than a large military alliance, and urged both NATO members and Russia to “fully consider each other’s legitimate security concerns, avoid antagonism and confrontation, and properly address differences and disputes through equal consultation on the basis of mutual respect.”

Newsweek noted on Wednesday that Xi also said nice things to Ukrainian President Volodymyr Zelensky at the beginning of January when they mutually celebrated 30 years of bilateral relations, but a careful parsing of Xi’s language with Zelensky and Putin uncovered signals that he values China’s ties with Russia more, and might have been subtly conveying that hard truth to the Ukrainian leader.

China also notably abstained from the 2014 U.N. Security Council vote to condemn Russian activity in Crimea, and stepped back from supporting Russia’s 2008 military adventure in Georgia. Newsweek theorized Beijing might be nervous about wholeheartedly supporting Russia’s efforts to peel breakaway provinces from former Soviet satellite states with the help of insurgent militias, because the Chinese are perpetually nervous about “secessionists” in their own unhappy possessions, such as Xinjiang and Tibet.