Fort Hood, Texas, has received its first eighty-seven Ebola warriors who have returned home after helping to fight the deadly disease in Liberia. Most of the soldiers are members who are permanently assigned to Fort Hood, but some are from Fort Carson, Colorado. The soldiers now begin a twenty-one day monitoring period to ensure none of them returned carrying the deadly virus.

The soldiers will be taken care of in Fort Hood’s Controlled Monitoring Area Site (CMAS). During this process the soldiers will be treated with dignity, respect and compassion, according to a press release from the Fort Hood Press Center obtained by Breitbart Texas. They will be afforded essential quality of life equipment and services as they transition through the twenty-one day monitoring program. 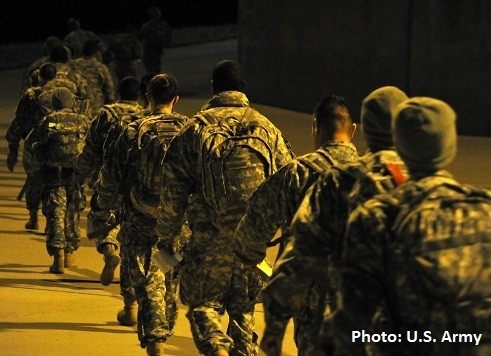 Colonel Price said there is a low probability of any of the soldiers having been exposed to the Ebola virus. However, he called the monitoring a “prudent move.”

Following the monitoring period, there will be a Welcome Home Ceremony where the soldiers will be reunited with their family, friends and the community.

Price said that should any soldier begin to exhibit any symptoms of the Ebola virus, they will immediately be separated from the remaining soldiers and monitored in a medical area within the CMAS. Should the Ebola virus be confirmed the soldier would be moved to an appropriate medical facility.

The returning Ebola warriors are part of the 36th Engineer Brigade. They returned from Liberia in West Africa where they were deployed in October, 2014, as part of Operation United Assistance.