The U.S. Supreme Court ruled that the State of Texas was within its rights to reject an application for a vehicle specialty license plate depicting the Confederate Battle Flag. The 5-4 decision by the nation’s highest court was announced Thursday morning.

Conservative Justice Clarence Thomas joined with the liberal minority as the swing vote in this matter. The other conservatives on the court called the Texas rejection of the plate as an assault on free speech rights.

The Texas Attorney General agreed with the majority opinion in this matter. “Free speech is a fundamental right to which all Americans are entitled,” said Texas AG Ken Paxton in a statement obtained by Breitbart Texas, “and today’s ruling upholds Texas’s specialty license plate program and confirms that citizens cannot compel the government to speak, just as the government cannot compel citizens to speak. There remains many other ways for motorists to express their views on their vehicles.” 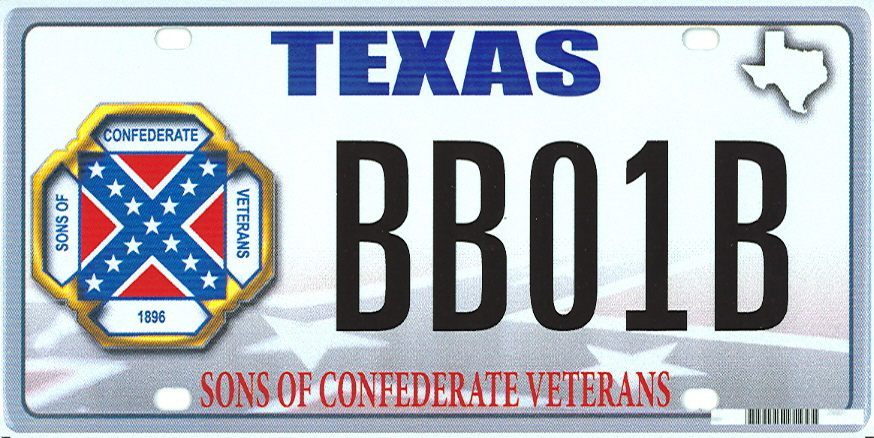 In March, Breitbart Texas legal analyst Lana Shadwick wrote that many members of the license plate board were offended by the plate’s design. The border rejected the application by an 8-0 vote. This was the first, and so far, only, license plate to be rejected by the board.

The Fifth Circuit found that a reasonable observer would regard the message as from the motorist and ruled for the Texas SCV. The district court ruled for the State finding that the message was private speech and the Board’s disallowance of it was not unconstitutionally discriminatory.

In July, Breitbart Texas’ Kenneth Webster reported the Fifth Circuit Court of Appeals ruled against the State of Texas and said the Department of Motor Vehicles could not deny the free speech of the Sons of Confederate Veterans by reject the license plate application. The district court judge had previously ruled in favor of the state. The seesaw battle between the courts set up the hearing before the U.S. Supreme Court and its ultimate ruling that the plates are speech of the government and therefore not constrained by the First Amendment.

Speaking for the majority, Justice Stephen Breyer said that because the message is stamped on plates issued by the State of Texas, the plates are “government speech” and not an individual’s statement. “When government speaks, it is not barred by the Free Speech Clause from determining the content of what it says,” the Justice wrote in the majority opinion.

Dissenting, Justice Samuel Alito wrote that the State has created a public forum with these specialty plates and because of that, the State should not be able to reject some messages because they might be offensive to others.

“Messages on Texas license plates are government speech,” Attorney General Paxton said, according to the Dallas Morning News. “The State of Texas etches its name onto each license plate and Texas law gives the State sole control and final approval authority over everything that appears on a license plates.”

This was Paxton’s first victory before the U.S. Supreme Court since becoming Attorney General of Texas in January.