A federal task force in Southern California recently discovered a sophisticated cross-border tunnel running from Mexico to the United States. The task force seized significant quantities of cocaine, methamphetamine, fentanyl, and marijuana during a search of the connected San Diego-area warehouse.

Members of the San Diego Tunnel Task Force uncovered a fully developed drug-smuggling tunnel that runs from a warehouse in Tijuana, Mexico, to the Otay Mesa area of San Diego, California, according to information provided by the U.S. Drug Enforcement Administration.

Officials report the tunnel to be more than 2,000 feet in length and running an average of 31 feet beneath the surface. Smugglers allegedly utilized the three-foot-wide tunnel to move substantial quantities of drugs under the U.S.-Mexico Border into California. 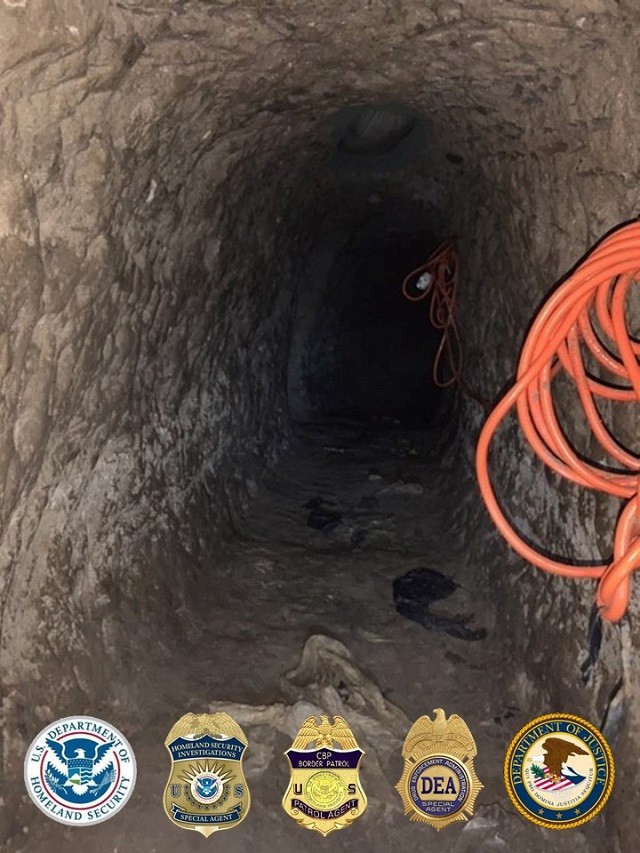 An inside look at a 2,000′ long tunnel found by federal authorities in Southern California. (Photo: U.S. Drug Enforcement Administration)

Agents executed a search warrant on a warehouse in Otay Mesa after Mexican authorities located the tunnel’s entrance in Tijuana. During the search of the warehouse, agents seized 1,300 pounds of cocaine, 86 pounds of methamphetamine, 17 pounds of heroin, two pounds of fentanyl, and 3,000 pounds of marijuana. Officials said it is the first time that five different types of drugs were found in a single tunnel. Officials estimated the street value of the seizure at approximately $29.6 million. 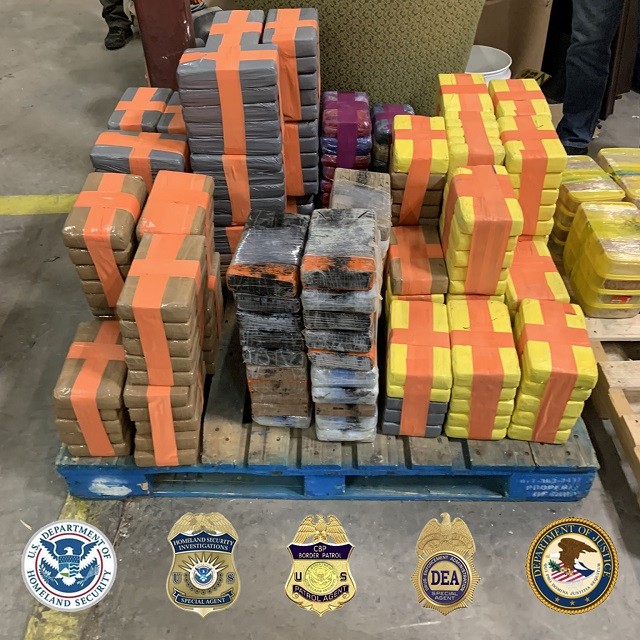 The tunnel is estimated to be several months old due to the underground rail system, reinforced walls, ventilation, and lighting.

“I’m proud of the excellent work performed by Homeland Security Investigations agents, as well as U.S. Border Patrol and Drug Enforcement Administration agents as integrated partners of the San Diego Tunnel Task Force.  Their tenacity made the difference in shutting down this tunnel,” said HSI San Diego Acting Special Agent in Charge Cardell T. Morant. “I hope this sends a clear message that despite the ongoing public health crisis, HSI and our law enforcement partners will remain resilient and continue to pursue criminal organizations responsible for the cross-border smuggling of narcotics into the United States.”

“Several months ago, agents on the San Diego Tunnel Task Force announced the seizure of the longest cross-border tunnel and today we announce the discovery of another sophisticated tunnel with large quantities of drugs seized from within,” said DEA Special Agent in Charge John W. Callery.  “These tunnels show the determination of drug trafficking organizations to subvert our border controls and smuggle deadly drugs into our community. But these recent tunnel seizures also show the dedication of our amazing partners on the San Diego Tunnel Task Force to locate and shut down these tunnels to keep our communities safe. Despite the current COVID-19 pandemic, DEA employees continue to work tirelessly to serve and protect the community.”

“I’m immensely proud of the dedication and diligence of agents on the task force to shut down this tunnel,” said Chief Patrol Agent Aaron M. Heitke. “Cross-border tunnels represent one of the most significant threats to our national security. Criminal organizations can use these tunnels to introduce anything they want into the U.S. This is especially concerning during a global pandemic.”

“If cartels keep spending millions of dollars building tunnels, we will keep finding and filling them,” said U.S. Attorney Robert Brewer. “This time, we seized a jaw-dropping $30 million worth of dangerous drugs that aren’t going to reach the streets. This is the most valuable single-day tunnel seizure in recent memory, and it is the largest seizure of multiple drugs in a single tunnel. This takedown is even more significant in the face of a global pandemic, where stopping the movement of unauthorized people and packages across international borders is of utmost importance.” Brewer praised the excellent work of the San Diego Tunnel Task Force in locating and dismantling yet another cross-border drug tunnel, especially the efforts of AUSA Orlando Gutierrez.

The San Diego Sheriff’s Department also participated in the investigation. San Diego Sheriff William Gore added “By working collaboratively with agencies like Homeland Security Investigations, and groups like the Tunnel Task Force, we work tirelessly to achieve this mission. These partnerships are key to achieving these goals. We would like to recognize the hard work and dedication of these detectives and agents who worked tirelessly on this case. We thank them for their efforts.”