As Hurricane Hanna arrived in south Texas, Border Patrol agents were still getting alerted to drug and human smuggling attempts.

The footage captured activities most likely attributable to the Gulf Cartel, given their current turf positions in the region.

Drug smugglers wasted no time as the outer bands swept ahead of the storm. 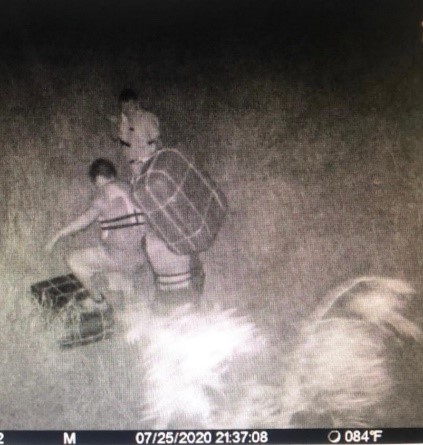 In the image above, high winds can be seen blowing vegetation as two smugglers carry large bundles consistent with methods used to manually transport marijuana. The smugglers can also be seen wearing life vests.

“This is a commonly seen tactic–wearing flotation devices–during extreme weather to help manage swimming across the river,” one Border Patrol agent told Breitbart Texas in reaction to the footage. He continued:

In many cases, during the storm, we observed larger than normal rafts being used to cross the river due to the level of speed at which the river flows during the storm. Smugglers take advantage of extreme weather because agents are only able to respond by foot. After all, the roads become too muddy and inaccessible to vehicles slowing down response to the border. All other imaging, surveillance, and reconnaissance (ISR) assets are disabled due to extreme weather. This leaves only agents and the drawbridge cameras available for border security in areas where the wall does not exist. 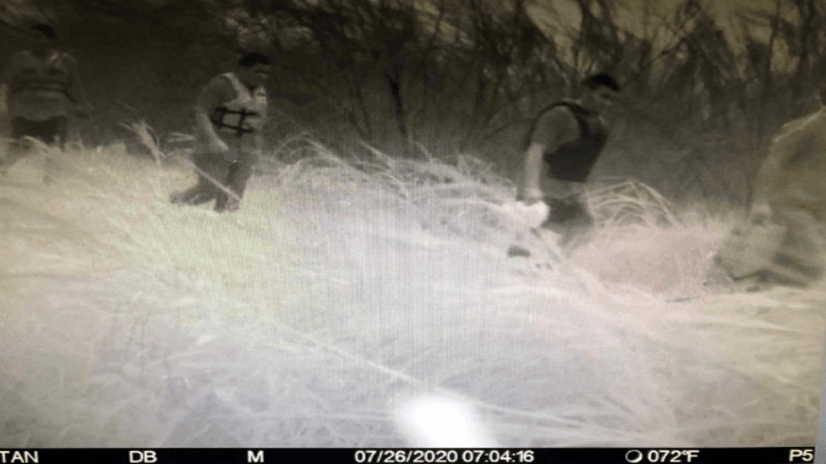 The second image from Rio Grande City was taken two hours after Hanna made landfall. Four drug smugglers can be seen wearing life vests. The first individual is apparently carrying a large bundle, also likely to be marijuana.

Three people were also seen running almost directly under the Roma Port of Entry bridge along the muddy banks of the Rio Grande (the featured image of this article).

“It is very common to see human smuggling incidents like this occurring right under ports of entry across the entire southwest border,” the agent said. “The average American is most likely unaware that we have a specific mission and only granted specific authority that each can enforce on and off the ports. Smugglers know only Border Patrol can apprehend them as long as they are not on the port property.” 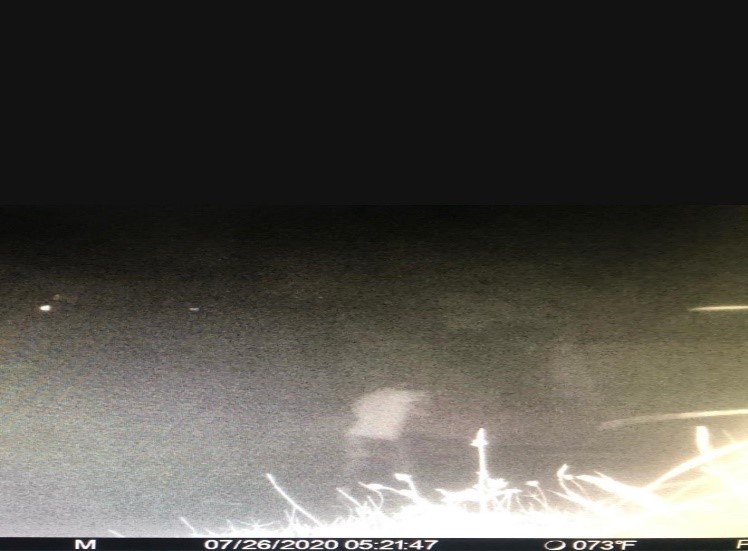 One lone individual seen in high winds walking through in the pitch black of night.

According to a CBP release on events on that day, agents responded to several subjects running with suspected bundles of narcotics near Rio Grande City. They reportedly observed smugglers as they abandoned the bundles and ran back to Mexico. Agents seized more than 230 pounds of marijuana worth an estimated $188,000.

Simultaneously, Rio Grande City agents responded to the second group of smugglers and seized seven bundles of marijuana weighing more than 380 pounds worth an estimated $306,000.