A ruthless criminal organization in the border state of Tamaulipas continues to kidnap and extort the relatives of migrants trying to cross into Texas, reaping major profits.

This week, agents of an anti-kidnapping unit within Tamaulipas State Police rescued 55 migrants from Honduras, Guatemala, and El Salvador who were being held for ransom at a stash house in Reynosa, according to the state attorney general’s office. 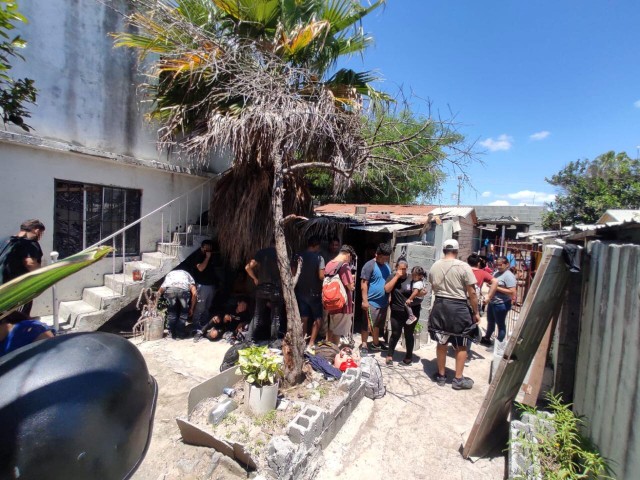 A relative of one migrant contacted Mexican authorities about them being held at a house in the Americo Villarreal neighborhood. The state police responded to the scene and found the migrants as described. Authorities did not reveal if any Gulf Cartel members were identified at the house.

Authorities turned the migrants over to Mexico’s Federal Immigration Institute so it could determine if the migrants were in the country legally.

The Gulf Cartel controls the flow of migrants into Texas in the area and extorts thousands of dollars from their loved ones.
Editor’s Note: Breitbart Texas traveled to the Mexican States of Tamaulipas, Coahuila, and Nuevo León to recruit citizen journalists willing to risk their lives and expose the cartels silencing their communities.  The writers would face certain death at the hands of the various cartels that operate in those areas including the Gulf Cartel and Los Zetas if a pseudonym were not used. Breitbart Texas’ Cartel Chronicles are published in both English and in their original Spanish. This article was written by “J.A. Espinoza” from Tamaulipas.