At the end of a panel discussion that included Sally Kohn, Margaret Hoover, Sunny Hostin and Mel Robbins, Kohn voiced her support for protests around the country against perceived police overreach. Once Kohn wrapped up her summation, Kohn, along with Robbins and Hoover, held up their hands signifying their backing of the “hands up, don’t shoot movement,” while Hostin held up a sheet of paper with “I Can’t Breathe” written on it, which is the rallying cry for those protesting the Eric Garner grand jury decision. 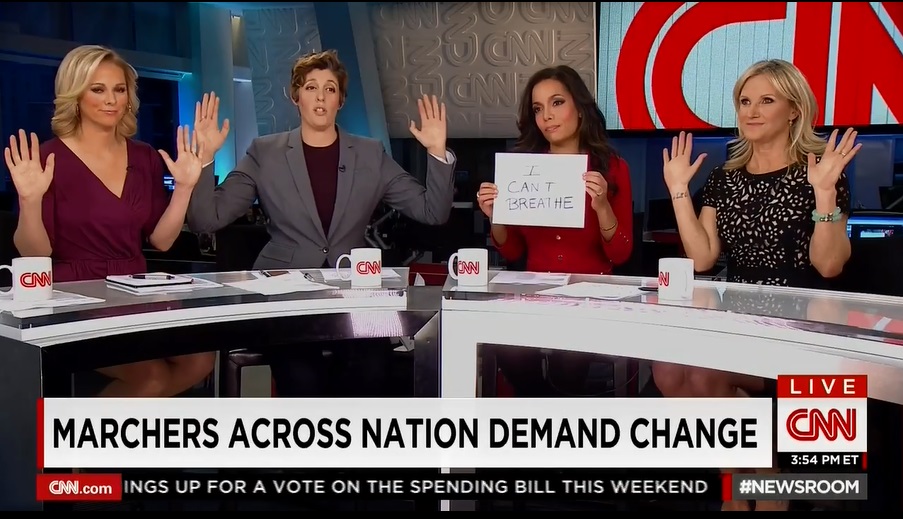 “I do not trust this, they are bad so they must have done something wrong so they deserve what they had coming rationale, which is the same we hear from the CIA as we hear from police in the case like Michael Brown,” Kohn said. “And right now, thousands of Americans are marching in New York and Washington and across the country demanding the justice system that applies the same to everybody and honors our values. And we want you to know that our hearts are out there marching with them.”