The honeymoon is over.

Economic confidence slipped back into negative territory, according to survey data released by Gallup on Monday.

Gallup’s Economic Confidence Index dropped to -7, down from +2 in April and back to the level registered in March.

Gallup said the recent shifts in confidence “may reflect public reaction to a stronger-than-anticipated jobs report in April, followed by a weaker-than-expected report in May.” It is also likely that confidence has been shaken by rising prices and shortages of some products and materials, including the recent widespread gas shortages.

In February of 2020, prior to the pandemic hitting public perceptions, Gallup’s economic confidence index stood at 41. 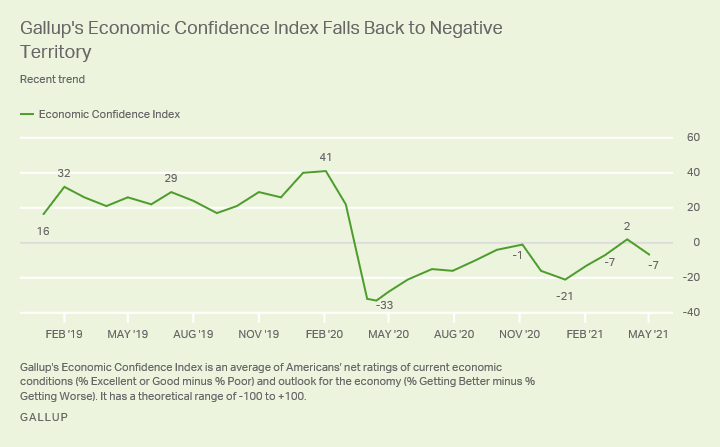 The decline in May came mostly from a sharp drop in Republican confidence in the month. Republicans in the index register at -52, down from -35 in April. Democrat confidence declined from 31 to 27. Independents went from -4 to -3, a slight improvement.