Eighty-two percent of manufacturing companies in the Philly Fed’s survey reported paying higher prices for the inputs of their products, while just one percent said costs of input had fallen. As a result, the diffusion index moved up four points to 80.7, the highest reading since June 1979. 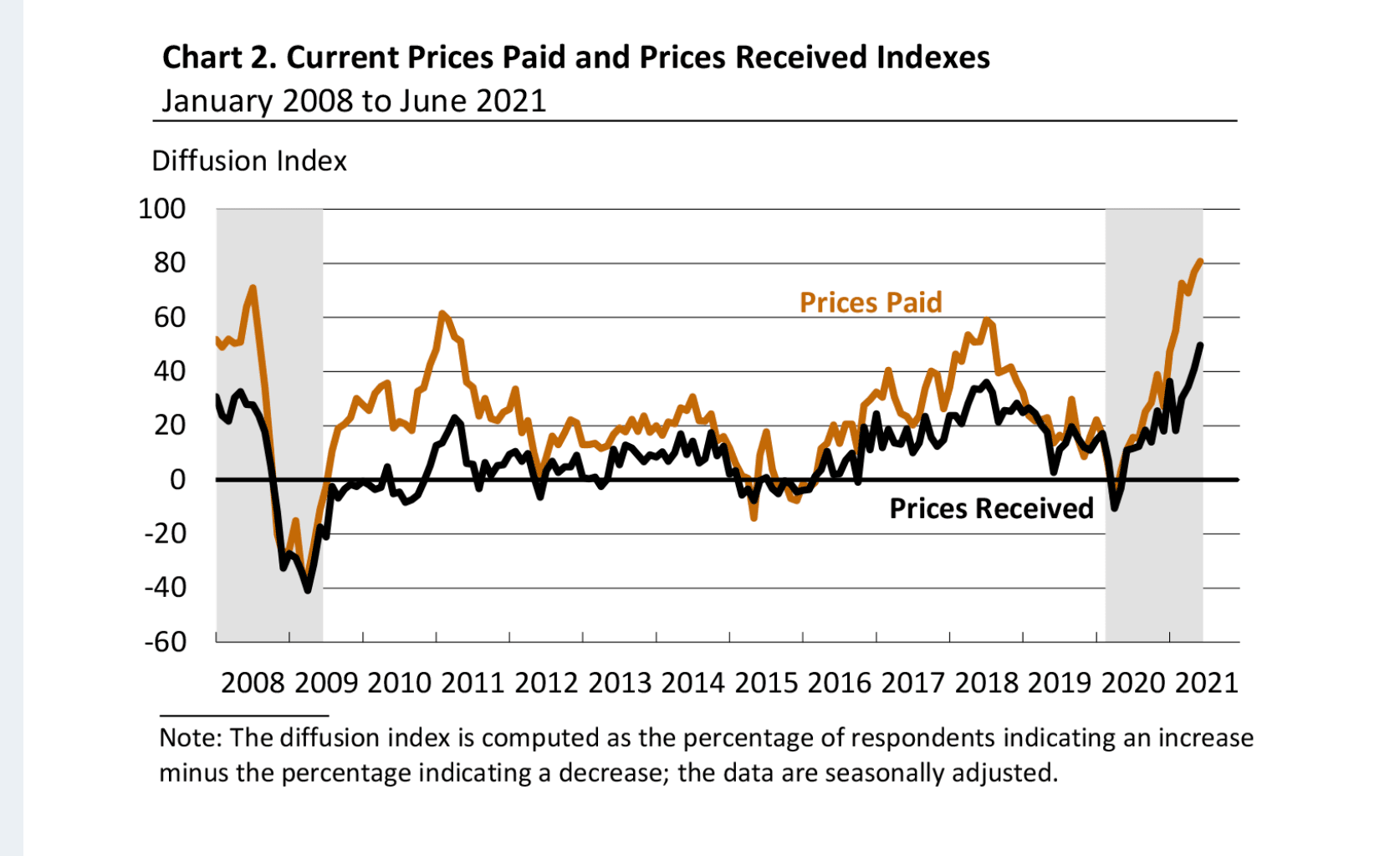 Many of those companies are succeeding in passing on at least some of those higher costs to customers.  Over 51 percent of the firms reported increases in prices received this month (up from 43 percent last month), while only 2 percent reported decreases (the same as last month). The current prices received index rose for the fourth consecutive month, moving up 9 points to 49.7, its highest reading since October 1980.

The survey indicates that manufacturing continued to grow in June, although the indexes for new orders, unfilled orders, and inventories fell. This suggests that high inflation is weighing on output.

The report covers the Philadelphia Fed’s home territory of over 13.3 million people in Delaware, southern New Jersey, and eastern and central Pennsylvania.