The median respondent in a July survey of consumers expected an inflation rate of 3.7 percent in three years’ time, the highest since August 2013. A month ago, the median expectation was for 3.6 percent.

Expectations for inflation over the next year inched up to a record 4.84 percent from June’ 4.80 percent. 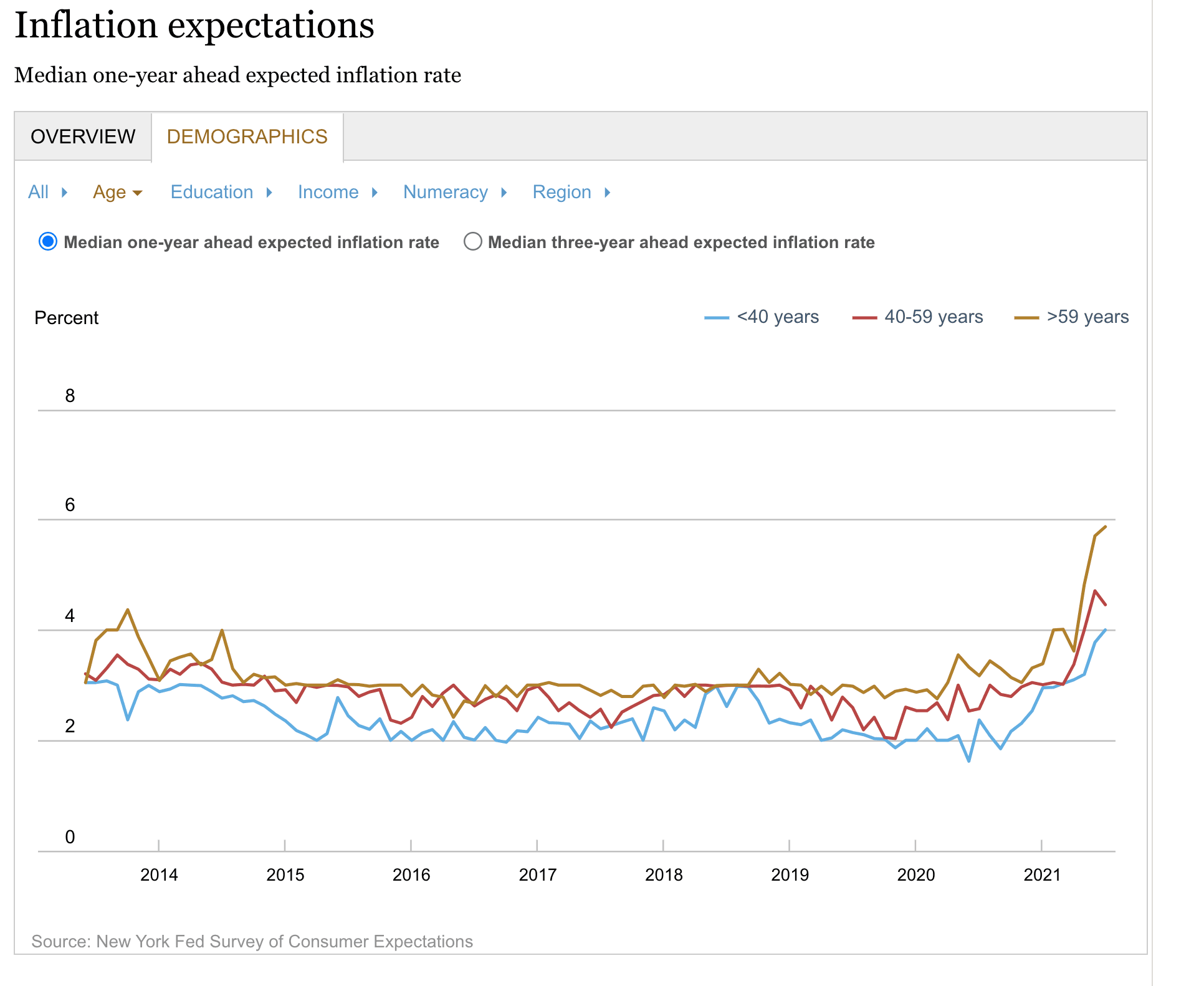 The median expectation for rents is an increase 9.8 percent in the coming year, the highest reading since the survey began in 2013. Medical care costs are expected to rise 9.5 percent. Gas is seen as rising 8.1 percent, down from 9.2 percent a month ago. The median expectation for food is a rise of 7.1 percent, down from the 8 percent record high hit in June.