California Port of Los Angeles and Long Beach are set to fine ocean carriers November 1 for remaining docked at terminals beyond the allotted time.

For those containers being offloaded to truckers, the shipping companies will be fined for every container sitting in the terminal over nine days, the Hill reported. If the containers are being unloaded onto railcar, the carriers will be fined $100 per container after three days. The fines will also increase $100 per day for each container. 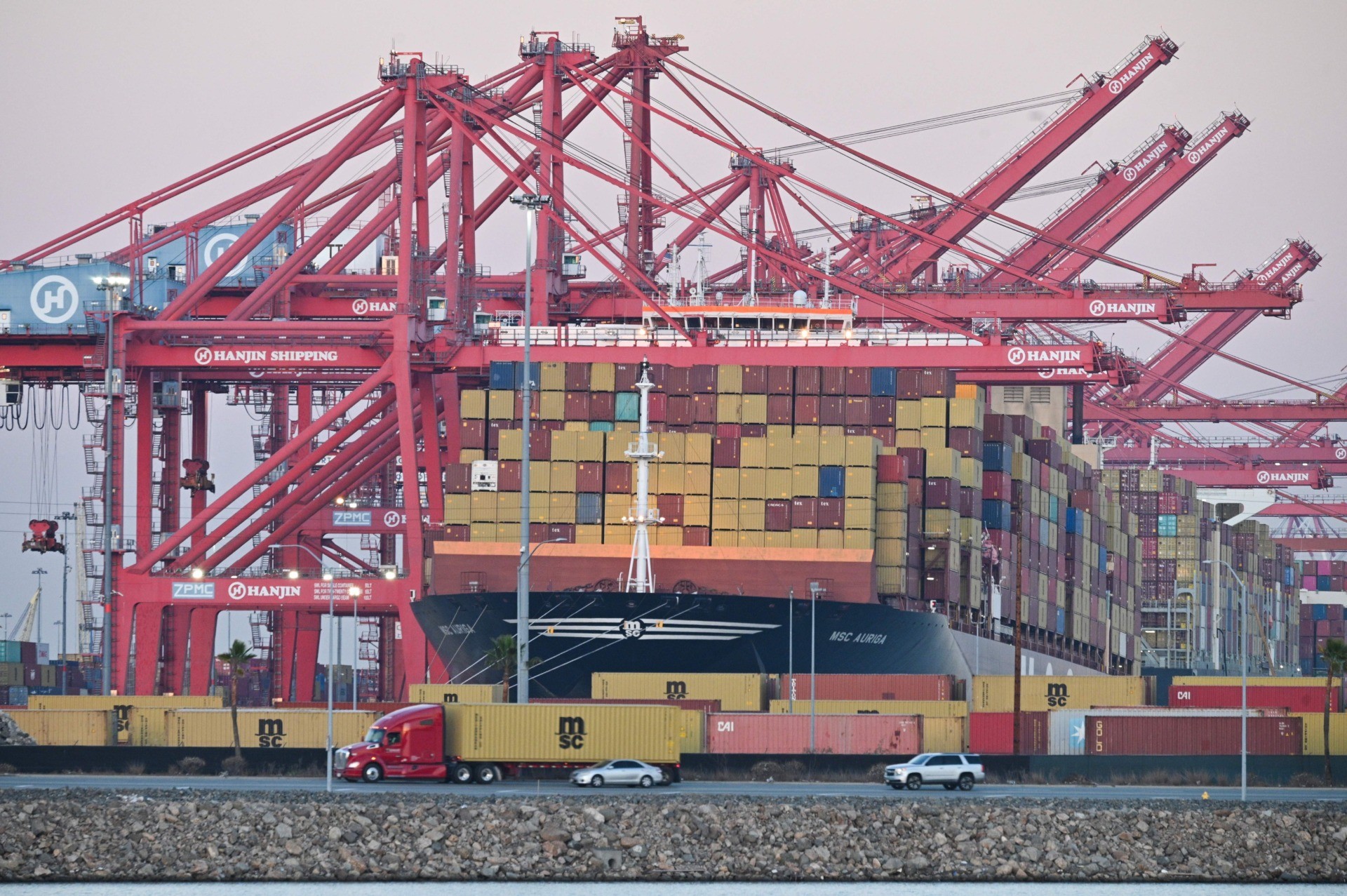 A truck drives past ships docked at the Port of Los Angeles, in Los Angeles, California, October 14, 2021. (ROBYN BECK/AFP via Getty Images).

“We must expedite the movement of cargo through the ports to work down the number of ships at anchor,” Port of Los Angeles Executive Director Gene Seroka said in a press release. “If we can clear this idling cargo, we’ll have much more space on our terminals to accept empties, handle exports, and improve fluidity for the wide range of cargo owners who utilize our ports.”

“Approximately 40% of the containers on our terminals today fall into the two categories,” Seroka added.

Port of Long Beach Executive Director Mario Cordero echoed Seroka by suggesting the supply chain crisis is due to ocean carriers not unloading quickly enough. “With the escalating backlog of ships off the coast, we must take immediate action to prompt the rapid removal of containers from our marine terminals,” he told the Hill.

But a longshoreman, who works at California’s San Pedro Bay Port Complex, told Yahoo News the labor unions are responsible for not clearing the ports quickly enough to receive containers from the ships.

Alfred also revealed there is “not enough space” to offload the containers and stack it on the port for which the unions’ red tape is responsible. “There are truck drivers that come in and are waiting for a chassis and the company does not allow us to give them it,” Alfred continued.

Carlos Rameriz, a truck driver familiar with the backlog at the port, told Yahoo News the ports are not releasing the piled up containers to the drivers. “They’re not releasing anything from [the port],” said Rameriz. “It’s been the worst month I ever had.”

Rameriz added truckers like him are waiting three hours or longer to receive a container on their trucks. The drivers are at the “mercy of longshoremen who operate on their own schedule,” Rameriz said.

The congestion at the ports has already led to shipping delays and price increases for the shipping companies. What used to take 40 days during Donald Trump’s administration to ship items from Asia to the United States now takes 73 days.

The impact of the supply chain crisis is that American families may experience the most expensive Thanksgiving celebration in the history of the holiday, the New York Times penned Monday.