Will Cyber Monday be a flop this year?

Adobe Analytics reckons that shoppers spent $9.12 billion online on Black Friday. That got touted as “a new record” high for spending in some corners of the financial media, but this view does not take inflation into account. Spending online was up just 2.3 percent from a year ago, far below the 7.7 percent annual increase in the Consumer Price Index (CPI). In real terms, spending appears to have fallen quite significantly from last year.

To get an idea of how much it has fallen, it is useful to drill down below the headline CPI figures. After all, people are probably not buying much gasoline online. If we exclude energy, prices are up seven percent. Excluding food, energy, and shelter, prices are up 5.8 percent. Excluding services and used car prices as well gives us an inflation rate of 5.9 percent. Charles Gascon and Cassandra Marks, economists hailing from the Federal Reserve Bank of St. Louis, recently calculated the average inflation rate for a basket that they figure represents holiday gift shopping. This came out to 3.4 percent. So even by the most restrictive measure, holiday spending online appears to have declined.

Of course, the year-over-year inflation numbers are dated. The latest CPI reading was for October. As a result, these figures do not reflect holiday discounting. If discounts are deep enough—and anecdotally, they appear to be very deep, outside of luxury categories—it may be that shoppers are picking up more gifts than the sales numbers imply. That, of course, would mean declining margins for online retailers.

Tracking sales in real time is not easy and certainly is not a precise science yet. Salesforce, which also follows online spending, estimated that online sales hit 15.2 billion on Friday. It gets even trickier once we start to include physical Black Friday shopping. Mastercard SpendingPulse says online sales were up 14 percent from a year ago, and physical store sales rose 12 percent. RetailNext estimates that store traffic rose seven percent on Black Friday, but sales were up just 0.1 percent and spending per customer fell seven percent. Sensormatic Solutions, which tracks store traffic, said there were 2.9 percent more shoppers in stores.

Anecdotal evidence indicated a pretty bleak Black Friday. Shopping malls were not crowded, according to multiple media reports. The atmosphere was described as “muted” over and over again. Wall Street’s analysts say high end stores saw decent traffic, as did low end stores. The middle of the market, however, was desolate. 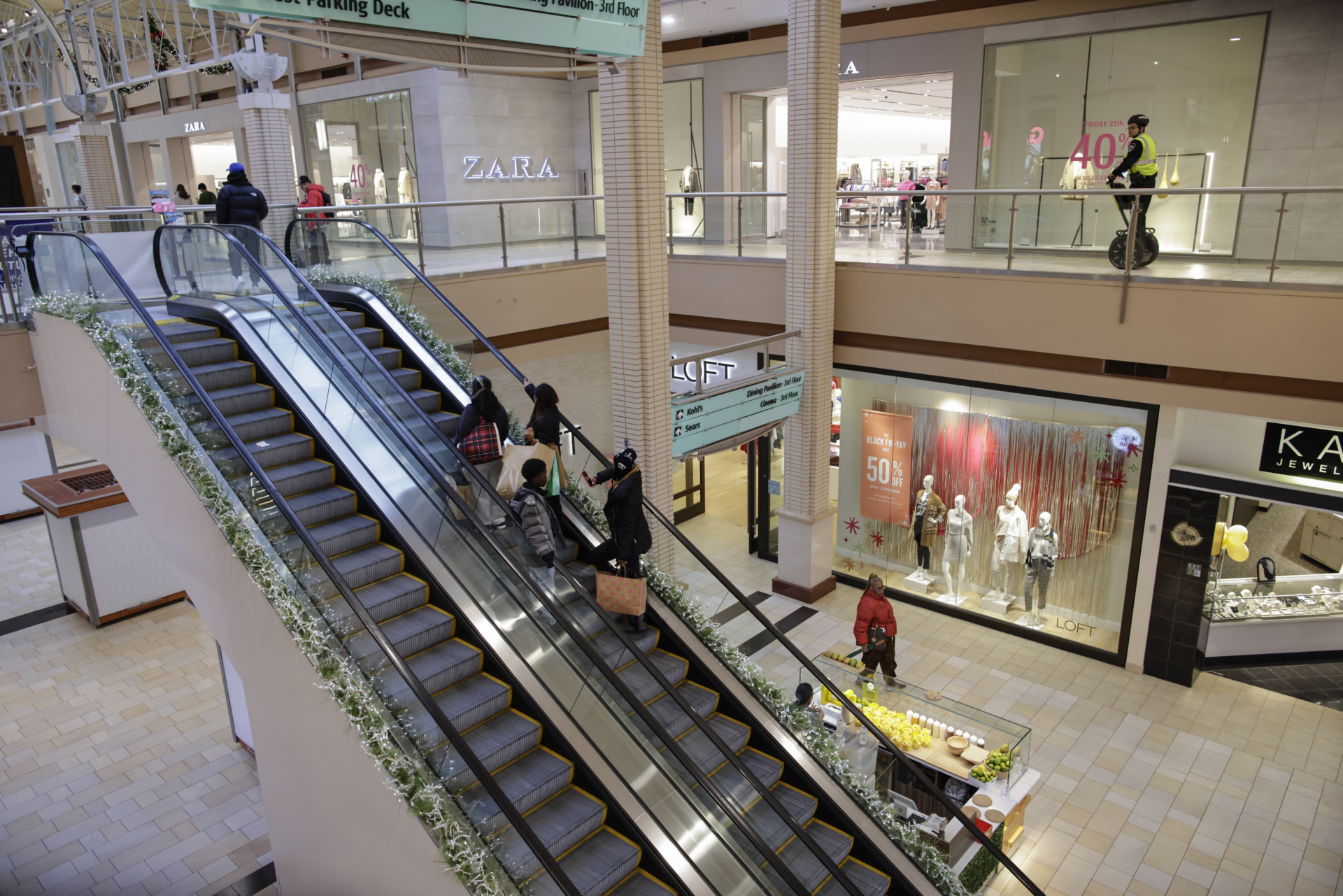 We strongly suspect that retail sales through the holiday season will disappoint. Wall  Street expects a “resilient” consumer this year, and many analysts point to the stronger-than-expected October sales figures as a sign of strength. Last year, however, this line of reasoning turned out to be wrong. More early holiday shopping meant fewer last-minute trips to shopping malls or department stores. With consumer sentiment once again sagging and with widespread expectations of a looming recession, consumers are unlikely to be in the mood to spend a lot this holiday season.

What’s more, many will not be able to spend more on gifts because of the high prices elsewhere. Gas prices are up an annualized 12.6 percent from a year ago. Airline tickets are up 45.6 percent. Gascon and Marks say the average price of holiday travel will be up 29.2 percent. Food prices are up 13.3 percent. That is not going to leave a lot left over for extra gifts under the tree.