Gamers got their first look at Battlefield Hardline’s singleplayer campaign, from developer Visceral Games and publisher Electronic Arts, at the Gamescom gaming convention in Cologne, Germany, on Wednesday, but the reveal included an unexpected partisan shot across the bow of conservative gamers. The Battlefield series, created by Swedish development studio DICE, has been largely apolitical since its first installment was released in 2002, but that appears to have changed with Visceral Games taking the lead on the latest release.

The Hardline demonstration opens with the player character, Nick Mendoza, and his partner Marcus Boone meeting with a criminal contact, Tony Alpert. The situation soon turns sour as it’s revealed the meeting is a setup to capture Mendoza and deliver him to a crime boss. Imprisoned in a decommissioned missile silo, Mendoza must escape his captors and sneak through the underground bunker to gain his freedom.

Along the way, Alpert can be heard ranting over the complex’s PA system, proclaiming himself a “one man island of armed sovereignty” and complaining about how “bilge… is pumped into young minds” by educators across “these once-united states” that has led to the “denigration, the humbling, the tearing down of everything that made this country great.”

Guards can also be heard complaining about how the gang used to associate with “scumbags” like Marcus, who is black, as well as “Mexicans” and “hippies.” While discussing the bounty placed on Mendoza’s head that led to the double-cross, one enemy remarks, “A quarter-million bucks for a Mexican? Shit, man, I didn’t know they got so expensive.”

All of this could be interpreted as simply painting the enemies as a white-power criminal gang, the kind of hard-right boogeymen that progressives like to use as analogues for all conservatives, but a sequence later in the demonstration makes it clear the developer has a much more specific group in mind. 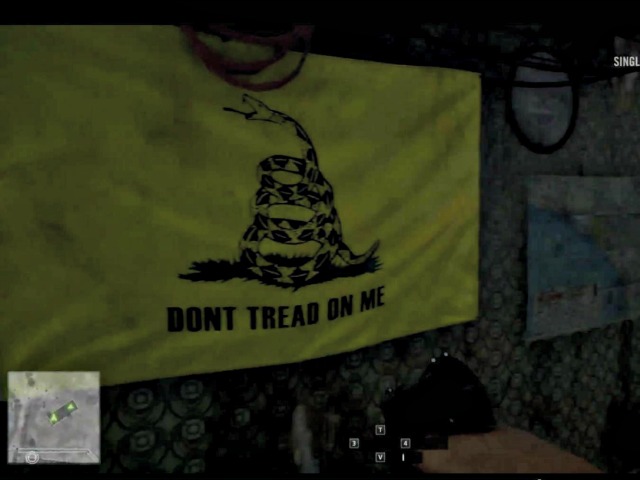 Politics aside, the rest of what was shown of the game’s singleplayer campaign looked fantastic. The visuals are stunning, running on series creator DICE’s Frostbite 3 game engine, and the gameplay looks varied with an emphasis on player choice. The demo showed the player having the option to stealthily avoid and neutralize enemies, using surprise to disarm and detain them with handcuffs, or to engage in blistering shootouts.

When the action goes loud, the environmental destruction that has been a hallmark of the series since its introduction in 2008’s Battlefield: Bad Company was on full display, as walls and cover were shredded by bullets and explosions. The use of gadgets like a scanner to identify and tag hostiles and the use of a grappling hook and zipline to escape overwhelming odds also point to a much more open and dynamic singleplayer experience.

The political posturing on display, however, is sure to turn off some gamers. Whether the sequence shown at Gamescom is simply a one-off encounter or indicative of more partisan messaging yet to be revealed, its inclusion in the first demonstration of the game’s singleplayer storyline is sure to make conservative gamers wary of what other surprises may await them in the finished product.

Battlefield Hardline is scheduled for release in March 2015 on the Xbox 360, Xbox One, Playstation 3, Playstation 4, and PC.