Ariana Miyamoto, the first ever biracial woman to be crowned Miss Japan, is fighting off critics who say she “isn’t Japanese enough” to represent her country in the upcoming Miss Universe Pageant, because her father is black.

The 20-year-old speaks fluent Japanese and was born and raised in Sasebo, Nagasaki, but moved to the United States to complete high school before returning to Japan to pursue a career in modeling and pageantry.

She says she didn’t expect to excel in modeling due to her “foreigner look.”

“It makes me uncomfortable to say she’s representing Japan,” wrote one online critic, reports The Daily Mail. “Is it okay to select a hafu to represent Japan?” asked another. 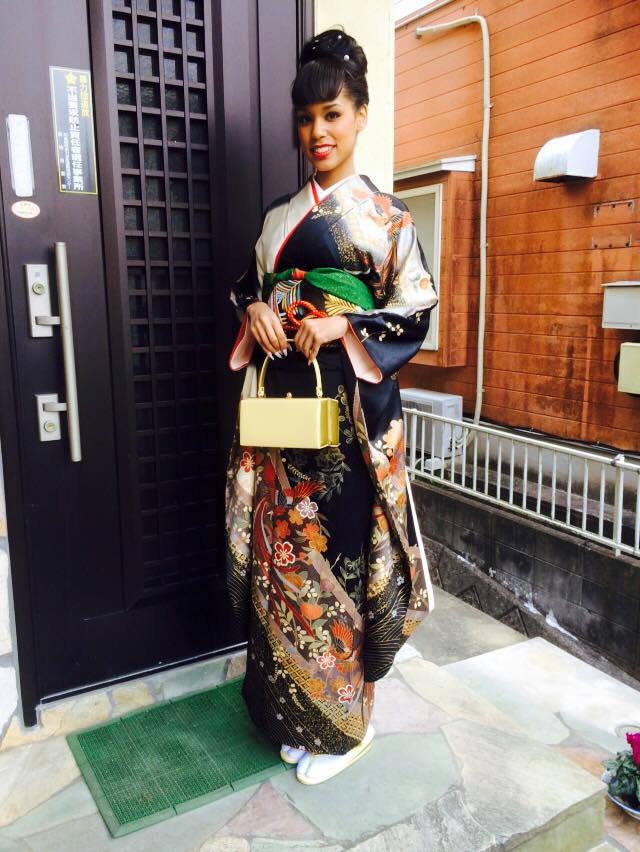 In Japan, Miyamoto is referred to as a “hafu,” a commonly used derogatory term given to someone who is biracial.
Others attacked the young woman because her face didn’t “look Japanese” or it was “too gaijin,” meaning outside person.

Although her mother is Japanese, the beauty queen is being labeled as an outsider by some who don’t feel she will adequately represent their native land. Some have expressed sentiments that their country deserves a “pure-blooded Japanese beauty.”

In her first television appearance since being chosen to represent Japan in the upcoming pageant, Miyamoto explained to reporters how she’s very much Japanese on the inside, although she doesn’t necessarily  “look Japanese on the outside.”

Japan is one of the least ethnically diverse countries in the world, with 98 percent of the population being Japanese nationals.

Megumi Nishikura, who helmed the film Hafu: The Mixed-Race Experience in Japan, told NBC that Miyamoto’s selection as Miss Universe Japan is a huge step in the right direction for the country to redefine what it means to be Japanese.

“The controversy that has erupted over her selection is a great opportunity for us Japanese to examine how far we have come from our self-perpetuated myth of homogeneity while at the same time it shows us how much further we have to go,” she said.

While some have frowned upon Ariana’s new title as the first biracial Miss Japan, others have shown their support:

The new Miss #Japan is refreshingly different from any of her predecessors. http://t.co/UUrr9EZ7UO (Kyodo photo) pic.twitter.com/oR9iqq6PvC